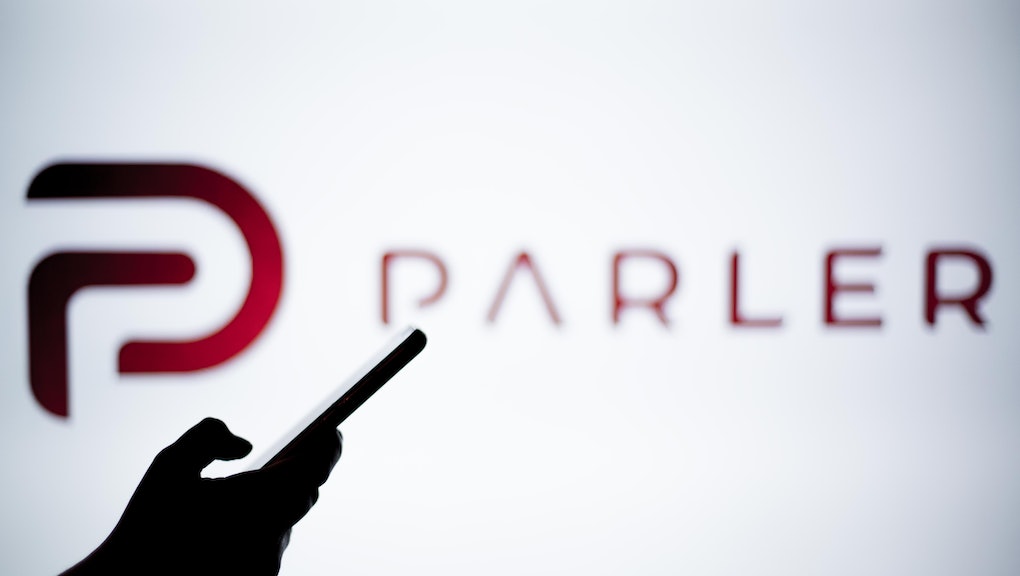 Turns out Parler has accounts for a bunch of police departments

Controversial right-wing Twitter clone Parler has become the go-to destination for white supremacists, QAnon believers, Trump supporters, and insurrectionists. So you might be wondering why the Los Angeles Police Department, as well as other law enforcement agencies around the country, are hanging out on the platform. (Or maybe you're not wondering at all and feel like the answer is painfully and upsettingly clear.)

Either way, a recent report from The Daily Beast highlighted a number of police departments that created accounts on the platform and have continued to maintain a presence despite Parler's association with the storming of the Capitol on Jan. 6.

According to The Daily Beast, a number of police departments created Parler accounts as the platform was growing in popularity during the summer of 2020, when police brutality against people of color was in the spotlight. Mainstream social media at the time was awash with footage of police violently reacting to overwhelmingly peaceful protests and gatherings. Parler, by contrast, had a much stronger contingency of "Blue Lives Matter" types; a report in November published by Police1 — a publication maintained by LexiPol, a private company that works with police departments and local governments to develop favorable policies for law enforcement — called Parler a "pro-police platform."

The LAPD, the largest police force to maintain a presence on Parler, told The Daily Beast that it joined for the purpose of community outreach. "The LAPD has a presence on a wide variety of social media networks including but not limited to Twitter, Facebook, Instagram, Reddit, Snapchat, TikTok, and Nextdoor, with the goal of reaching as large of an audience across various demographics,” a spokesperson for the department said. The police departments in College Station, Texas, and Wasilla, Alaska also created accounts on Parler, but said they did so simply to make sure no one else takes their handle. Another report from Spectrum News found that the Fort Worth Police Officers's Association joined Parler earlier this year; the agency also claimed to have joined to keep others from claiming the username.

While the police department accounts may just be handle-squatting or reposting the type of content that also appears on Twitter and Facebook, individual police officers have used Parler to express more traditionally Parler-esque views. A police officer in Pacific Grove, California, was fired from the force after posting "Fuck Black Lives Matter" on Parler. A police chief in Arkansas resigned from his position after it came to light that he posted a series of posts on Parler threatening to "shoot and kill" Black Lives Matter supporters and Democrats.

It's worth noting that a report from Gizmodo that used GPS data from Parler posts to track where they originated found numerous instances of posts being made at police departments and military bases, suggesting that there is a significant law enforcement presence on the far-right platform. Considering the disturbing trend of white supremacist infiltration of these areas of law enforcement — and the long history of white supremacy that is tied to police forces and the military in general — the popularity of Parler amongst the ranks of these organizations shouldn't come as much of a surprise.

After the attack on the Capitol, the LAPD deleted its Parler account, according to The Daily Beast. Other police departments remain on the platform but do not actively post. The same likely cannot be said for officers within the ranks of these agencies, though, who may still frequent the far-right platform — though perhaps more discreetly to avoid detection.