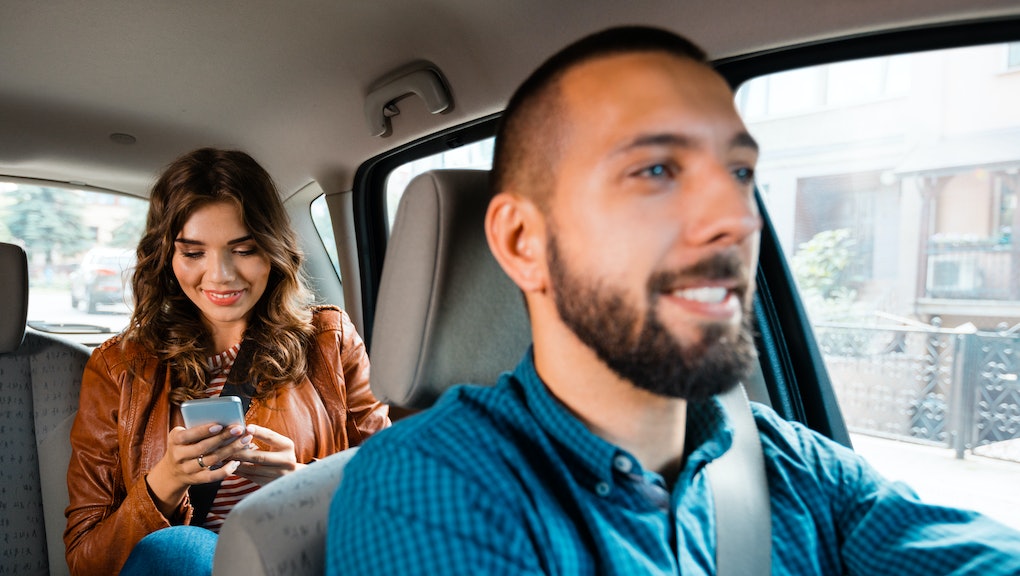 Uber partners with Cargo to launch shopping app for riders

Many of us already use Uber on a regular basis, hailing cars from the rideshare company to get us from point A to point B on an on-demand basis. But the company isn't satisfied with just providing your personal taxi services. It's going another step further now with a new extension of Uber's partnership with the company Cargo to allow drivers to sell a range of items to riders, up to and including Apple AirPods, Oculus virtual reality devices, and even Glossier makeup.

Uber and Cargo have announced a new dedicated app expressly for this purpose: the Cargo Store App, the "first-of-its-kind curated marketplace" exclusively for anyone who rides in an Uber. It's set to offer 10% back in Uber credits with every purchase, which isn't a bad deal for anyone who spends a lot of time taking trips with the ride-sharing company.

This comes as the latest update from Uber in a big year that saw it going public this May. Initially, their IPO had a strong showing at $45 a share, but during its first trade it fell to $42, continuing to fall from there after its initial bid on the market. That seemingly hasn't slowed any announcements, as the app has introduced features like Uber Copter, which lets you skip airport traffic in New York City by taking a helicopter and flying above it all and a "Quiet Mode" that lets certain users preemptively avoid potentially awkward conversations.

The Cargo store app's officially open as of July 17, and features a variety of different deals for riders to peruse on the way to their destination. One such option is a "Daily Deal" that will span various popular consumer products, like an Amazon Echo or a set of Away Luggage, all with the aforementioned 10% back in Uber credits. Once earned, those credits can simply be applied to future rides or even Cargo purchases, meaning everything you buy continues to be cycled back into Uber and its shopping app.

But how's it work? It's pretty simple. Once you're in an Uber with a Cargo box, you just need to get your driver's QR code or Snapcode, then go to cargo.menu via web browser. That's all you really need to do to start shopping. After you're finished, you can check out using a variety of different payment apps, and that's the end of your part of the transaction. But that's not the coolest part. For items in the Cargo Box, since the driver actually has these in stock, you'll get them at the end of your ride. The driver will hand over the products when the vehicle has come to a complete stop, and you can leave your ride with your shiny new goodies. Should an item need to be shipped, the Cargo Store App offers free shipping and you'll get your stuff within 5 business days, though, according to Uber, it usually arrives in about 2.

Previously, the two entities joined forces to allow Uber to test the sales of snacks, beverages, and even phone chargers. This new selection of items takes things a huge step forward with the offering of goods like this during your ride:

Right now, the experience unfortunately won't be available for everyone. You can experience it in the United States in locations including New York City, Los Angeles, San Francisco, Chicago, and Miami, as well as two Brazilian cities: Rio de Janeiro and Sao Paulo. It's on its way to Mexico in the near future, but hopefully it'll roll out to more than just ten U.S. cities in the future.

Could Uber's Cargo Store be the future of shopping while on the go? It's a little too early to say, but the concept is certainly worth keeping an eye on, especially when we live in a world that's all about instant gratification. Only time will tell whether our transportation will turn into mini-malls, but for now, it looks like it's time to start hitting the road for some good, old-fashioned shopping.