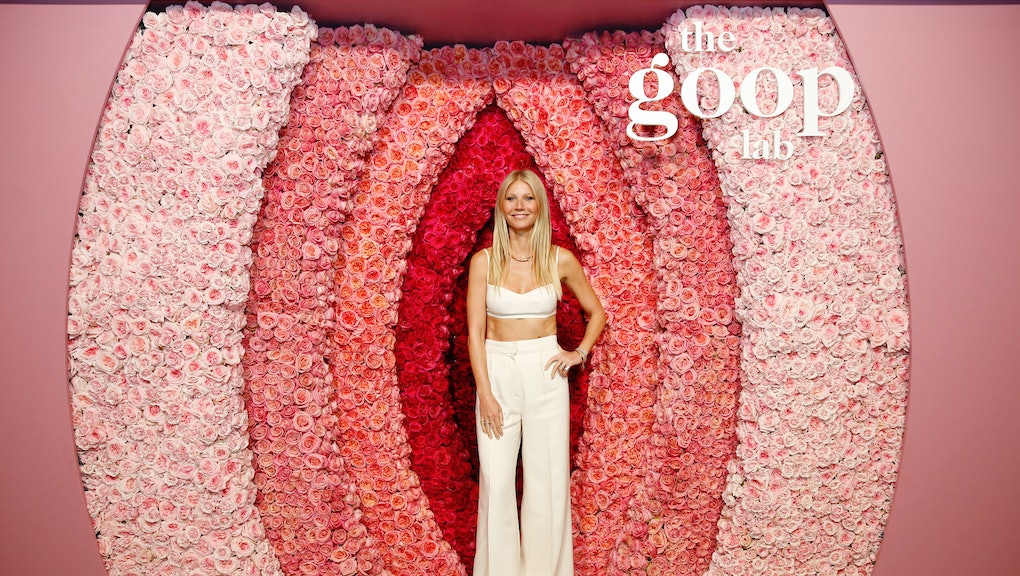 So, here’s a safety bulletin for anyone in possession of one of Gwyneth Paltrow’s notorious vagina candles: evidently they get a little too excited and explode sometimes. A “This Smells Like My Vagina” candle belonging to a London woman reportedly combusted when she lit it, turning her living room into an “inferno.” The owner of the devil candle, Jody Thompson, said she won it from an online quiz, and it seems like that’s where her luck ran out.

“The candle exploded and emitted huge flames, with bits flying everywhere,” the 50-year-old Thompson told The Sun. “I’ve never seen anything like it. The whole thing was ablaze and it was too hot to touch. There was an inferno in the room.” After battling nearly two-foot tall flames, “we eventually got it under control and threw it out the front door,” she said.

Everyone’s all right, but Thompson said the fiery saga was frightening, nonetheless. “It could have burned the place down. It was scary at the time, but funny looking back that Gwyneth’s vagina candle exploded in my living room,” she said.

The New York Post got in touch with Goop, Paltrow’s wellness brand, for comment and to inform them of the candle-gasm. A spokesperson gently implied the exploding vagina votive might be a fake, noting that since Thompson didn’t buy it from Goop, “we aren’t able to verify its authenticity.”

“However, the factory that manufactures the Goop x Heretic candles is certified by the National Candle Association of America, which regulates that candles meet stipulated safety guidelines and ASTM and CPSC fire safety protocols,” the spokesperson, Noora Raj Brown, said via email. “As a precaution, we’ve alerted the manufacturer to the woman’s issue and have also reached out to her to send her some Goop products to help pass the days in quarantine,” she added.