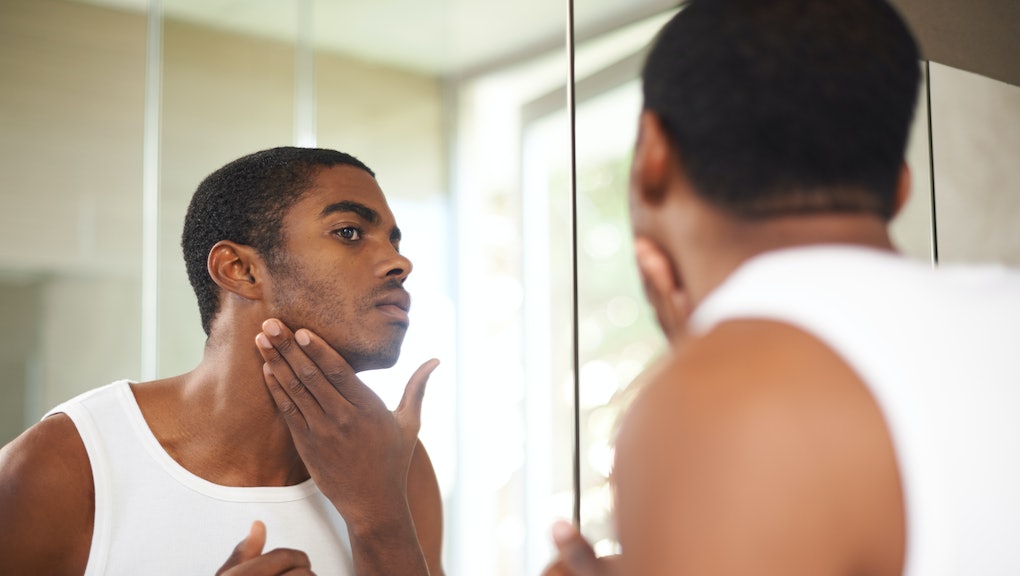 Unexpected ways your body changes as it ages

I’m now in my very late 20s (otherwise known as my 30s) and I’ve started noticing some changes in my body and face. For one thing, I have frown lines. While those little parentheses that hug my mouth are expected, every week seems to bring a new shift in my body that I am a little bit less ready for. Aren’t these things supposed to happen much later in life? I decided to explore what else I’m in store for. Turns out, there are some rather unexpected ways that your body ages. Read at your own risk.

My lips are not as full as they were when I was in my 20s. After a little hesitant research, I found that our lips get smaller as we age because they’re slowly drying out. Look, some of us will experience this cryptkeeper filter more than others, but I just thought I’d warn you.

“As we get older, many things change in our skin, including collagen, elastin, and hyaluronic acid production,” Peterson Pierre, a California-based dermatologist, says. Collagen, elastin, and hyaluronic acid are all proteins that keep the skin elastic — a.k.a. firm — and dewy. When production of these proteins drops, so does the skin's ability to hang onto moisture and the lips get dry, says Pierre. Consequently, our lips tend to shrivel up over time.

Hyaluronic acid is the main hydrator in the skin and can hold up to 1000 times its weight in water, Pierre tells me. That’s why you see Eva Longoria on TV peddling the stuff in a bottle. It can plump and revitalize your skin, which can make you appear younger. Before you spend your savings on a boatload of Hyaluronic acid, though, know that it’s not literally going to turn you into your 20-year-old self again, and before taking any new supplements you should talk to your doctor.

I noticed that my leg hair at 38 is more wild, less organized in its growth pattern, and a little drier no matter what I do or how much I moisturize. It turns out I’m actually noticing something in my hormones that’s changing as I age.

In addition to genetics, men tend to go bald because of a breakdown product of testosterone called dihydrotestosterone or DHT, says Pierre “DHT acts on susceptible hair follicles and causes them to thin over time,” Pierre says, adding that if this goes on unchecked, those follicles eventually disappear leaving guys with a bald head… Or legs. I have a friend who told me once that his legs went bald one day in his 40s and never came back. And while I perceived this as a gross exaggeration, it can happen. No longer having leg hair is actually a possible consequence of aging, dudes.

This phenomenon is not limited to men, though. Women can also look forward to thinning hair as they age, and again, hormones are the culprit. For women, estrogen decreases over time, t, their hair growth cycle decreases, and this leads to gradual thinning, Pierre says, adding that the pigment-producing cells in our hair also gradually decrease in number and die, which causes the change in hair color to grey or silver.

While they may seem like different issues, there’s a connection between how the aging process affects the hair and skin.“Age-related changes happening in the skin will also be reflected in the hair. Loss of collagen, elastin, and hyaluronic acid lead to dry skin with associated changes in hair moisture and texture,” explains Pierre.

This possibility was so horrifying to me that I decided to give it its own line item. You can lose your pubic hair as you age. This is the kind of thing you don’t hear about because it goes undiscussed in polite society. But, luckily for you, I’m not polite. I’m telling you now, people with balls — your balls could go bald one day.

It’s those pesky hormones again. “Hormonal changes are responsible for age-related loss in pubic hair,” Pierre says. “During puberty, we experience a surge of hormones that are necessary for our growth and development. However, as we get older, those hormones decrease and can lead to a decrease in pubic hair.”

Given that some of us shave down there, we might not even notice. For those of us who like a nice 70s bush, however: Be warned.

I’m about to write the realest line I’ve ever written about myself in my almost decade-long writing career. My balls are longer than they were when I was 20. Please don’t send this article to my family.

Everyone makes jokes about saggy boobs and wrinkly scrotums on old people but they don’t realize that there’s a process — that between age 20 and age 70 there are 50 years of gradual sagging. This is normal and nothing to be concerned about, so don’t go and get yourself a ball bra or something.

“Skin changes over time are largely responsible for sagging,” Pierre says. “The decrease in collagen, elastin, and hyaluronic acid least to a decrease in elasticity and firmness, so gravity's effects are more pronounced.”

Pierre also takes care to note that for people with breasts, a decrease in strength of the ligaments, connective tissues and muscles in the chest area will cause breasts to sag, too.

It’s not just your appearance you have to worry about. It’s your immune system, too

As you get older your immune system gets older too. Because of that, we are more susceptible to getting diseases like the flu. But not to worry, there are ways to mitigate that, and some are very simple ways you can fight the aging process.

First of all, just wear sunblock. “With respect to the skin, use a zinc-based sunblock daily for the best protection against the harmful effects of UV rays,” Pierre says. He adds that you can also use DNA-repair enzymes that can help reverse sun damage and even precancerous growths. If those terms are too scientific for you, of course, the now ubiquitous antioxidants can help fight off free radicals and slow down the aging process, too. “Consistent use of retinols will stimulate collagen production, while hyaluronic acid products will help replenish your skin's HA content — leading to softer, more supple and hydrated skin,” Pierre adds.

Pierre also suggests simple things you can do to strengthen your immune system, starting with nutrition. A well-balanced diet consisting of quality protein, fruits and vegetables along with adequate amounts of fiber daily, a regular exercise routine combining cardiovascular activity and free-weight exercises, but also a good supplement program including a multivitamin, vitamin D, omega-3 fatty acids, and probiotics.

Just reading that made my skin plump up a little bit, so just imagine if I actually did it, how youthful I would feel.