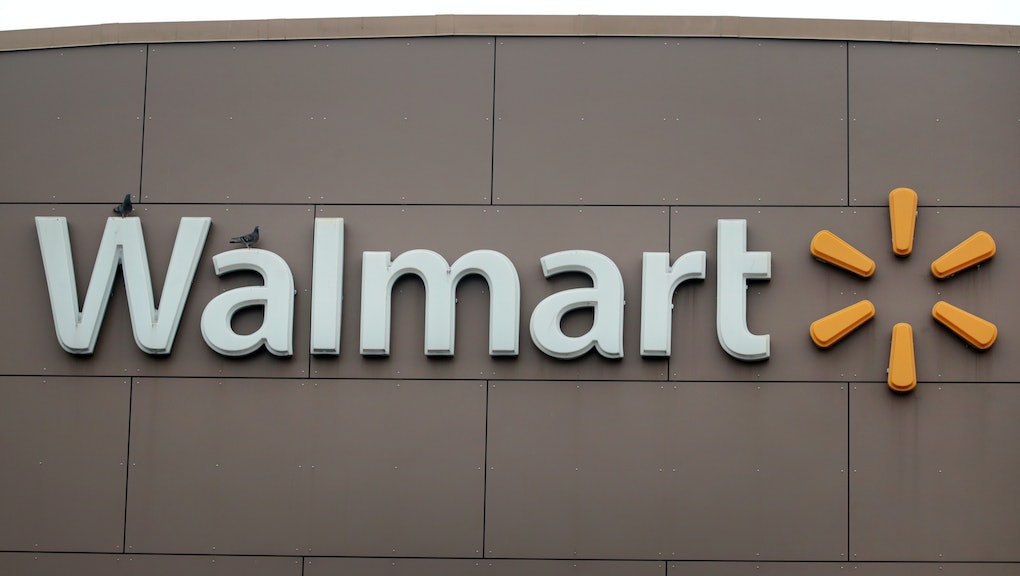 As CEOs across America attempt to out-woke each other, Walmart signaled its virtuous antiracist stance by giving customers unblocked access to “multicultural” hair products. Yesterday, Walmart said they will release Black beauty products from behind the plastic casings that they have used for years to “deter shoplifting.” In other words, the company is rolling back a policy implying that Black Americans steal. Hey Walmart, we're prepping your Nobel Prize now.

Walmart has been criticized for its policy of walling off products geared towards non-white customers in select stores for years, and in 2018, a California woman sued Walmart for discrimination over the practice after she had to be escorted to purchase a $.48 comb. The policy came under more fire recently, after a Denver reporter for CBS4 dropped this story about how products geared towards Black Americans were being kept under lock and key.

The party line — according to a statement Lorenzo Lopez, a Walmart spokesman, provided to the New York Times — is that Walmart locks up certain items at a limited number of locations to “deter shoplifters from some products such as electronics, automotive, cosmetics and other personal care products.” Other brands such as CVS and Walgreens has also been called out for similar practices.

Lopez also said, “We’re sensitive to the issue and understand the concerns raised by our customers and members of the community and have made the decision to discontinue placing multicultural hair care and beauty products — a practice in place in about a dozen of our 4,700 stores nationwide — in locked cases." Walmart does not tolerate discrimination of any kind, he made sure to add.

This is a nouveau woke stance for a company that has faced countless lawsuits for discriminating against women, people of color, people with disabilities, people who are pregnant, LGBTQ folx, and non-Christian people, to name a few. The company did pledge to spend $100 million over the course of five years to fight systemic racism, so with an annual revenue of over 524 billion, that’s about .02% of what the company makes in a year. Thanks for the super generous financial commitment to the fight for racial justice, Walmart. We definitely forgive you now.