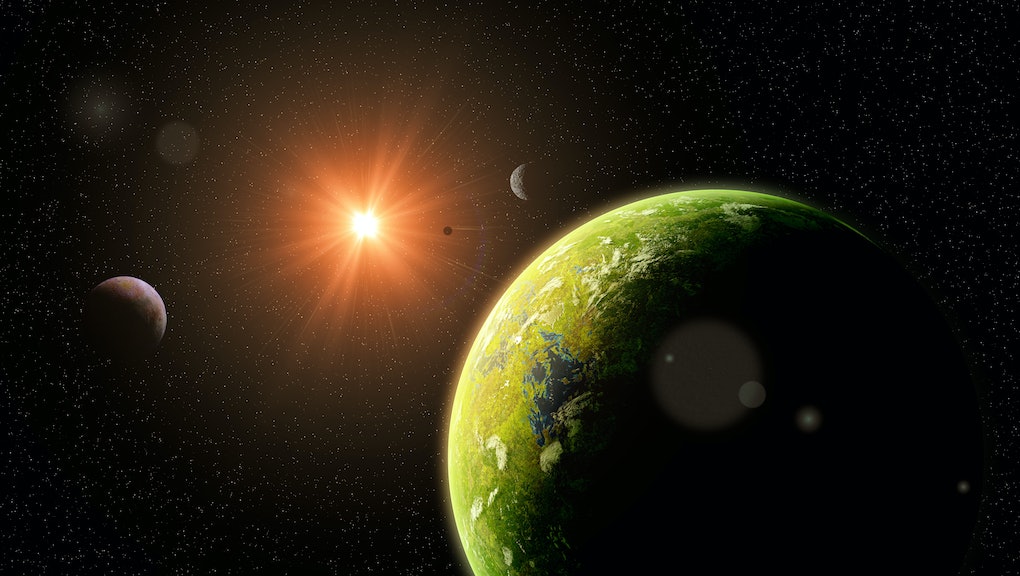 Water on exoplanets less than scientists expected, according to new study

When it comes to finding inhabitable planets in space, one of the most important things that must be present for any sort of long-term living situation is water. If there's no water on a planet, that basically rules it out as being a viable option for human colonization in the future. Researchers believe there may be a decent amount on Mars just below the surface in the form of ice, as well as elsewhere throughout the universe. One such source, according to many scientists, would be exoplanets. Many have been thought to contain water, but a new study has confirmed that there may actually be less water on exoplanets than previously thought.

Scientists gathered a series of data points from across 19 exoplanets via both ground- and space-based telescopes. They analyzed worlds that remain nearly ablaze at around 3,630 degrees Fahrenheit to a comfortable 70 degrees as well as planets as large as 600 times Earth's mass to come to a startling conclusion. While water vapor was indeed common in 14 of the 19 worlds explored, it was less than what was projected based on the amount of carbon relative to hydrogen in their atmospheres.

The silver lining that came along with this extensive research, however, is that there was detailed measurement data available for the planets in question.

The only issue that arose was that there was much less than predicted. The rest of the chemicals that made of the exoplanets' atmospheres were mainly sodium and potassium, which were mostly in line with what scientists had predicted. Water vapor was the only "problem child," so to speak, since there was much less of it, which researchers called "a big surprise."

Previous studies had suggested that exoplanets rich in certain elements, other than carbon, would also be high in water. For example, if a larger exoplanet with additional mass was rich in oxygen, it was assumed that water (an oxygen-bearing molecule) would also be found in abundance there. However, that was not the case.

With these findings in mind, scientists are re-evaluating what they know about the way planets accrue matter and chemicals such as oxygen, as well as how the Solar System's planets could have been formed in the past.

"There may be ways of making a giant planet that is underabundant in oxygen and therefore water," Madhusudhan explained. "By looking at exoplanets, we are reconsidering how planets may have also formed in our own solar system."

Scientists aren't putting a pin in their research yet, not by a long shot. In fact, they'll be continuing to inspect additional exoplanets to see if the trends they discovered previously continue throughout the rest of the solar system and beyond. With each new helping of information, it's possible that we might one day be able to complete the picture of which planets are rich in water and which ones are not.

More like this
New study confirms we're right on time for a complete societal collapse
By AJ Dellinger
For the record, this lake in Patagonia is not supposed to be neon pink
By AJ Dellinger
Amid daily reports of catastrophe, Americans are finally starting to realize climate change is bad
By AJ Dellinger
Stay up to date