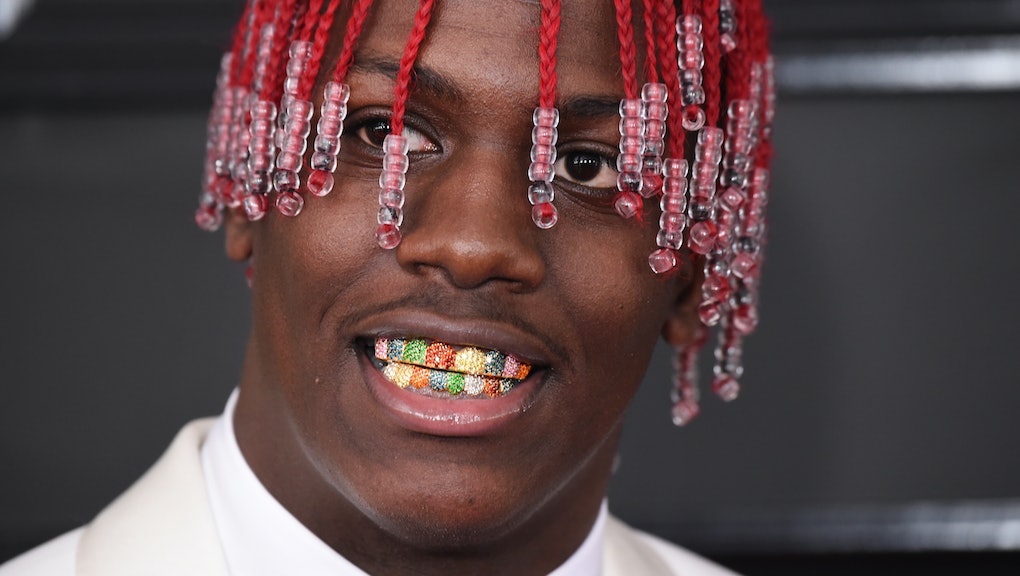 Back in December, a West Texas teenager was punished with in-school suspension for going to class with painted fingernails. You see, the Clyde High School student handbook prohibits boys from wearing makeup and nail polish. Trevor Wilkinson took his plight to social media and Change.org, where his petition to destigmatize nail art for dudes earned over 400,000 signatures.

Wilkinson also drew the attention of a rather prominent nail polish advocate, Lil Yachty, who stood up for the teen while talking to TMZ. The rapper has always had vibrant color palettes in his hair, teeth, jewelry, and more. “If someone wants to express themself in any type of way, as long as it’s not harming anyone or bringing anyone down, they should be allowed to do so,” he said in late 2020.

Yachty also used the incident as an opportunity to announce he was developing his own line of nail polish. “It’s unisex, but I want it to be more focused on for men to use it, and to be more comfortable in their own skin. Because bro, it’s 2020, it’s about to be 2021 — come on, what are barriers? We still have barriers?” Five months later, Yachty has unveiled his gender-neutral nail polish brand, called Crete, and it drops on May 21.

Picture the nail polish inventory at a typical salon or drugstore: it’s a sea of pink and pastel hues, packaged in little glass bottles that’ve become an unwitting symbol for femininity. By contrast, Yachty’s nail polish is stripped-down and minimalist, packaged in sleek black cylinders. When you click a button, it deploys a pre-wet brush like a pen, for less mess while painting. The polish comes in shades of black, white and grey.

Conservative school districts in West Texas are the outlier these days. From Bad Bunny to Lil Nas X to Harry Styles, all sorts of influential folks are normalizing nail polish for men. “If you find painting your nails is a way to show your creative side or it’s an aesthetic that fits you, you shouldn’t be judged for it,” Yachty said in a press release. “Outside opinion shouldn’t have an effect on your aesthetic and whatever you decide to do, and this line is a reflection of that.”

More like this
The creators of MF DOOM tribute comic on his legacy: "DOOM is pop culture"
By William E. Ketchum III
Jaden Smith is opening a restaurant that'll serve free food to homeless people
By Kara Weisenstein
Tom Cruise is in a space race with Russia, because nothing surprises us anymore
By Kara Weisenstein
Stay up to date