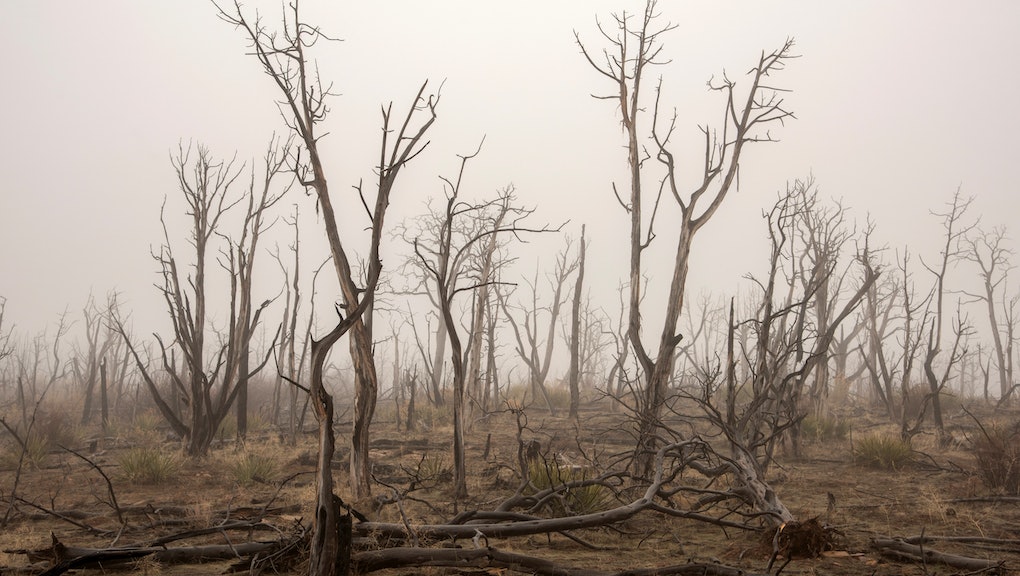 We're scared to have children because the Earth is dying, study confirms

The window for us to address human-caused climate change is rapidly closing. With each passing day of inaction, the potential for the planet to be a place that future generations might want to live becomes smaller. According to a study published last month in the journal Climatic Change, that has many young Americans wondering if they want to raise children in a world dominated by the devastating effects of climate change.

Researchers surveyed 607 Americans between the ages of 27 and 45 to ask how the climate crisis has shaped their views on the prospects of starting a family in an uncertain future. While the participants had diverse backgrounds, with different gender identities, ethnicities, and familial status (including some with children already), the response was almost universal: 96% of recipients expressed at least some concern about "the well-being of their existing, expected, or hypothetical children in a climate-changed world."

According to the study, younger respondents expressed an even higher level of concern than the overall consensus and were more likely to describe themselves as “extremely” concerned. They cited worries that any child they bring into the world might face declining conditions caused by climate change and would inherit a planet in worse shape than what the generations before them faced. A 27-year-old woman who was a part of the study told researchers, “I feel like I can’t in good conscience bring a child into this world and force them to try and survive what may be apocalyptic conditions."

Nearly 60 percent also expressed concern about the carbon footprint of having a kid. A 2017 study suggested that one of the biggest ways for American families to cut their carbon footprint is simply by not reproducing, but many argue that people should not have to forgo starting a family to counteract carbon emissions that largely come from major corporations.

According to the study, the reason so many people expressed concern about how climate change will impact their prospective children is that respondents had an "overwhelmingly negative expectation of the future with climate change."

There's certainly good reason to be skeptical that we'll ever turn things around. While there is a scientific consensus that climate change is real and caused by human activity, getting the same consensus among elected officials has been a challenge. Climate change has been turned into a partisan issue, and there has been widespread failure to adequately address the matter. Global solutions like the Paris Climate Agreement came along too late and are mostly toothless when it comes to enforcement, and a growing anti-science sentiment in places like the United States have given us leaders who actively flout expertise. Four years with Trump at the helm has left the US with an environmental horror show that must be cleaned up while the need to move forward with dramatic efforts to address climate change continues to grow.

America barely saved itself from teetering off the cliff, so it's understandable that young people might doubt that the country will ever truly get its act together and take climate change seriously. Only time will tell. The next generation's livelihood is on the line.