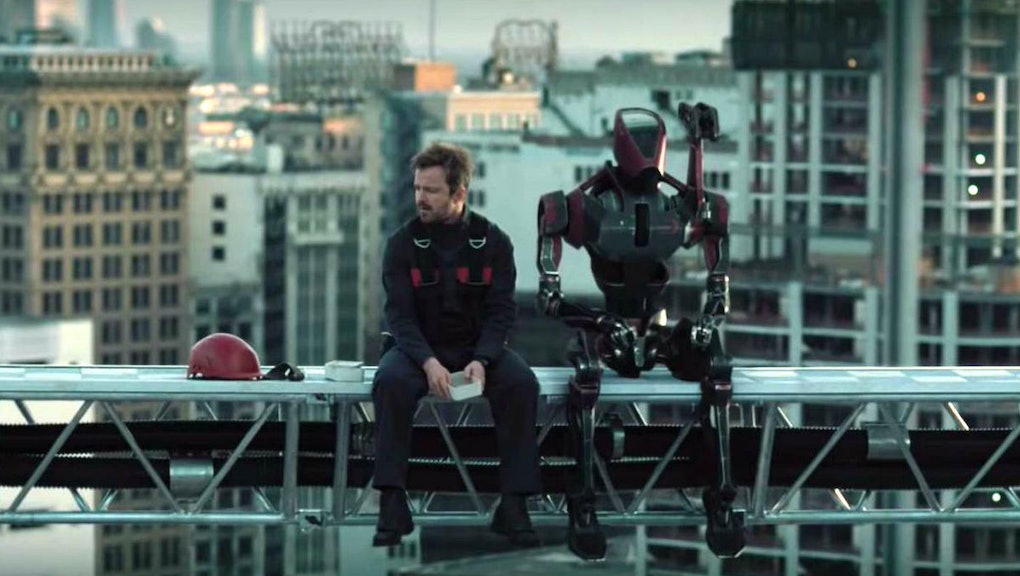 Westworld’s third season — subtitled The New World — starts out in full sprint. There’s much to catch up on now that the android hosts who comprise Westworld have freed themselves from the park’s tyranny. But the most important detail in the season 3 premiere, “Parce Domine,” is the existence of Rehoboam, introduced to Dolores by tech wunderkind Liam Dempsey Jr., whose dad conceived of and built Rehoboam over the course of 15 years. Liam gives Dolores a summary of the machine’s purpose: To “chart a course” for every man, woman, and child, keep them from wasting their potential, and in so doing solve all of Earth’s ills.

Rehoboam is a compelling enough concept to serve as the centerpiece of its own sci-fi story (not that supercomputers are foreign to the genre), but couched in Westworld’s many musings on the nature of free will and humanity, it’s an effective engine for the show's wealth of philosophical themes. Rehoboam is as complex as machines come —Liam notes that its handlers can’t track how many thoughts it has per second, then amends “thoughts” to “strategies”— and the function it serves in Westworld’s real world has equally complex ramifications. What’s the point of a supercomputer that can’t fairly delegate joy while assigning careers? If everybody has their fortunes decided for them, they might grow weary of their lot in life and maybe even disappointed, especially when life hands them lemons.

The show's third season manages to answer a lot of lingering questions about what the series has been building up to, what all of this was for in the first place. We learn in “Parce Domine” that the reason for Westworld's existence is a society searching for its own sense of purpose. “It reveals your true self,” William says of the park in the first season, as he explains who he is and how he came to be a black-hatted bad guy. It’s a playground where participants experience the visceral thrill of choice quite possibly for the first time in their lives.

Westworld (and Shogun World, Raj World, and, starting in season 3, Warworld) is a ticket to liberty, and more importantly, a pressure release for a populace doomed to follow life paths established by a device made with Death Star aesthetics. Deprived of any say over their destinies, they project their helplessness on robots that similarly have no say over their destinies, creating a feedback loop of dystopian oppression. Even at the top of the ladder, where the most privileged reside, self determination remains a myth. Liam is a figurehead for his company yet he doesn’t have full access to Rehoboam. His stature is all performative.

It’d be generous to claim that humans in Westworld are the same as androids. The hosts are the ones being tortured and killed daily in the Delos parks. The humans are the ones doing the torturing and killing. But Dolores, having escaped Westworld, now confronts the truth of mankind: They’re as bound to their narratives as the hosts. The difference is that mankind’s narratives aren’t as barbaric.

What will Dolores do with this new information as she and her fellow escapees go about slaying men who “visited” her in the park? Will she try to take control of Rehoboam or destroy it? Will she save man from man or subjugate the human race? And is Rehoboam onto her? In “Parces Domina,” as well as episodes 2 and 3 (“The Winter Line” and “The Absence of Field”), perspective shifts between characters are marked by loading screens designating geographical locations, a’la Beihai, China, and appended with descriptors like “Divergence” and “Anomaly.” If Rehoboam knows what each person in the world is supposed to be doing at any given time, then it’s probably perplexed by the presence of actors who don’t have parts written into its narrative. The implications of Westworld’s season 3 setup, and the portended conflict between Rehoboam and Dolores, both have immense potential. If showrunners Jonathan Nolan and Lisa Joy are like Liam’s father, they won’t waste it.