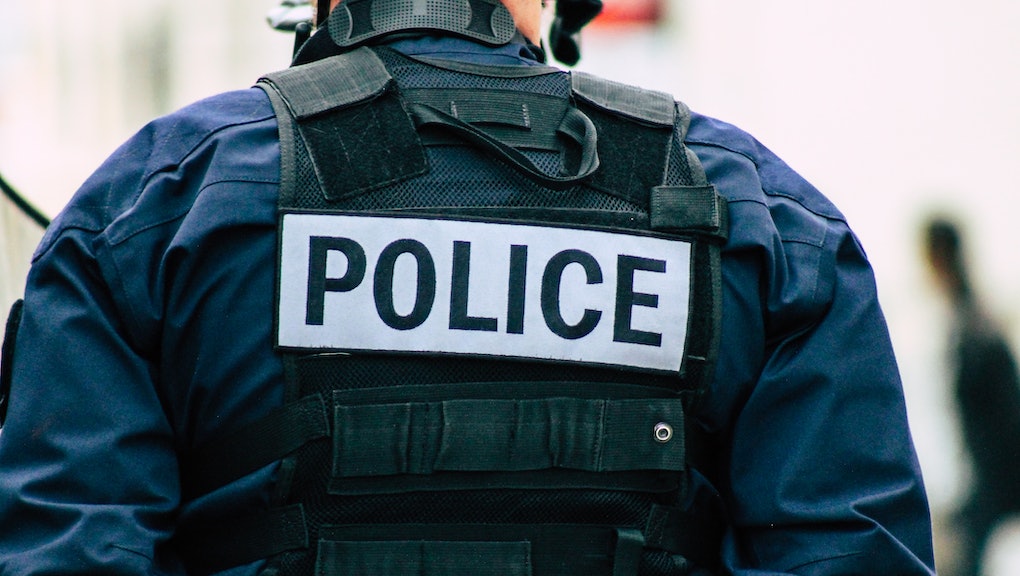 What exactly is excited delirium, the "condition" cops use to justify excessive force?

Elijah McClain, a 23-year-old Black man who was killed by police in Aurora, Colorado in August of 2019, was pronounced brain dead immediately following an encounter with Aurora law enforcement. He died from a heart attack three days after being placed in a chokehold and then receiving a high dose of ketamine in order to sedate him. Police have justified their brutality against McClain by saying that McClain was in a state of “excited delirium” that warranted the lethal force used against him, CBS reported. Since “excited delirium” is becoming a constant wolf cry when cops are accused of brutality, let’s break down what the term means.

Firstly, if “excited delirium” sounds familiar, it could be because it was also used as a justification for the police killing of George Floyd. It’s definitely not because it’s a legitimate and well-researched medical condition. In fact, “excited delirium” is not recognized by the World Health Organization, the American Psychiatric Association, or the American Medical Association. In other words, you won’t find this term in the Diagnostic and Statistical Manual of Mental Disorders (DSM) or indeed anywhere else in medical literature, CBS reported. Spoiler alert: This should clue you in that the science on this “condition” is flimsy as hell.

“Excited delirium,” is less a medical condition and more a police term, then. In fact, all the studies about “excited delirium” that I could find in my research for this piece specifically concerned the use of the term when used to describe someone who died or was injured in police custody. To be fair, some of the descriptions of delirium in the DSM could be interpreted as “excited” states, but that doesn’t mean that cops are qualified to diagnose them. But even if you’re willing to set aside the dubious delirium diagnosis, some experts are even skeptical about how law enforcement seems to be using the word “excited,” because there is no scientific consensus about what excited means.

Loosely defining “excitement” gives law enforcement a lot of leeway. “The problem with the lacking criterion for an excited state is that it allows for room for law enforcement to create the excited state that they are then diagnosing as problematic,” says says Dulcinea Pitagora, New York City-based psychologist. In other words, cops may say that they killed a suspect because he was in a state of “excited delirium” and was therefore dangerous, but actually he could have been in an anxious or excited state because of his interaction with the cops.

“If the general public weren’t afraid of law enforcement due to excessive force, interactions with them may not incite an excited state that could be read as excited delirium,” says Pitagora. In other words, cops could be creating the state of mind in people that they are then using as a justification for using force against them.

This — and the fact that police involved in a tense situation will probably also be in a state of excitement — makes it extremely unlikely for law enforcement to accurately diagnose an alleged perpetrator, Pitagora says. “Because law enforcement aren’t trained to psychologically diagnose anyone, it’s impossible for them to know what sort of mental status they’re dealing with, therefore it doesn’t seem to be an appropriate or accurate way to justify using lethal force,” Pitagora explains.

More like this
What are neopronouns and how do they honor identity?
By Tracey Anne Duncan
Racism and cocktail culture: The whitewashed history of your favorite drinks
By Joseph Lamour
All 4 officers involved in George Floyd's death will face federal charges
By AJ Dellinger
Stay up to date