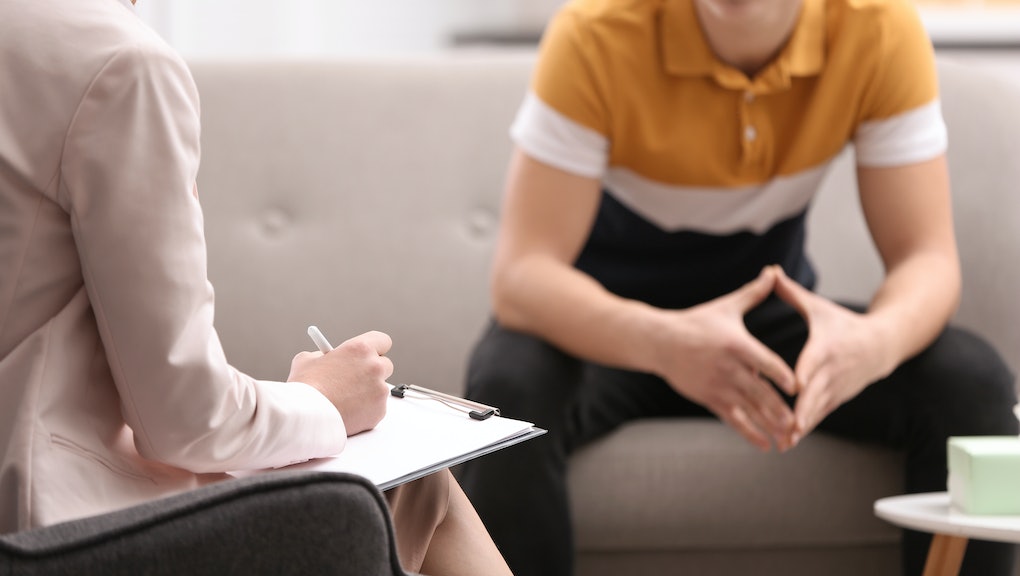 What is EMDR? The therapy practice could help you heal from trauma

“EMDR did for me what 20 years of talk therapy did not,” a friend (who also happens to be a clinical psychologist) told me recently.

“Really?” I asked, intrigued. I’ve been in therapy for three decades and sometimes I feel like I’m doing emotional busy work — as in, I keep “doing the inner work,” but the effects on my everyday experience feel relatively small. “Tell me more,” I said.

“It’s amazing,” my friend told me, “especially if you have trauma. I’ve been dealing with some ish that I’ve been talking through for years and I finally feel different. I don’t even need to take drugs anymore.”

The answer to that question turned out to be more complicated than I anticipated. EMDR, or Eye Movement Desensitization and Reprocessing, is a kind of psychotherapy that was developed in the late ‘80s by psychologist Francine Shapiro. “Francine noticed that making certain eye movements when she was thinking about a stressful event helped her feel less stressed out,” says Carol Miles, a New Orleans-based mental health counselor who administers EMDR on her clients who are dealing with past trauma. “She wondered what it meant and began researching.”

During a session, which generally lasts around 90 minutes, a therapist attempts to help clients “process traumatic memories in small increments while focusing on external stimuli (such as hand-tapping), soothing sounds, or by directing eye movement in a bilateral way,” said San-Francisco-based psychologist, Juli Fraga told VICE. EMDR also uses other kinds of physical stimulation, but Miles called eye movements “the gold standard” of EMDR.

Shapiro and her contemporaries feel that EMDR helps eliminate the triggers and physiological discomfort of trauma, there’s very little evidence yet of exactly how it works. The theory is, however, that “bilateral eye movements that activate both sides of the brain, limbic system and the prefrontal cortex activate the adaptive information processing of the brain,” Miles tells me. “When we activate the brain and the trauma that is stored in the limbic system, we get into the negative neural network by addressing the components of trauma. Then we set up the trauma processing work and guide the client through allowing their brain to heal.”

In other words, bilateral eye movements could take the negative experiences and emotions that are stored in the brain’s limbic system and move them into the prefrontal cortex, which is where we think logically and make decisions. This movement takes an emotional experience stored in the nervous system and lets us process the memory in the more logical part of the brain. Again, since this technique is so new, researchers are not jumping to any concrete conclusions as to how it compares to other forms of treatment, but anecdotal evidence is strong and there have been no noted side effects.

Another theory is that “bilateral brain stimulation has an effect on the brain that is mildly hypnotic,” said Christina Roux, a New Orleans-based psychotherapist, “It relaxes the limbic system.” That’s crucial, she said, as the only really effective treatment for trauma is exposure therapy. “But the problem is that it’s too difficult. The limbic system [can have a] terrible reaction to exposure. EMDR relaxes that part of the brain enough to where people can do the exposure therapy.” While the two therapies are different and sometimes used in conjunction, some researchers consider EMDR to be somewhere on the spectrum of exposure therapy.

A little more on the exact process: If you went to a therapist for EMDR treatment, they would take your history and develop a treatment plan to address how past traumas are currently manifesting in your life before getting started. When a plan is in place, the therapist would then prep you for the type of treatment Fraga described — eye (and other movements) — and then you’d be asked to process negative experiences or name how they make you feel, like “that made me feel unworthy.” Your therapist would then work with you on re-processing your negative experiences and reframing them in positive terms, like “I am worthy.”

It may sound like this is another bullshit plug for positive affirmations, but there’s real hope behind how bilateral brain stimulation in combination with therapy can allow people to take negative experiences, reprocess them, and then actually feel differently about them, exactly the way my friend described.

Also, EMDR isn’t just for people who want to work through trauma. Miles says that EMDR “is not a magic bean, but it is useful in a wide range of circumstances. It can help people calm down, and is useful in treating anxiety, depression, and eating disorders.”

Since EMDR has garnered a decent amount of positive attention, DIY options for the treatment have cropped up all over the internet. This particular treatment is not something you can or should do without a qualified therapist, though, even if the reality is that many of us don’t have access to a therapist we can afford. “I worry about people who have big traumas trying to work through them on their own,” Miles says. If you have some baggage you want to process, here’s a resource that can help you find a professional who can present you with some options, since the “inner work” looks a little different for everyone.

More like this
How scientists detect COVID-19 variants before they wreak havoc
By Darwin Bandoy and Bart C. Weimer
Could COVID-19 lead to erectile dysfunction?
By Melissa Pandika
Remember the vaping crisis? Well, it hasn't gone anywhere
By Melissa Pandika
Stay up to date