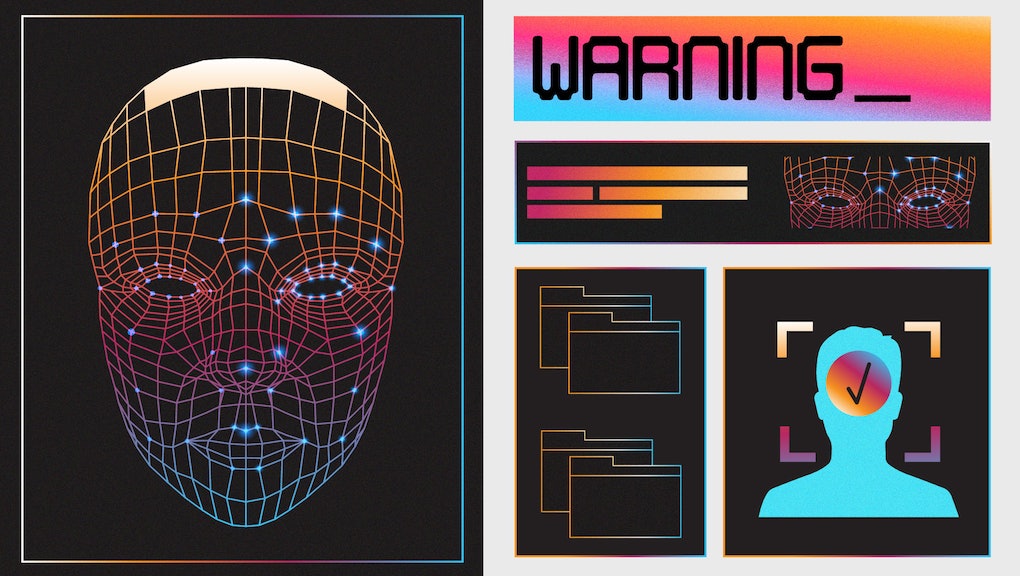 What is facial recognition — and why is it so sinister?

Technology is amazing and the more we have of it, the better — or at least, that's often the narrative we're told. But what if some technology doesn't make the world better for everyone? What if it opens up some communities to increased policing and surveillance? Do we try to fix it, or do we cut our losses? These are some of the questions defining current conversations around facial recognition.

Facial recognition has long moved past those scenes in sci-fi movies or actions films where a character scans their face to gain access to a building. Now, people use facial recognition everyday, to unlock their iPhones or apply silly Instagram filters or bypass having to remember passwords for every single app we use.

But it's also likely that you've had your face scanned multiple times without even realizing it — let alone consenting to it. Take a look at this map by digital rights advocacy group Fight for the Future to see how widespread facial recognition is in the U.S. Still, facial recognition's benefits outweigh whatever risks come with it, right? Well, let's break down what exactly facial recognition technology is, and why so many communities have taken up a fight against it.

What is facial recognition?

Sometimes, technological terms can be hard to decipher, but luckily facial recognition is pretty straightforward. Per the Electronic Frontier Fund, face recognition is "a method of identifying or verifying the identity of an individual using their face." It's a form of biometric identification, because it's using body measurements and physical characteristics to match a scan to a person.

In the U.S., real-time facial recognition has been deployed in cities like Detroit and Chicago. You may notice that these are both heavily Black cities — nearly 80% and 31%, respectively, according to the United States Census Bureau. Now, let's get into some of the concerns around facial recognition, so you can understand why I made sure to point that out.

Why is facial recognition such a problem?

Before we even talk about the impacts of facial recognition when it's deployed, we should look at the technology's first claim: that it can identify people.

The reality is that unless you're a white guy, chances are high that facial recognition won't be able to identify you at all. In 2019, researchers testing popular services from Amazon, Clarifai, IBM, and Microsoft found they were unable to classify transgender or nonbinary people. Another 2019 study found that Amazon's service, Rekognition, often classified dark-skinned women as men.

You can find plenty of stories about facial recognition sucking when it comes to identifying people of color in particular. In 2018, a report found that Amazon's Rekognition falsely matched 28 members of the Congressional Black Caucus with mugshots. Then there's Joy Buolamwini, a researcher who literally had to put on a white mask for some software to even detect her face.

That's usually the knee-jerk response when you start lying down some of the issues with facial recognition.

Longer answer: Companies like Amazon or Palantir will always argue for why facial recognition or other surveillance technology needs to exist because, well, they're making money off of it. Similarly, law enforcement will argue to use facial recognition because it gets them more money in their budgets. But at the end of the day, we don't need every form of technology that exists, regardless of what the tech bros say.

Maybe you could make facial recognition identify Black people better. That's not going to answer for its social implications, though. What happens when law enforcement are able to perfectly identify everybody at the next protest after cops somewhere have killed somebody? Many advocates say that there's no need to try to "improve" facial recognition when we could just acknowledge that it doesn't need to exist.

Who is fighting back against facial recognition?

Once a technology comes around, it's hard to imagine it ever leaving. However, technology isn't forever just because it was deployed once. Organizers in cities like San Francisco and Boston, which have both banned facial recognition, show its abolition can eventually become a reality.

A number of organizations, individuals, and communities have taken up not only the fight against facial recognition or other surveillance technologies, but also an overall reimagining of how technology can better serve marginalized communities. If you want to learn more about it, look into Detroit Community Tech, the Surveillance Technology Oversight Project, and the Lucy Parsons Labs.