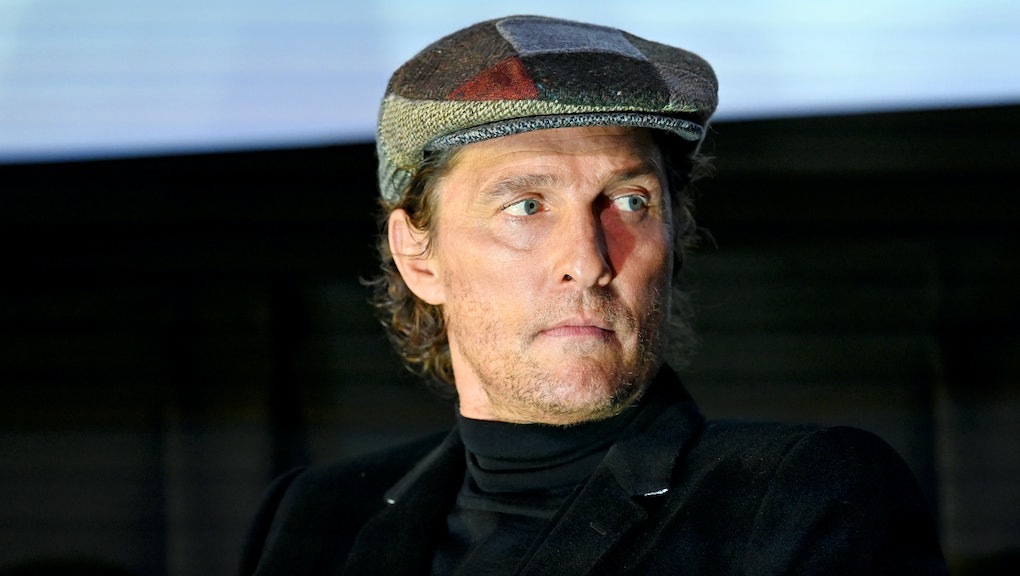 What is Matthew McConaughey even talking about?

Matthew McConaughey did more orating on politics early this morning, appearing on U.K. talk show Good Morning Britain to ostensibly promote his new book, Greenlights. But the outspoken actor instead told hosts Piers Morgan and Susanna Reid what he thinks about fake news, cancel culture, and the “illiberal left.” Whatever that means.

“You need liberals. What I don’t think we need is the illiberals, and what I don’t think that some liberals see is that they’re often being cannibalized by the illiberals,” McConaughey said. “Now, you know, there are extremes on both sides that I think are unfair… The extreme left and the extreme right completely illegitimize the other side, or they exaggerate that side’s stance into an irrational state. That makes no sense.”

Perhaps reacting to all the “illiberals” who roasted him on Twitter last week, for the comments he made about getting “aggressively centric” on Russell Brand’s podcast, McConaughey also shared his thoughts on cancel culture. “Where the water line is gonna land on freedom of speech, what we allow and what we don’t, where this cancel culture goes? It’s a very interesting place that we’re engaged in as a society and are trying to figure out. We haven’t found the right spot,” the actor said.

Morgan commented on tribalism in British politics, which is, of course, the story here in the United States, too. And for once, McConaughey made a salient point: humanity probably would be better off if we listened more to people who disagree with us. But he delivered his message in a curiously aggressive way: “You’ve got to have confrontation to have unity. That’s when a democracy works really well,” McConaughey asserted. Um, yeah sure.

“Fake news: who knows what the heck to believe, who to listen to, where’s that consensus?” McConaughey continued. “What leaders do we trust? What media outlets do we trust? There is so much distrust right now, you start distrusting yourself, that leads to some really tough places. We have to find some form of leadership that we can listen to — agree with it or not — but trust it.”

Hate to break it to you, sir, but we have an incoming leader the American people can and should listen to and trust. But with angry hoards of heavily armed Trump supporters refusing to acknowledge Biden’s win, now is probably not the smartest time to encourage confrontation and sow distrust. Mr. McConaughey, please stick to selling us luxury Lincoln vehicles, thanks.

More like this
Ted Cruz and Matt Gaetz are the last people who should be talking about #FreeBritney
By Chloe Stillwell
This restaurant's viral anti-vax stance is a sad, predictable sign of our culture wars
By Brandon Yu
Dua Lipa has officially distanced herself from DaBaby
By Kara Weisenstein
Stay up to date