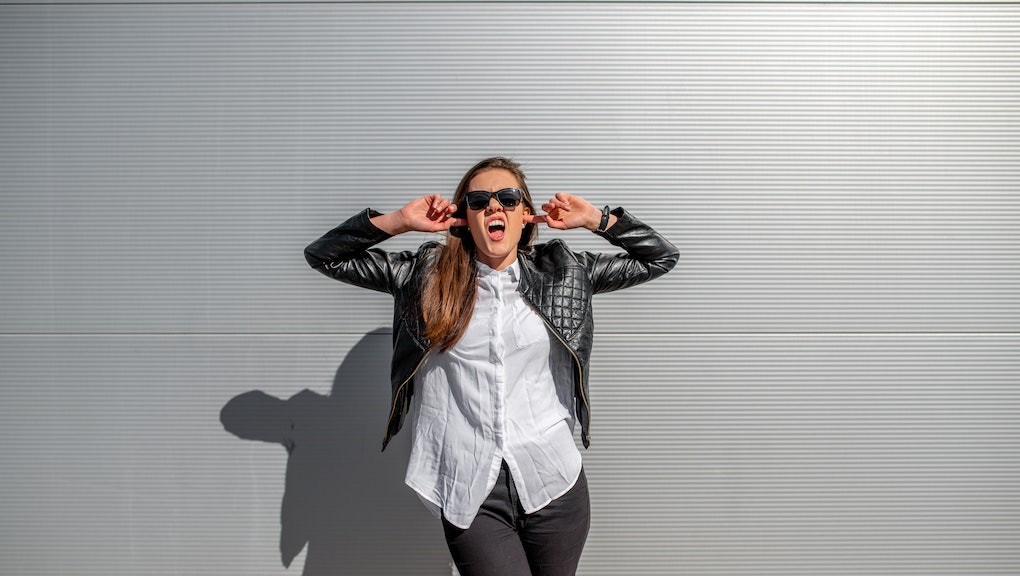 What is misophonia, the condition that makes you hate certain sounds?

Now that I’ve been sequestered in my home for what seems like centuries, I find that the noises of neighborhood life annoy and distract me even more than they usually do. It's more than just annoying; my brain can't focus when I hear certain sounds, forcing me to readjust myself when trying to tackle even the simplest of tasks. As you can imagine, it’s incredibly frustrating. I can confidently say these are symptoms of misophonia, a neurological condition in which certain sounds trigger negative emotional or physiological responses.

Misophonia is different that simply not liking a certain type of noise, such as a neighbor playing music that isn't your jam. That is, unless the music causes you to twitch, grit your teeth, or lose focus. “With normal annoyance, people do not experience physical symptoms such as sweating, increased heart rate or psychological symptoms such as panic, violence, and rage,” says Kelly Dyson, an Florida-based audiologist who specializes in sound sensitivity disorders, including misophonia. This is different than when a person snaps after a series of sounds or a sound that endures for too long. "Misophones snap with no prior stimulus. They may be having a great day and hearing a scratching sound or someone typing causes a severe physical reaction, such as hysterical crying,” she says.

For me, quiet is usually too loud, but my trigger always seems to be sounds on a lower register. “It’s typically a soft sound, rather than loud clapping or banging," Dyson says, about sounds that set misophones off. "Individuals are triggered by sounds such as tapping, chewing, sneezing, sniffing, throat clearing, swallowing and any number of mouth sounds." Misophones are sometims also triggered by visual stimuli that implies an offending trigger — such as a commercial for potato chips.

By far, the most distracting sounds come from my father. He has a voice so deep that it sounds like James Earl Jones’ best Darth Vader. This confused me for years, because even though I have a deep voice, several other deep voices and sounds I've encountered feel deeply unpleasant. But based on all of the experts and scientists that I spoke to, this is typical of misophones.

I’ve never actually thought about getting help for my apparent misophonia, considering that I didn’t think it was a “real” condition for years. I just thought I was being a jerk. Since it's hard to diagnose and treat, I’ve grown desperate to understand what’s happening, why, and how to fix it, too. Luckily, for me, an angel from MIT’s Acoustics & Vibratory Lab offered some assistance in the form of an earplug rec.

“They’re not designed to block out all noise — so if that is your goal, then you are likely better off with a traditional ‘ear plug’,” says David Bowen, a sound engineer and designer of Earos One, a passive hearing protection device. Essentially, they’re sound dampeners, which is something I deeply need in my life.

The brand graciously sent me a pair to try. I'm wearing a pair of them right now, and shockingly, I can barely hear my father, who is just a few hundred feet away in another room. But I can hear other noises that are closer to me. Audio filters like these are used by Weill Cornell's Audiology Center, which helps people with balance disorders, but also for treating people with auditory conditions and their symptoms, like misophonia.

While these are very helpful in the meantime, it's important to remember that misophonia is a neurological condition, not an auditory one. “It is typically a presenting symptom of anxiety or OCD or PTSD,” says Nancy Irwin, California-based clinical psychologist. “However, musicians and others who have a strong sense of sound [or] extremely sensitive ears can have a low level of tolerance for excessive, repetitive noises.” I think it’s helpful to mention right here that I have both anxiety and a penchant for writing music and singing, so I am checking all the boxes here.

There also might be a memory or psychological trauma that triggers misophonia, and while there’s nothing particularly bad in my childhood, there is a conflict, in my family, surrounding religion and my identity as a gay man, which I’ve written about before. This could be connected to my sensitivity to a family' member's voice. “In my experience, misophonia is [often] an emotional response due to unresolved trauma," Irwin says.

Hating my father's gravelly voice doesn't mean that I hate him, however, but I definitely hate what misophonia does to my daily life. That’s why I’m going to embrace the sound of my psychiatrist’s voice, and finally start dealing with my misophonia, instead of just bitching about it.

More like this
We learned collective grief from 9/11. We could really use those coping skills right now
By Melissa Pandika
'Nine Perfect Strangers' is a deranged portrait of psychedelic wellness retreats
By Erin Qualey
Why TikTokers are chugging pineapple juice before wisdom tooth surgery
By Ian Kumamoto
Stay up to date