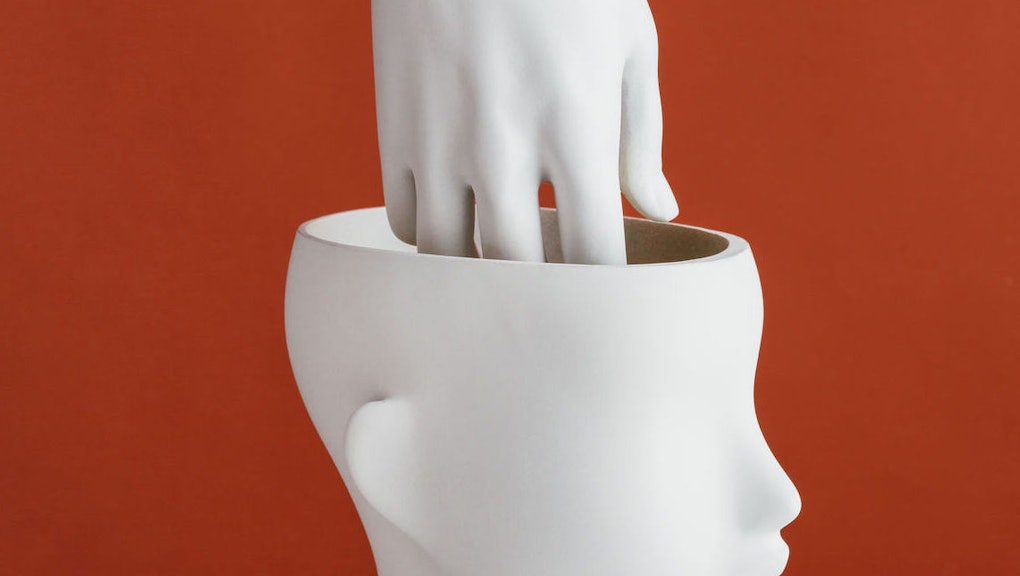 What is neurohacking and can it actually rewire your brain?

Although at one point, “hack” referred to a creative solution to a tech problem, the term can apply to pretty much anything now. There are kitchen hacks, productivity hacks, personal finance hacks. Brain hacks, or neurohacks, are among the buzziest, though, thanks largely to the Silicon Valley techies who often swear by them as a way to boost their cognitive function, focus, and creativity. Mic asked a neuroscientist to explain neurohacking, which neurohacking methods are especially promising, which are mostly hype, and how to make neurohacking work for you.

First things first: Neurohacking, is a broad umbrella term that encompasses anything that involves “manipulating brain function or structure to improve one’s experience of the world,” says neuroscientist Don Vaughn of Santa Clara University and the University of California, Los Angeles. Like the other myriad forms of hacking, neurohacking uses an engineering approach, treating the brain as a piece of hardware that can be systematically modified and upgraded.

Neurohacking techniques can fall under a number of categories — here are a few of the most relevant ones, as well as the thinking behind them.

This involves applying an electric or magnetic field to certain regions of the brain in non-neurotypical people to make their activity more closely resemble that seen in a neurotypical brain. In 2008, the Food and Drug Administration approved transcranial magnetic stimulation (TMS) — a noninvasive form of brain stimulation which delivers magnetic pulses to the brain in a noninvasive manner — for major depression. Since then, the FDA has also approved TMS for pain associated with migraines with auras, as well as obsessive-compulsive disorder. Established brain stimulation techniques (such as TMS or electroconvulsive therapy) performed by an expert provider, such as a psychiatrist or neuroscientist, are generally safe, Vaughn says.

This one involves using a device that measures brain activity, such as an electroencephalogram (EEG) or a functional magnetic resonance imaging (fMRI) machine. People with neuropsychological disorders receive feedback on their own brain activity — often in the form of images or sound — and focus on trying to make it more closely resemble the brain activity in a healthy person, Vaughn says. This could happen through changing their thought patterns, Vaughn says. Another possibility is that the feedback itself, or the person's thoughts about the feedback, may somehow lead to a change in their brain's wiring.

This means minimizing how much apps, devices, and other tech compete for your attention. Doing so can sharpen and sustain your focus, or what Vaughn refers to as your attention quotient (AQ). To boost his AQ, Vaughn listens to brown noise, which he likens to “white noise, but deeper.” (Think the low rush of a waterfall versus pure static.) He also chews gum, which he says provides an outlet for his restless “monkey mind” while still allowing him to focus on the task at hand.

Reducing cognitive load can also deepen your connection with others. Vaughn uses Voicea, an app based on an AI assistant that takes and store notes of meetings, whether over the phone or in-person, allowing him to focus solely on the conversation, not on recording it. “If we can quell those disruptions that occur because of the way work is done these days, it will allow us to focus and be more empathic with each other,” he says.

Tracking your sleep patterns and adjusting them accordingly. Every night, you go through around five or so stages of sleep, each one deeper than the last. “People are less groggy and make fewer errors when they wake up in a lighter stage of sleep,” Vaughn says. He uses Sleep Cycle, an app that tracks your sleep patterns based on your movements in bed to rouse you during your lightest sleep stage.

Microdosing is the routinely consumption of teensy doses of psychedelics like LSD, ecstasy, or magic mushrooms. Many who practice microdosing follow the regimen recommended by James Fadiman, psychologist and author of The Psychedelic Explorer’s Guide: Safe, Therapeutic, and Sacred Journeys: a twentieth to a tenth of a regular dose, once every three days for about a month. While a regular dose may make you trip, a microdose has subtler effects, with some users reporting, for instance, enhanced energy and focus, per The Cut.

These are OTC supplements or drugs taken to enhance cognitive function. They range from everyday caffeine and vitamin B12 (B12 deficiency has been associated with cognitive decline) to prescription drugs like Ritalin and Adderall, used to treat ADHD and narcolepsy, as well as Provigil (modafinil), used to treat extreme drowsiness resulting from narcolepsy and other sleep disorder. (All three of these drugs promote wakefulness.) The science behind nootropic supplements in particular remains rather murky, though.

Does neurohacking work, though?

Vaughn finds microdosing, neurostimulation, and neurofeedback especially promising for neuropsychological disorders. Although studies suggest that larger doses of psychedelics could help with disorders such as PTSD and treatment-resistant major depression, there are few studies on microdosing psychedelics. “The little science that has been done…is mixed—perhaps slightly positive,” Vaughn says. “Microdosing is promising mainly because of anecdotal evidence.” Meanwhile, neurostimulation can be used noninvasively in some cases, and TMS has already received FDA approval for a handful of conditions. Neurofeedback is not only non-invasive, but offers immediate feedback, and studies suggest it could be effective for PTSD and addiction.

But it’s important to note that just because these methods could positively alter brain function in people with neuropsychological disorders, that “doesn’t mean it’s going to take a normal system and make it superhuman,” Vaughn says. “I think there are lots of small hacks to be done that could add up to something big,” rather than huge hacks that can vastly upgrade cognitive function, a la Limitless. Thanks to millions of years of evolution, the human brain is already pretty damn optimized. “I just don’t know how much more we can tweak it to make it better,” Vaughn says.

As far as enhancements for neurotypical brains, he says that “you’ll probably see a much greater improvement” from removing distractions in your environment to reduce cognitive load than say, increasing your B12 intake — which brings us to an important disclaimer about nootropic supplements in particular. As with all supplements, they aren’t FDA-regulated, meaning that companies that sell them don’t need to provide evidence that they’re safe or effective. Vaughn recommends trying nootropics that research has shown to be safe and effective, like B12 or caffeine.

How can I start neurohacking?

As tempting as it is, adopting every neurohack under the sun is “not the answer,” Vaughn says. Remember, everyone is different. While your best friend may gush about how much her mood has improved since she began microdosing shrooms, your brain might not respond to microdosing—or maybe taking psychedelics just doesn’t align with your ethics.

Start by exploring different neurohacks, and of course, be skeptical of any product that makes outrageous claims. Since neurofeedback isn’t a common medical treatment, talk to your doctor about enrolling in academic studies on neurofeedback, or companies that offer it if you’re interested, Vaughn says. You should also talk to your doctor if you want to try brain stimulation. A doctor can prescribe you Adderall, Ritalin, or Provigil but only for their indicated medical uses, not for cognitive enhancement.

Ultimately, neurohacks are tools, Vaughn says. “You have to find the one that works for you.” If anything, taking this DIY approach to improving your brain function will leave you feeling empowered, a benefit that probably rivals anything a supplement or sleep tracking app could offer.