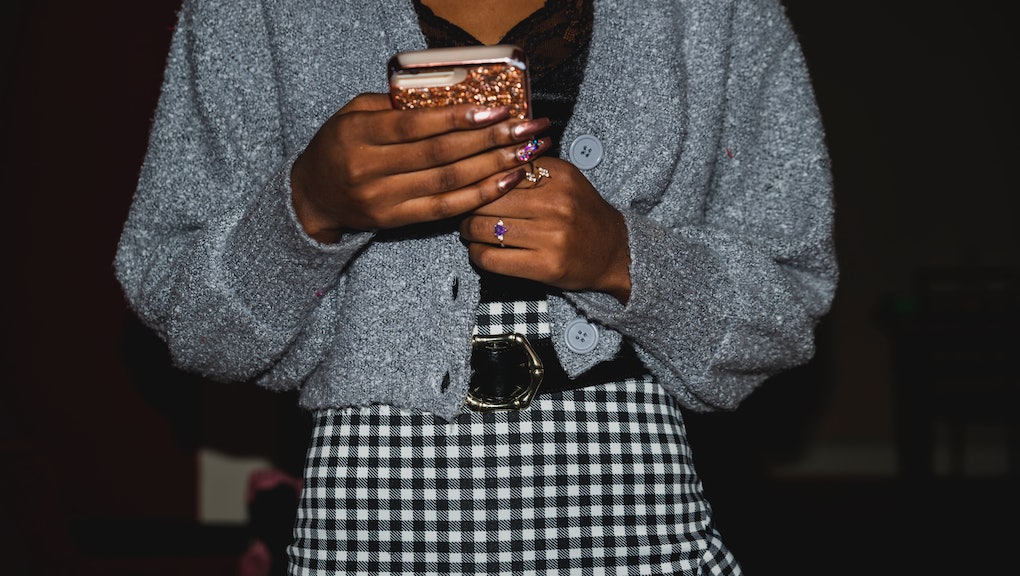 What is phubbing? Why some people stare at their phones at parties

Recently, I was at a dinner party (with other vaccinated people, mind you) and I noticed that some of them were spending a lot of time on their phones instead of in conversation. I was perplexed. We have been waiting for actual years to be in the same place with other humans, I thought, but some people will still choose texting or scrolling through Instagram over in-person interactions they could easily be having. As a person who generally keeps their phone out of sight at parties, I find this mystifying. But, it turns out, there are important psychological factors at play when someone stares at their phone when they’re socializing.

This phenomenon is so common that communication experts have given it a name: Phubbing, a.k.a. snubbing people with your phone. When you do it to friends — as opposed to strangers in public — it’s called Fphubbing — friend phubbing. Recent research on phubbing, which was published yesterday by the University of Georgia, was inspired by a situation similar to the one I described. “I observed that so many people use their phones while they are sitting with their friends at the cafe, any dining time, regardless of the relationship type,” Juhyung Sun, lead author on the paper, told EurekAlert. Sun saw the people around her phubbing (and fphubbing) and was eager to find out why.

The study looked at the mental health factors and personality traits associated with phubbing and how staying glued your phone when you're supposed to be connecting in-person impacts satisfaction with relationships. What researchers found is that people with anxiety or depression were more likely to be on their phones during social interactions, as were individuals who had neurotic personality traits, EurekAlert reported.

At first, Sun thought that phubbing might be an indicator of smart phone addiction. Researchers can’t prove that link, but there does seem to be a relationship between depression, anxiety, and smartphone use. “Some people who have high social anxiety or depression are more likely to be addicted to their smartphone,” Sun told EurekAlert. This makes perfect sense and in these cases, I don't judge at all. But mental health isn’t the only reason why people phubb.

How agreeable you are also may also indicate how likely you are to be engaged in conversation versus scrolling. To be clear, in this context, agreeableness is a personality trait that includes friendliness, kindness, and cooperation. Basically, agreeableness is a legit psychological term, not a judgement, and it exists on a spectrum.

It doesn’t seem surprising that folx who had high degrees of agreeableness were less likely to phubb. “They have a high tendency to maintain social harmony while avoiding arguments that can ruin their relationships,” Sun told EurekAlert. “In face-to-face conversations, people with high levels of agreeableness consider phubbing behavior rude and impolite to their conversational partners.”

But, surprisingly, sometimes people phubb regardless of how it comes across. “It’s ironic that while so many people believe that phubbing behavior is rude, they still do it,” Sun told EurekAlert. The size of a group can be one reason why this happens. The research shows that phubbing is more likely to happen in larger groups — groups of three or more.

As you can imagine, phubbing isn't great for relationships. According to the findings, greater amounts of phubbing led to lower degrees of satisfaction in friendships. And phubbing is basically a non-negotiable in my intimate relationships. I get it; I am not above setting a “no phones at the dinner table” rule.

I may be taking things a bit far though, given the research. The reality is that it can be really challenging to put your phone down, especially if social situations make you anxious. But paying attention to your friends is the best way to foster platonic intimacy. Putting your phone face down or turning it off, Sun said, shows respect in both personal and professional situations. “[It’s] is a signal – I am listening to what you are saying, this meeting is important and I am focusing on you,” Sun told EurekAlert.

Look, we all phubb up sometimes. “People are really sensitive to their notifications. With each buzz or sound, we consciously or unconsciously look at our phones,” Sun said, according to EurekAlert. So, in some cases, it may just be a habit. We have been trained to respond to the alerts our devices send us, Sun explained.

So, the next time you reach across the table to grab your phone when you’re supposed to be having a heart-to-heart, notice how you’re feeling, how you want your partner or partners to feel, and how the relationship will be impacted. The truth is that not all friendships may be able to handle a casual phubb.

More like this
'Nine Perfect Strangers' is a deranged portrait of psychedelic wellness retreats
By Erin Qualey
We learned collective grief from 9/11. We could really use those coping skills right now
By Melissa Pandika
How to deal with your rage at this point in the pandemic
By Melissa Pandika
Stay up to date