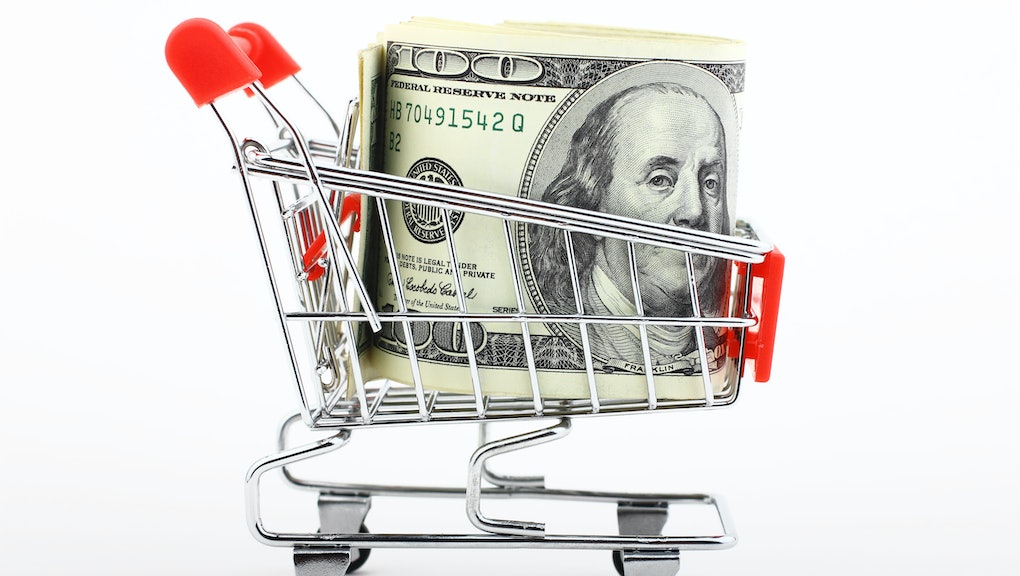 What is shrinkflation? Why your favorite products are getting smaller

For most of the pandemic, I quit shopping entirely. I’m not saying I’m too good for retail therapy; I just lost enough income that I couldn’t afford it. And, in case you forgot already, even buying staple goods like toilet paper got really complicated there for a while. Like a lot of people, I ended up buying my daily necessities in unlikely places at inflated prices. But now that I’m making groceries the usual way again, it seems like prices are still really high. It’s not just me being stingy, though — it turns out that prices on everyday items are going up, and it’s not necessarily a bad thing.

According to a report issued in May by the Bureau of Labor Statistics (BLS) the cost of consumer goods has gone up by over 4% since last year. In some cases, this is less obvious because packages have gotten smaller, so you actually get less for more money. This phenomenon has been dubbed, “shrinkflation,” which sadly has nothing to do with miniature goats. The reason for shrinkflation is that the price of raw materials has increased dramatically and companies are passing the increased cost on to consumers by giving them less product, according to the Washington Post. But it also means, in some cases, that the people who provide the raw materials get paid more.

“We have to be able to make money to pass it on to the farmers who own the company, so they can stay in business,” Patrick Criteser, Tillamook County Creamery Association, a farmer-owned cooperative in Oregon, told the Post. Tillamook recently decreased the size of its ice cream packaging, but kept the price the same at $6. Criteser also said that while the change may seem sudden, it’s been in the works for a while. In other words, some price increases may seem dramatic and new, but actually, you’ve probably been stuck in your house for a while.

Your wallet may be taking even more of a hit if you live in a place where you have to drive, because gas prices have skyrocketed almost 48%, according to BLS. In many places, restaurants big and small are also raising prices, reported Business Insider. Basically, the cost of going out is going up. And even if you never leave the house, you’re still going to feel a pinch because BLS also reported that the cost of utilities has gotten 25% more expensive in the past year.

The reason prices are going up is because the cost of raw materials is going up. Inflated pricing has a lot to do with gas prices, but the costs of things are also increasing because workers in both production industries and in service industries are demanding higher wages, according to Business Insider. Some restaurants have increased wages by up to 40% — to which I say, hooray! Pay the people who serve you fairly, and save your complaining for the greedy corporations whose exploitative practices save you an extra 10 cents (and save themselves millions).

More like this
How I finally paid off my $10K credit card bill
By Marianne Eloise
The benefits of liquid chlorophyll, explained
By Melissa Pandika
The fast food industry's predatory marketing blatantly targets Black and Latinx youth
By Taneasha White
Stay up to date