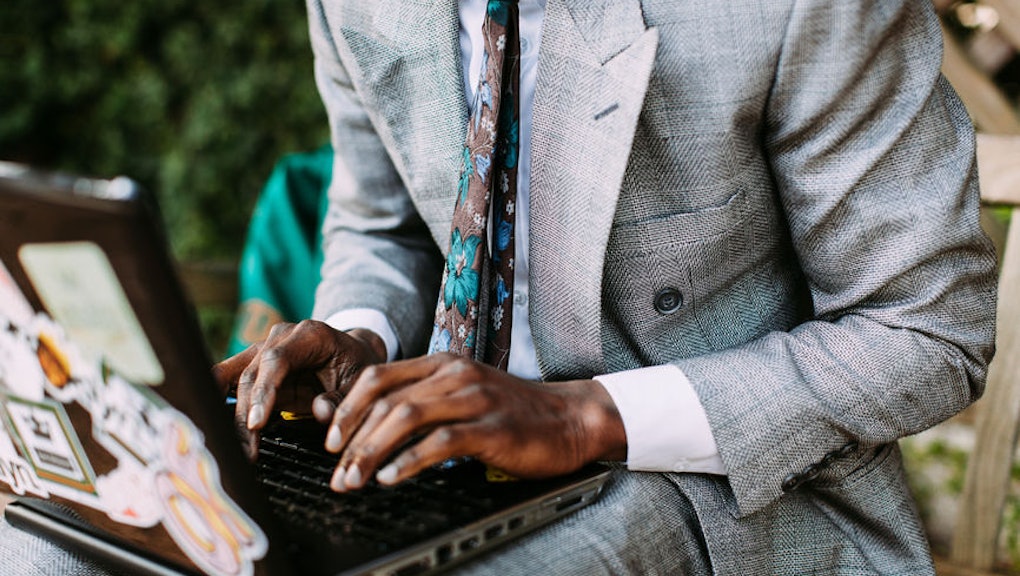 What is WiFi 6? What to know and how to get the faster internet standard

We almost always know when a new phone or game console is about to hit the market, but a new version of WiFi? Not so much. The technology that we rely upon to stay connected is, in fact, about to get an upgrade. Starting today, WiFi 6, a new connection standard that promises faster speeds on crowded networks, is finally officially available. That may sound a little odd, and you may be wondering how exactly you get a Wi-Fi update. Don't worry, we've got all answers for you.

WiFi 6 is the latest implementation of wireless standards to be certified by the WiFi Alliance, a group of companies that establish specifications and requirements for wireless internet. According to the organization, the latest set of standards emphasizes establishing quality internet connections in heavily populated locations like stadiums and other public venues. New technology approved for WiFi 6 makes sure each device connected to a network performs at its optimal level. Likewise, WiFi 6 also establishes new baselines for security requirements. WiFi 6 has a particular focus on the Internet of Things, as more and more devices are coming online and require a consistent and secure internet connection.

If you're wondering why this is the first time you've heard of WiFi being labeled like it's a smartphone or game console, that's because it is. This is the first time that these standards have been given version numbers, though the WiFi Alliance plans to retroactively apply this convention to previous standards as well. You're probably more familiar with seeing things like 802.11n or 802.11ac — two of the previous major standards for WiFi. Those will now be referred to as WiFi 4 and WiFi 5, respectively.

Is WiFi 6 going to be faster?

It's certainly the plan for WiFi 6 to be faster than its predecessors. For a single device, the maximum potential speed should be as much as 40 percent higher when connected to WiFi 6 rather than WiFi 5. Of course, it's unlikely you'll just have one device connected to your network, but you should still notice improved speeds across all devices. To accomplish that, WiFi 6 is offering support for multiple-input, multiple-output (MU-MIMO) technology, which will enable routers to better communicate with multiple devices at once — an essential improvement in a world where just about everything is connected.

WiFi 6 will also support orthogonal frequency division multiple access (OFDMA), which is a very long and technical way of staying that there will be lower latency on networks. That means there is less delay between a bit of information being sent to and from your devices, and WiFi 6 will be better at delivering more information without any wait.

Also making an appearance in WiFi 6 is beamforming technology, which should help to eliminate the internet dead zones that you sometimes run into around your house. Beamforming essentially allows the router to focus signals on a device so it can remain in constant contact with it. If the router notices that one device is struggling to remain connected to the network, it can focus its resources there and do away with the feeling that you've stepped out of range.

Is WiFi 6 going to be safer?

WiFi 6 should be safer than versions that came before it simply because it makes mandatory some security features that were previously optional. Last year, WiFi Alliance announced a new security protocol called WPA3, the first major improvement to how WiFi networks handle passwords since WPA2 was introduced in 2004.

WPA3 set new limits on offline password guessing, which was a technique that many attackers used to crack a person's WiFi password. The attack occurs by capturing a stream of data from a network, taking that stream to a private computer and guessing passwords repeatedly until the hacker discovers one that works. With that knowledge, they can then return to your network, connect and potentially intercept your data. WPA3 does away with that by limiting offline password attempts to just one. At that point, the captured data becomes useless.

WPA3 also utilizes a feature called forward secrecy, which keeps older data from being compromised during an attack. Let's say that an attacker is able to intercept your data and crack your password. Should that happen, the hacker would only be able to see new information coming across the network. There is no stored log of old information that may contain sensitive data about you and your online habits.

While WPA3 was introduced last year, support for it was optional on WiFi 5. WiFi 6 requires the protocol out of the box, so there is no ambiguity about whether your router is using the best available security practices.

What else is new about WiFi 6?

One of the other major benefits of WiFi 6's new and apparently more efficient network is improved battery life for devices connected to it. The standard uses a technology called Target Wait Time (TWT), which essentially plans out in advance how devices will communicate with the router. That limits the amount of time that a device has to search for a signal, instead allowing the router to schedule out when these check-ins with connected devices will occur. The result should be less battery drain on your devices, as they won't have to spend much time seeking out a connection with the network. The feature may not get much play with your always-on devices like your laptop, but will be valuable for sensors and other internet-connected devices that just need to check in occasionally rather than have constant contact with the network.

You'll have to buy WiFi 6 compatible devices, including likely getting a new router, in order to enjoy the benefits of the technology. You certainly can rush out to the store right now and find WiFi 6 routers — just know that they are likely going to be a bit pricey.

Luckily, these things tend to work themselves out over time. The price on WiFi 6 certified routers will come down, and devices that support the technology will become more prominent. While Apple doesn't actively advertise it, the new iPhone 11 and iPhone 11 Pro series of devices support WiFi 6. Likewise, the Samsung Galaxy S10 also offers support for the standard. Without much effort at all on your part, you'll likely end up with WiFi 6 around your house without even realizing it — it just might take a couple years to fully make the transition.

More like this
Is your cat mad or is that just their face? This app can help you find out
By Tracey Anne Duncan
We waited too long to act on climate change, and now the world is on fire
By AJ Dellinger
Climate change could wipe out Emperor penguins by 2100 and I'm devastated
By AJ Dellinger
Stay up to date