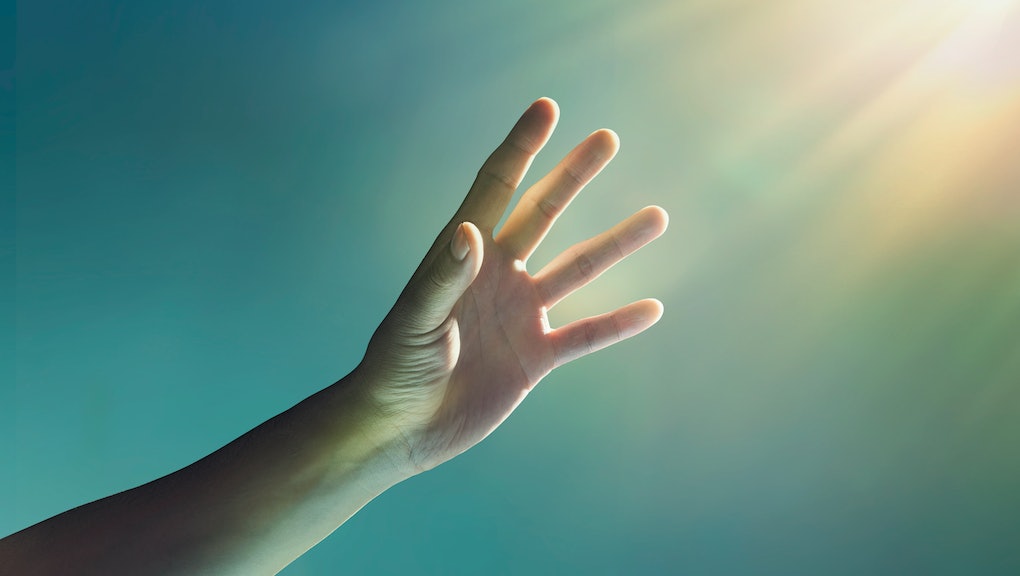 What the Law of Attraction gets wrong

As the year draws to a close, you might notice even more Instagram posts about “manifesting” what you want in 2020 — affirmations along the lines of “I am a magnet for love, money, and success,” or exhortations to “vibrate higher” so that you attract the same positive vibes you send out into the universe. These messages stem from a hugely popular self-help philosophy known as law of attraction, which states that we attract whatever we devote our thoughts to.

Positive thoughts supposedly attract positive experiences; so, for instance, repeating affirmations like, “Wealth flows into my life” and “My heart is open to love” speaks wealth and love into existence. By the same token, negative thoughts invite negative experiences. Although this concept has been around for a while, the 2006 release of the documentary, The Secret, produced by Rhonda Byrne, and her book of the same title, played a major role in catapulting it to modern mainstream popularity, garnering praise from Oprah, Ellen DeGeneres and other uber-successful people.

At a time when it feels like everything is unraveling, it’s easy to see the allure of the notion that you can control your destiny with your thoughts. But while the law of attraction may make us feel empowered and attract positivity in some cases, focusing only on the positive and expecting the universe to always provide for us can have negative effects on mental health and well-being.

At a time when it feels like everything is unraveling, it’s easy to see the allure of the notion that you can control your destiny with your thoughts.

And while it may seem New Age-y and woo-woo, the law of attraction, with its emphasis on individual responsibility, bears a hard-to-ignore resemblance to the bootstrap mentality — that hard work and determination alone yield success — which can be problematic on several levels.

Since the law of attraction didn’t originate in the scientific community, it hasn’t really undergone rigorous testing in controlled experiments, explains Robert Emmons, a professor of psychology at the University of California, Davis. Much of the evidence of its effectiveness comes from anecdotes from people who’ve credited it for helping them attract what they want in life, which doesn’t rule out the possibility that other factors played a role, says Hawlan Ng, a clinical psychologist in San Francisco. But research in other areas is consistent with its claims, Emmons says; studies show, for instance, that happiness drives better work, love, and physical health outcomes.

Other basic premises of the law of attraction seem to hold up, too. Having a positive attitude can indeed attract positive people into your life, Ng points out. What's more, much of the discussions about the law of attraction “are really based on trying to create opportunities for good luck to reach you,” says Arthur Markman, a professor of psychology at the University of Texas at Austin and author of Smart Change: Five Tools to Create New and Sustainable Habits in Yourself and Others. “People who are routinely lucky are the ones most ready for those opportunities.” If you devote time to earning certifications and prepping in other ways for a job you want, and a friend tells you about a new position that opened up at their company, you’ll be better poised to seize that opportunity than someone who hasn’t done that legwork.

As with any philosophy, though, the law of attraction has drawbacks, especially when taken to an extreme. Positive thinking is helpful mostly for those who feel utterly hopeless, Markman tells Mic. “When you give up hope, you stop trying, and you’re almost never able to bring about really positive outcomes for yourself if you’re not willing to try.” Otherwise, thinking only positively, without planning for possible obstacles, can hamper our ability to reach our goals. “There’s some power to positive thinking, but there’s also some power to negative thinking.”

Focusing only on the positive could also compromise authenticity in our relationships, Ng notes, discouraging us from expressing hurt, anger, or other negative emotions. Such a relentless focus on positivity might, in turn, lead us to value ourselves only when we exude positivity or achieve success.

Believing the universe will grant us our desires if we focus our thoughts on them can also have insidious effects. In reality, “the universe doesn’t owe us anything,” Markman says. “The universe is pretty neutral.” Bad things happen to good people and vice-versa, and no matter how much you’ve prepared yourself for potential opportunities, sometimes they don’t work out. If we feel that the universe owes us positive outcomes, we might not work as hard to achieve them since we expect the universe to give them to us, instead of earning them ourselves.

Worse yet, the law of attraction could foster victim-blaming. “It seems to be a form of rugged Western individualism which teaches people that you alone are responsible for the things that happen to you,” Ng tells Mic. “It's up to you to succeed, but if bad things happen to you, you must have done something wrong.”

“It seems to be a form of rugged Western individualism which teaches people that you alone are responsible for the things that happen to you."

Basically, the law of attraction smacks of capitalist bootstrap mentality, despite being marketed as New Age-y mysticism — which isn’t all that surprising when you consider that Byrnes drew inspiration for her film and book, The Secret, from Wallace Wattles's book, The Science of Getting Rich. As a result, the law of attraction can be problematic for many of the same reasons the bootstrap mentality is. Its focus on individual responsibility can obscure racism, sexism, and other systemic inequalities that may explain why some struggle to “manifest” their desires more than others.

It presumes that "we all have the same access to good fortune," Ng says. "We just have to think good thoughts." If we follow it to a T, without critically examining it, “we risk sugarcoating the problems of the other and present a streamlined, simplified view of how they can improve their lot in life."

And since confronting inequality can trigger discomfort and other “negative vibes,” the law of attraction may prevent us from considering how we might be part of the problem, or dissuade us from engaging with marginalized communities and working toward a solution, Ng adds. The belief that the universe will provide for us could further perpetuate this apathy by making us leave others’ destinies up to the universe rather than consider ways we could help them attract what they want.

This isn’t a complete write-off of the law of attraction. How well it could work for you depends on various factors, Ng says, including your own inclinations. For example, if you already tend to be hard on yourself, it might lead to self-blame. And of course, you don’t have to subscribe to it wholesale; you can embrace certain aspects while taking a magnifying glass to the more problematic ones.

“As with any kind of approach to life, it comes down to two questions,” Ng says. “What can I learn from this, if anything, and what are its limitations?” To avoid hurting ourselves and others, it's important to interrogate whether this philosophy — especially given its marketing as a universal law— is really as empowering and positive as it claims to be.

More like this
TikTokers are demystifying ADHD with truth and just enough levity
By Joseph Lamour
Can TikTok's new résumé feature really help you find a job?
By Tracey Anne Duncan
What is a breakthrough infection?
By Sanjay Mishra
Stay up to date