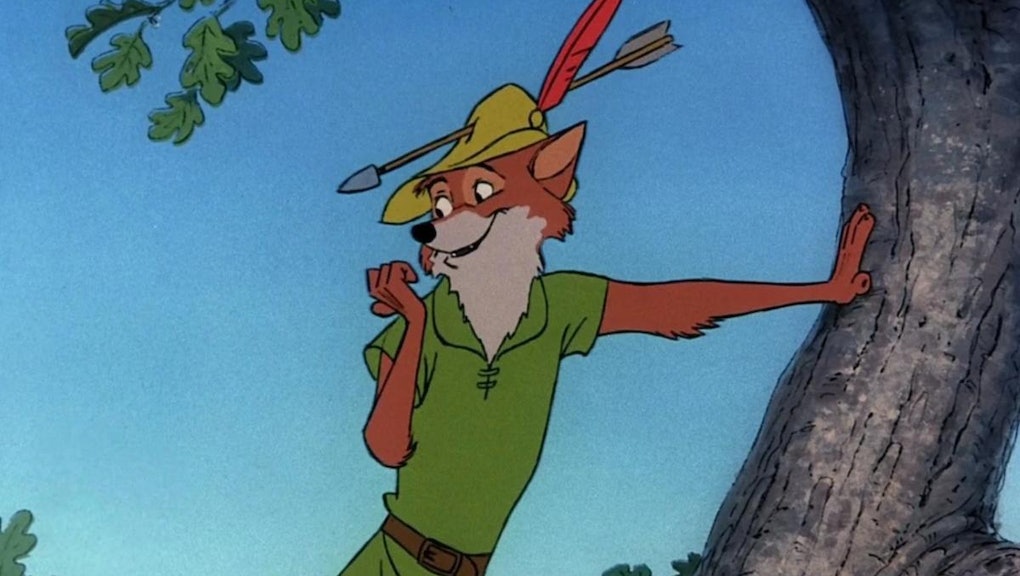 What to stream this week to stave off the cabin fever

The coronavirus pandemic has upended day-to-day life around the world, as broader restrictions to encourage social distancing take hold. It means that a lot of people are suddenly at home, all day. That can be daunting, but it is, as we know, for the better good. To make the process easier, a selection options for online viewing, from Disney classics to 3-hour documentaries about the folly of neoliberal policy.

There’s maybe nothing more soothing than watching animated animals sing about stealing from the rich to give to the poor. Plus, when I rewatched Disney’s animated Robin Hood, from 1973, this past weekend, I was struck by how relevant a parable it is to our current political moment. You know, as Bernie Sanders supporters hold out hope the Senator can wrest the Democratic nomination away from establishment favorite Joe Biden… I’ve been humming my own version of the main song from the movie: “Robin Hood and Bernie Sanders walking through the forest… Oo-de-lally, oo-de-lally, golly what a day.” A girl can dream, right?

I haven’t laughed-this-hard-until-I-cried in a while, which is partly what made Leslie Jones’s standup set for Netflix, which dropped on New Year's Day 2020, such a freaking delight. It’s about growing up and getting older, and Leslie recounts her messy young adulthood with outrageous precision. It’s also about her sleep apnea and the time she tried seducing Prince (while he was wearing assless chaps, no less). I love Leslie Jones. There are few other people who could scream at a fake eyelash and make it comedy. She’s a national treasure.

The Bling Ring (rent on Amazon, YouTube, or iTunes)

If you need a teensy reminder that Emma Watson doesn’t just play goody-goodies like Meg March, Hermione Granger and, uh, Princess Belle, look no further than Sofia Coppola’s glitzy heist film from 2013. I mean, the trailer for The Bling Ring shows Watson (as self-absorbed, spoiled teen Nicki Moore) popping Adderall and pouting, “I wanna rob.” Cut to Paris Hilton’s house, where a gang of rich kids are making off with the celebrity’s diamonds and Louboutins. This movie, like Hustlers, is based on true events, and Coppola took the premise from the 2010 Vanity Fair article, “The Suspects Wore Louboutins,” reported by Nancy Jo Sales. Somehow I’d never seen The Bling Ring till a couple weekends ago, but I’m happy to report it holds up in 2020. It’s a naughty, repulsive, addictive, exhilarating film.

I hate that I miss cable. As the market for streaming services becomes increasingly saturated, the cost of consuming TV will feel a lot like watching a million channels, even if the result isn’t quite the same. Unlike the ‘80s nostalgia of Stranger Things or I Am Not Okay With This, watching old Jeopardy! episodes nudge the streaming landscape a bit closer to the scattershot variety of cable’s past that I’m craving. The show is still undefeated in its format, host, and watchability, while reminding how episodes from just five or six years ago feel like a different dimension. The tournament of champions episode bundles let you grow close to non-Jennings personalities (Colby Burnett, Terry O'Shea,) and Google where their lives went afterwards. Netflix has revamped its interest in reality shows, cooking shows, and nature documentaries, so maybe the Jeopardy! revival can bring about new game show programming. Until then, this is the best comfort food around.

Yes, the Bon Appétit test kitchen absolutely counts as TV. With its Robert Altman-esque cast of onscreen talent and loose interplay, their videos are one of the only sources of calm I’ve known in the past several months. Each video series, whether it’s Chris Morocco recreating dishes from every sense but sight or the popular Claire Saffitz Gourmet Makes videos, would be right at home on a weekly network. You might get duped into thinking it’s easy to cook like they do or that these people are your best friends, and that’s the magic of it all. I’m also going to ignore that the channel could be impacted by company-wide work-from-home policies, so there eventually may be a limit to its escapism.

Underappreciated in its time, one of Comedy Central’s most demented original series is now available to own on home video. Forrest MacNeil (Andy Daly) is a life critic, who falls victim to many of the consequences of broadcasting your every action without limitations. Review was possibly the most dangerous, frantic comedy series of the past decade that never quite caught on during the network's ambitious period that allowed Broad City, Nathan for You, and Kroll Show to thrive. Review’s uniquely suited to a good marathon, since every bite-sized review capsule crescendos to some new tragicomic height usually playing out in the background. It’s always been destined to live a cult afterlife, and hopefully it will continue to find a new audience as the years go on.

Leave it to an unpredictable and frankly terrifying global pandemic to keep you up until 3 am, Googling who knows what. Hypernormalisation, from the BBC documentary filmmaker Adam Curtis, will tickle your itch for understanding how it all connects without filling your mind with garbage. A thorough purveyor of facts — Curtis' documentaries make extensive use of BBC's news archive — the veteran filmmaker weaves an unshakable thread with the documentary, which tracks the rise of Trumpism, "Fake News," social media, and the war in Syria, among other geopolitical concerns. As we fester away at home, refreshing the news every second, Hypernormalisation offers the chance to zoom out. Way, way out.

A classic if there ever was one, The Simpsons is the perfect show to watch hundreds of hours of. Aside from its eery ability to predict the future, The Simpsons offer a valuable, compassionate, and intelligent, perspective on modern life. The absurdities of society are sent up while the more enduring charms of made familiar. Start at the beginning, now that every episode is streaming on Disney+, and you'll probably be able to ride out the entirety of the pandemic before you get to the end...hopefully!