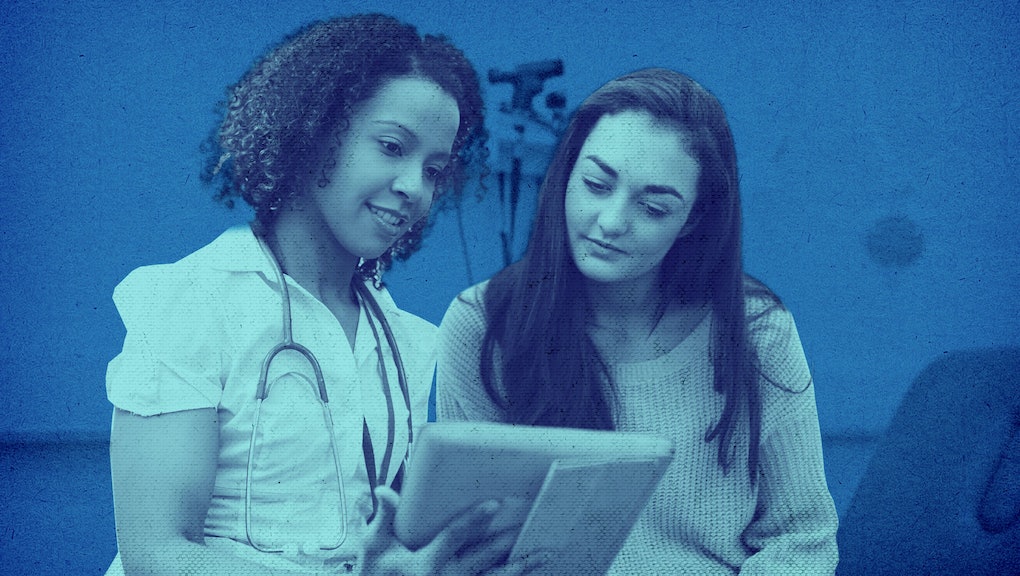 What type of IUD is better? The copper and hormonal options have very different benefits

If you're someone who constantly forgets to take your birth control pill, the intrauterine device (IUD) might sound like a dream come true. But even if you're totally on-board with the device, it can be tough to figure out which type of IUD to get, as there are two main options with different benefits and downsides: the hormonal IUD, and the copper IUD.

“There isn't a one-size-fits-all approach for birth control, including the different types of IUDs, so it's useful to sit down with your provider and talk through all the available options to find the method that's best for you,” Dr. Jennifer Conti, M.D., clinical assistant professor, obstetrics and gynecology at Stanford University School of Medicine, and co-host of The V Word Podcast, tells Mic.

The IUD — either type — is not right for all people; Dr. Conti notes that if you have active breast cancer, cervical cancer, a pelvic infection, copper allergy, or are pregnant, you shouldn't use the device. But if you’re otherwise a viable candidate for the IUD, it's essential you make an informed decision about which kind of device you choose to have inserted. Here's what to know about each option.

What Is It? The hormonal IUD is sold as Mirena, Skyla, Liletta, and Kyleena, each with varying doses of released progestin hormone, according to The American College of Obstetricians and Gynecologists. According to Dr. Conti, the hormone in this kind of IUD, levonorgestrel, works primarily to thicken the cervical mucus so that sperm is unable to penetrate the cervix and reach the egg.

What are the benefits? It lasts between three to six years, and it's “low-maintenance, highly effective, and acts locally rather than systemically, creating very few side effects,” says Dr. Conti. The hormonal IUD is also a good alternative to birth control containing estrogen like the pill, patch or ring. And if you typically suffer from heavy periods, this IUD might be your best bet. “It also thins the uterine lining, which helps make periods lighter or even non-existent for some people, to prevent the type of uterine lining that is best for implantation should the primary method fail,” explains Dr. Conti.

The hormonal IUD is also said to be effective at treating a range of medical conditions, according to Dr. Conti, including endometriosis. This device can help relieve pain associated with the illness by reducing the size of lesions within the pelvic area, as well as assist patients with symptoms associated with anemia and fibroids.

What are the drawbacks? Unpredictable spotting may occur within the first several months after insertion, since your body might still be getting used to the device. After some time, however, "the periods get reliably lighter, shorter, or even go away altogether, which is safe and expected while it is in place,” says Dr. Conti.

Still, be warned that cramping might also accompany the initial spotting. If that's the case for you, use regular menstrual pain remedies like ibuprofen, acetaminophen, an orgasm (whether with a partner or self-induced), or a heating pad placed on your lower back or abdomen to treat the pain.

Other side effects associated with the progestin hormone include weight gain and breast tenderness (though it’s highly unlikely you’ll gain weight or experience severe mood changes on the hormonal IUD unless you’re having a severe reaction to progestin). Additionally, the hormonal IUD does not protect you from contracting or receiving sexually transmitted infections, so always use a secondary method during sex.

The copper IUD, sold as ParaGard, is a T-shaped device made of a polyethylene filament wrapped in a copper wire. How it works, according to Planned Parenthood, is that “Sperm doesn’t like copper — it changes the way sperm cells move so they can’t swim to an egg. If sperm can’t make it to an egg, pregnancy can’t happen.”

What are the benefits? For one thing, there are no hormones, which is essential "for people who do not want or cannot have hormonal methods of birth control,” says Dr. Conti, including those who have or have had breast cancer, pelvic inflammatory disease, and intravenous drug abuse problems. Additionally, she adds, the copper IUD is "highly effective for up to 12 years, making it the most cost-effective method available." It's also generally a bit cheaper than the hormonal version upfront, although the cost of both options varies.

According to the National Center for Health Research, since the cooper IUD is hormone-free, it won’t cause any side effects associated with progestin hormones, such as mood changes and weight gain.

The copper method is also unique in that it can be used as emergency contraception if inserted within 120 hours after having unprotected sex, according to Planned Parenthood. Once removed, your fertility will revert back to normal.

What are the drawbacks? The copper IUD can cause side effects including "increased bleeding and cramping with periods, so if you're someone who already has very painful or very heavy periods, this is likely not the best choice for you,” says Dr. Conti.

Like its hormonal counterpart, The copper IUD will not ward against contracting or spreading sexually transmitted infections, so backup birth control like condoms are a must.

So which is the best choice?

It's completely up to you, as it depends on your specific needs and preferences. But whether you opt for the copper or hormonal IUD, one thing you're guaranteed is peace of mind, since both are over 99 percent effective at preventing pregnancy.

If you’re still debating which type to get, though, a chat with your doctor should help clear up any concerns. And don't forget that IUDs are completely reversible, so if you eventually decide the one you pick isn't for you, you can keep experimenting with methods that better suit your body or lifestyle.