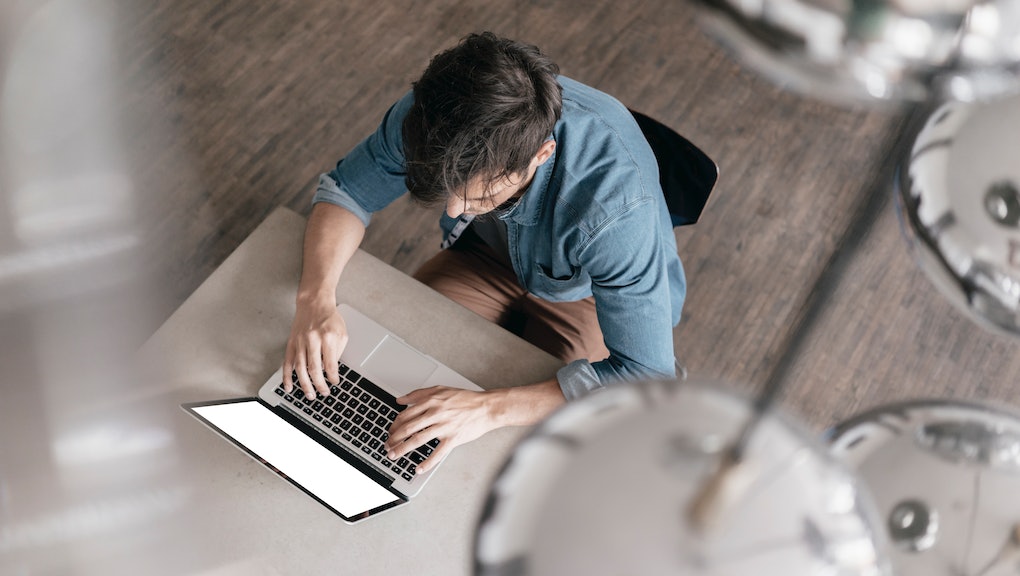 What your pandemic posture is doing to your body and mind

For many of us, the pandemic has meant that we are spending more hours of the day slumped in front of screens. As a yoga teacher, I am hyperaware of what good posture looks and feels like, but even I will start to slouch after an extended computer work day. I’ve noticed that a lot of my students are experiencing the same thing. Their heads are bent forward and their shoulders are rounded. They also seem a lot less happy. Obviously, there are so many reasons we’re stressed and less happy right now, but I’ve started to associate slouching with sadness, and I wanted a doctor’s take on my theory. It turns out that there is a surprising connection between posture and emotional wellbeing. Here’s what I learned.

“Posture and emotional health certainly seem to be correlated,” says Alex Robles, an NYC-based physician who is also a physical trainer. Doctors have a rep for dismissing woo notions about the mind-body connection, but Robles and his wife, Brittany, are both obstetricians who are so passionate about helping people fitness as preventative medicine that they started a site called The White Coat Trainer to educate people.

There is a connection between feelings of depression and poor posture

I’m not the only one who associates slouching with sadness. It turns out that there is a physiological connection. “It's difficult to say if it's causation or correlation,” says Robles, but, he adds, “studies seem to show that people with depression are more likely to have bad posture, especially during an episode of depression. This is also particularly true if there is dissatisfaction with personal body image.

The study Robles mentions found that people with major depressive disorder have worse posture during a depressive episode, but other studies indicate that posture can affect the mood of otherwise healthy people. A study from 2012 conducted at San Francisco University found that slouching decreases energy levels and increases feelings of depression.

There are a lot of theories about why posture and mood may be connected, Robles explains. Some of them feel a little hard to understand as a layperson. But one hypothesis that makes good common sense is that because your posture affects your breath and your breath affects your mood, having bad posture means that it will likely negatively impact your mood. Here’s how that works.

“A slouched posture — a.k.a. kyphosis — has been shown to decrease pulmonary function,” Robles says. In respiratory physiology, this is called a "restrictive lung pattern," he explains. That fancy doctor talk just means that your body is unable to expand its lungs to full capacity, but having posture that makes it so you can’t breathe fully is a big deal on several levels, Robles explains.

“The theory is that kyphosis can interfere with the ability of the diaphragm to contract effectively,” Robles says. “When your diaphragm contracts, your lungs expand and bring oxygen to your body. If your diaphragm can't contract to its full capacity, you will be limiting the amount of oxygen you bring to your body. Less oxygen means less energy, and less mental clarity.” And as you have probably observed in your own life, having less energy and clarity does not usually put you in the best mood.

There is research to show that improving your posture can also positively affect your emotional state, Robles says. In one study, he explains, participants with mild to moderate depressions were taught how to sit with improved posture and were then asked to give a speech. “Researchers noted that this one change gave participants more energy, less self-focus and improved mood,” Robles points out.

Kay Broadbent, co-author of this study and professor of health psychology at the University of Auckland, says she notices a change in her posture when she's feeling down and wanted to find out if her experience was universal. “One day I was walking along, feeling a bit sad after a bad day,” Boradbent told Psychology Today. “I noticed that I was walking with my shoulders slumped and looking at the ground. I looked up and put my shoulders back, and immediately I felt much better.”

Her study focused on people with depression, but Broadbent thinks the conclusion that there is a connection between our posture and our emotional state can help everyone. “Adopting an upright posture can help people feel better,” she said. In other words, even though scientists aren’t sure whether people slouch because they’re sad or they’re sad because they slouch, they are sure that improving your posture can also improve your mood.

Upright posture is correlated with resilience, decreased negative moods, and improved self-esteem, Robles says. He seems hopeful that even though it sometimes it may seem like we are stuck in both our posture and our mood, both are very malleable. “These studies give proof that your mental status can impact your posture and vice versa,” he says.

Unfortunately, there’s no scientific consensus on the one best way to achieve and maintain good posture long-term, but there is agreement about what good posture looks like: chin parallel to the floor, neutral spine, and even shoulders.

To be clear, that doesn’t mean that sitting up straight is an alternative to therapy, though. Robles is careful to note that if you are managing depression, it’s important to speak to a healthcare provider. But, he says, “If you already seek care, there is no harm in actively trying to improve your posture to see if this can have a positive effect on your mental status.”

More like this
What is an e-bike and should I get one?
By Caroline Shannon-Karasik
How to deal with racial microaggressions from your partner's family
By Melissa Pandika
Castor oil for hair growth: Does it actually work?
By Melissa Pandika
Stay up to date