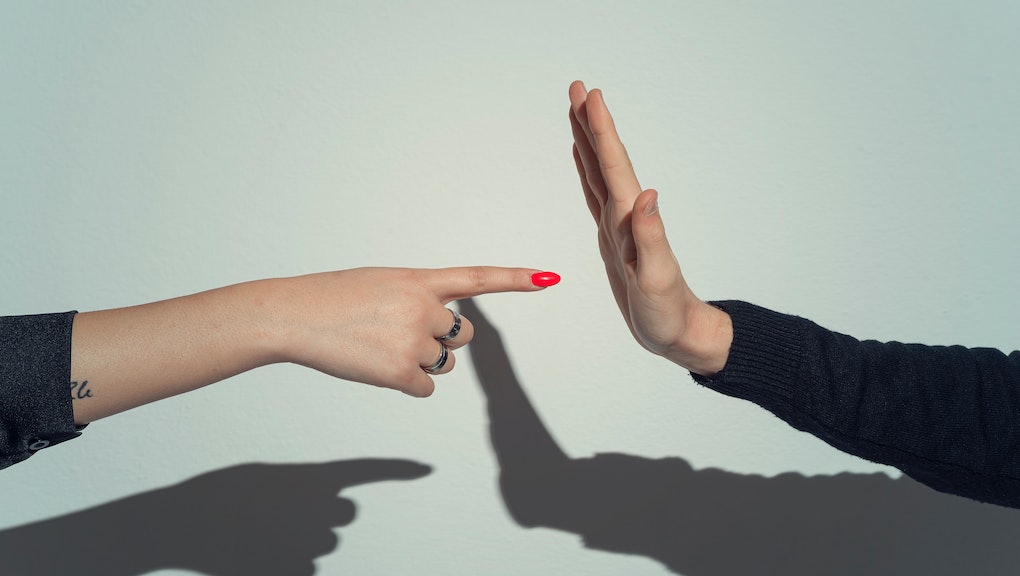 When is it time to cut off a toxic family member?

We are living in divisive times. This is both a cliche and massive understatement. Most people have family members who that they disagree with about politics, social justice, or coronavirus safety, and the pressure cooker of the pandemic has really brought tensions to a boil for a lot of us. As a vocally radical queer person who grew up in a conservative home, I have had some interactions with family that left me feeling so wounded that I wondered if it’s psychologically healthy for me to continue to talk to them. As the holiday season approaches, I’m confident that others have this issue on their minds as well, so I asked experts how to figure out when it’s time to cut a toxic family member of your life.

It’s worth noting that any relationship comes with some inherent discomfort. “Some might say that the more closely connected you are with someone, the greater the risk of conflict,” says Sara Stanizai, a California-based psychotherapist who works with queer, transgender, and bicultural communities. However, Stanizai explains, discomfort is different from abuse, and discerning the difference is critical for your own emotional wellbeing. But it may be hard to tell the difference when tempers are high or feelings are hurt.

Know that when you argue with a family member, about politics especially, there is a spectrum of how "healthy" the discourse is. You can be respectfully heated, but when it borderlines on toxic comments and behavior, it's problem worth addressing. “The hallmark for defining abuse is there is a noticeable, pervasive pattern,” Satnizai says. “This doesn't mean it happens all the time, but it begins to be predictable.” For example, she says, there’s a pattern if you can expect the same type of criticism about multiple areas of your life from someone or if they are continually hyper focusing on one subject and constantly finding many things wrong with it.

I, for instance, have a family member who is always talking about “the gays.” One minute it may be, “the gays want to make us all gay,” and five minutes later she might make a comment like, “gay people spread disease.” It’s like she’s always trying to finding away to talk about how terrible gay people are, even though I am one of them. This is not a debate. It's abusive behavior.

Another hallmark of abusive relationships is a lack of accountability. If you tell someone that something they said or did hurt you, and they don’t care, that’s a problem that could be another sign of abuse, says Stanizai. And it might be time to assert your needs more directly. She recommends, however, giving someone a chance to apologize and make amends before you assume that they won’t. It's tempting to just ignore the behavior, but that will likely just dig you into a deeper, more painful hole in the long run.

When you’re feeling hurt, it can be really hard to speak up for yourself. You may need to set some boundaries between yourself and the person who’s hurt you before you can do that. That’s okay. But eventually, if you want to try to heal the relationship, you are going to have to have a difficult conversation, says Stanizai. If the other person avoids the conversation or taking responsibility for their own words or actions, then it may be time to set new limits.

If you aren't making leeway with this person who has a pattern of hurting you, you can choose a level of "cutting them off." Discarding them completely is not the only option. There are degrees of separation you can create that may allow you to feel safer. “This can mean limiting time to them only in groups, or only for certain occasions, or for 1-2 hours at a time,” she says. If it feels safe, try to give someone more than one chance to apologize. Being confronted often makes people feel defensive, and continually offering olive branches is a disarming maneuver that can benefit everyone. “When someone feels that you are giving them an honest chance, they are more likely to listen to your side too,” Stanizai adds.

Now, if there is no circumstance in which you may feel emotionally safe with someone, explore that, discuss it with a trusted person in your life, and then own it. It might not last forever, but this is your current reality. You do not have to spend time with abusive people. If you find yourself truly activated by someone — meaning that contact with them induces a panic attack or a mental health episode, Stanizai explains — then it may be time to really cut ties. "It's perfectly fine to skip the family BBQ or keep your distance from someone altogether,” she says.

Ultimately, managing a conflicted relationship with a family member is not a black and white problem and there are no black or white solutions. If you decide to stop talking to someone, you can change your mind later if it feels safe for you. The most important thing is that you continue to bolster your own sense of agency.

Having a sense of control in your relationships is not about controlling other people, it’s about feeling like you get to have control over yourself. Speaking up for yourself when someone hurts you may feel hard, Stanizai says, but it can help you take control of the narrative.

More like this
This anxiety study is a really passive-aggressive reminder that wealth equals happiness
By Ian Kumamoto
Brain scans revealed how racism weighs on Black women's health
By Sierra Carter
Can hash gummies really give you a heavenly, holistic high?
By Melissa Pandika
Stay up to date