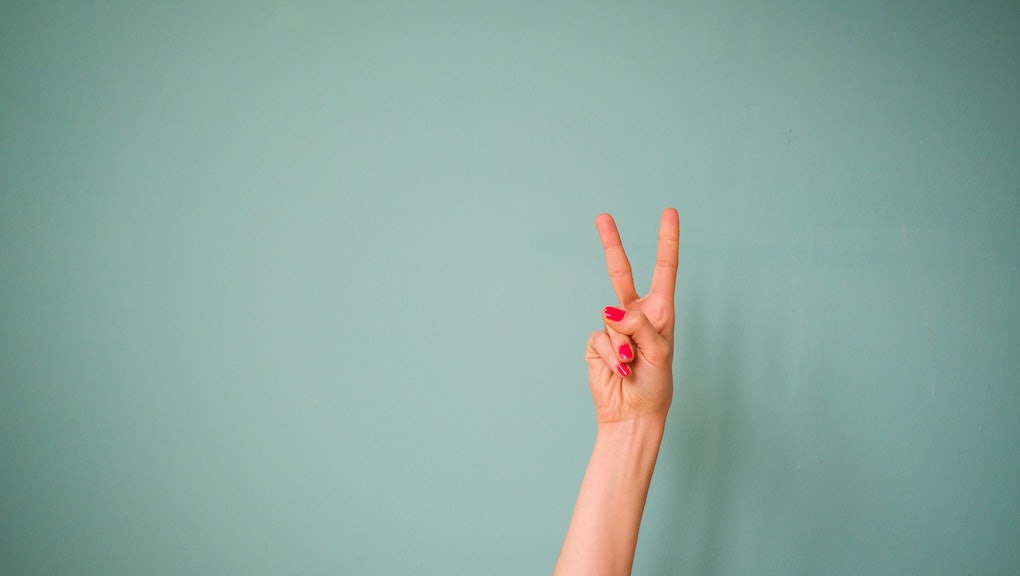 Disagreeing with a friend about stuff is natural, of course, but it can be pretty jarring when you realize that there are some ideological differences you just can’t get down with — perhaps one which is a part of the very fabric of your being. Say for example, if they casually mention that they don’t believe in gay marriage or the coronavirus vaccine. Two very different types of ignorant, yes. But these kinds of beliefs are strong enough to smash a friendship into pieces. Is it worth it having a fundamental difference sit atop your relationship, or trying to educate an ignorant friend? Or is it more worth it to cut your losses and say Bye, Un-woke Felicia.

In my own life, I have friendships that were worth salvaging in my discovery of their un-woke parts, and one instance of a friend who I had to say goodbye to, unfortunately. My closest friend for much of my life started in college, with a woman I’ll call Freya. Both creatively minded people, Freya and I bonded over our love of commonalities both big and small, like, Jason Mraz, The Shins, Radiohead, Frou Frou (it was the early 2000s, okay?), and non-musical things like nature, galleries, science fiction, and honey mustard. Her interests, if I didn’t share them, complimented mine, and we made each other better people. We basically agreed on everything.

But there was one glaring problem: I’m Black. She's white. And as I ultimately found out, not the kind of white person who gives a shit about racism.

Over the course of our entire relationship, I would notice that she would skirt away from speaking about her ideas or opinions on race whenever they would come up — not only with me but mutual friends of color, who noticed this as well. The issue came to a head only five years ago, when after years of friendship I finally asked her about why she isn’t vocal about race-related issues. Her reply was, “I don’t have time in my life to care about racism for you.” I was taken aback, to put it mildly, but instantly told her that if she doesn't care about equality, she doesn't care about me. And, hurt by her matter-of-fact dismissal of the skin I live in, we never talked again.

During my mourning, I pondered: Am I being silly? Surely a decades-long relationship could survive a disagreement over anything. But this was different. While my example was deeply rooted in my identity, friend breakups happen over any type of core belief, including religion, rights, queerness, science, etc. I talked to experts about what makes a friendship with someone with different (cough, fucked up) beliefs is worth saving through education and compassion, and which are worth disposing of for the sake of self-preservation.

First things first, pretending that a gaping chasm in beliefs doesn’t usually work when it comes to friendship. “Ignoring the parts of our friends that we may disagree with, as appealing as we all find ignoring our problems, is not going to move us very far,” says Petros Levounis, professor and chair of the department of psychiatry at Rutgers New Jersey Medical School. “Going to painful extremes to understand somebody from the other side, most likely will help both that person and ourselves in some way.”

So ultimately, he wants us to be as compassionate as possible when it comes to understanding where your friend is coming from. My case was a particularly severe one but imagine having a conversation with a friend who doesn’t trust Western medicine (you know, oils, salves, and “natural” treatments for everything) while you’re a science-head, rooted in data-driven efficacy. Or imagine that you’re a Democrat and your friend is a Republican.

What took them down this path? What hurt them and helped them? What was their family life like and what trauma have they endured? It might help you find middle ground where both of your beliefs can exist without much conflict. “If somebody comes at the conflict from curiosity and warmth, you should be willing to excuse some things,“ Levounis says, even if the conversation is uncomfortable.

Also, we all should consider how clueless the friend is and who they’ve been influenced by, even if their view is hurtful. A macho, cis male friend (that I love deeply) has problems respecting women. When he says or does some hot sexist dog poo, I call him out. And he’s receptive to my feedback. My friend Freya was never receptive to anything surrounding race, and even rebuked me for steering the conversation into that direction. “Your friend had no interest whatsoever in your view, and that lack of curiosity then is a problem,” Levounis tells me. Indeed, it was a problem worth breaking up over.

To detect when the end has arrived for a friendship with a less woke (or still fully asleep) friend, Levounis suggests taking a step back and weighing the pros and cons of the friendship in general. “If you see a relationship becoming stagnant and despite your best efforts to salvage — childhood friendships quite often diverge later in life, for example — ask yourself if there’s any possibility for growth,” he says. “You can’t know for sure the answer to that question, but at least you can speculate and that gives you an idea of whether it's time to maybe cut ties with a person or not.”

I miss my friend Freya a lot — there’s no one who likes talking art as much as I do in my life. Still, I always think of her when I see a particularly striking work of art. But I know not to rekindle a relationship that will only end up in the same place. She made her position clear and it was definitely not one that could be negotiated or explored by me. Friends should care about each others’ wellbeing and well — everyone should care about the wellbeing of Black Americans. Though that’s beyond obvious to most people, in breaking down the ideas behind those simple words, our relationships with our chosen family gets a lot more complicated. And that’s okay, too.