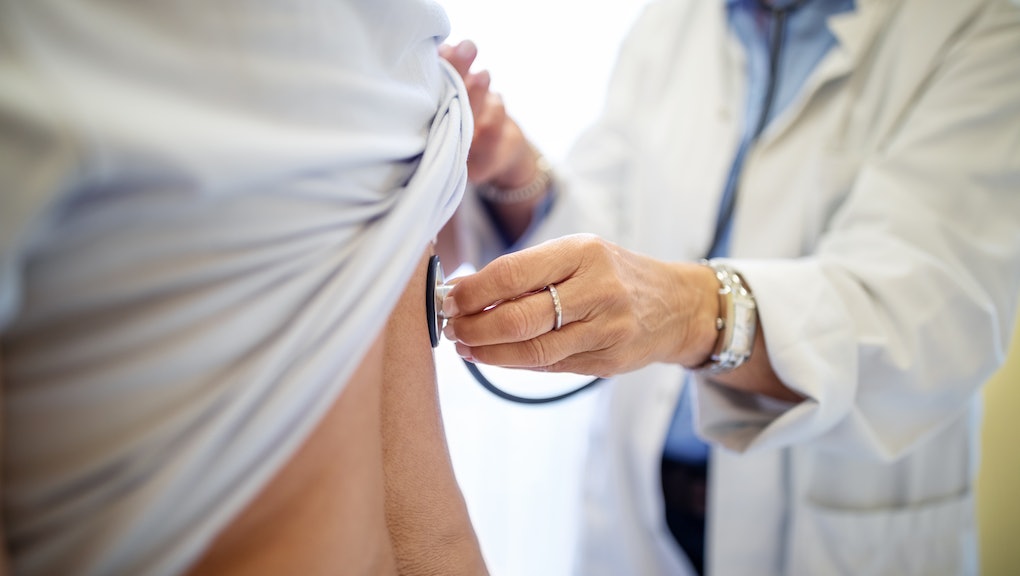 White people are still getting more health care than everyone else

At this point in our seemingly never ending public health crisis, racial disparities — especially when it comes to who gets access to quality healthcare — have become even more painfully evident. Although some politicians and media continue to accuse Black people and nonwhite immigrants of “stealing” resources such as jobs and public services, two new studies published in the Journal of the American Medical Association (JAMA) assert that it’s actually white people who get more healthcare than everyone else.

Among other things, one study found that in 2016, white Americans were responsible for 72% of the $2.4 trillion in healthcare spending, even though they made up just 61% of the population. Meanwhile, Black and Latinx people are spending much less on healthcare and accounted for just 11% of spending each, numbers that are lower than their actual share of the population, according to CNN.

The stats are even more concerning for Native Americans, Native Hawaiians and Pacific Islanders, who make up 6% of the population but just 3% of healthcare spending.

Healthcare spending considers how much money individuals spend on health services, which typically correlates with how easy it is for them to access those services in the first place, as well as how well insured they are. Nonwhite people lagged behind in almost every measure — the study found that white people received 15% more spending in outpatient care than the general population, while Black people received 26% less.

The other study released by JAMA buttressed the first one’s findings. It showed that people of color are still more likely to report having poor health than their white counterparts, further cementing the case that health services are not reaching communities of color. In 2018, approximately 25% of low-income Black Americans reported that they had poor health, compared to 6.3% of higher and middle-income white people. Although the racial gap has decreased since 1999, when the journal began keeping track — in part due to the expansion of the Affordable Care Act — we are still a far cry from being equal.

So what do the outcomes of these studies mean? In part, they suggest that people of color in the U.S. lack the resources and the degree of comfort with medical services that their white counterparts have. One of the studies pointed out that part of the reason for this disparity is that nonwhite people are more likely to seek primary care physicians and specialists in their communities instead of going to hospitals or emergency rooms, according to the New York Times.

Other reasons people of color might be hesitant to seek more conventional forms of healthcare stems from a long history of medical racism and subsequent distrust. But other, more quotidian reasons involve cultural and language barriers, as well as the fact that good healthcare is expensive as hell — so people of color remain uninsured at higher rates.

Either way, it’s definitely not immigrants or Black people sucking the healthcare system dry. In fact, we aren’t even accessing our rightful piece of the pie, a reality that can only change if our services become more accessible, and inclusive, to all.

More like this
Brain scans revealed how racism weighs on Black women's health
By Sierra Carter
This anxiety study is a really passive-aggressive reminder that wealth equals happiness
By Ian Kumamoto
An anti-vaxxer decided to come to work in blackface, comparing her "plight" to that of Rosa Parks
By Melissa Pandika
Stay up to date