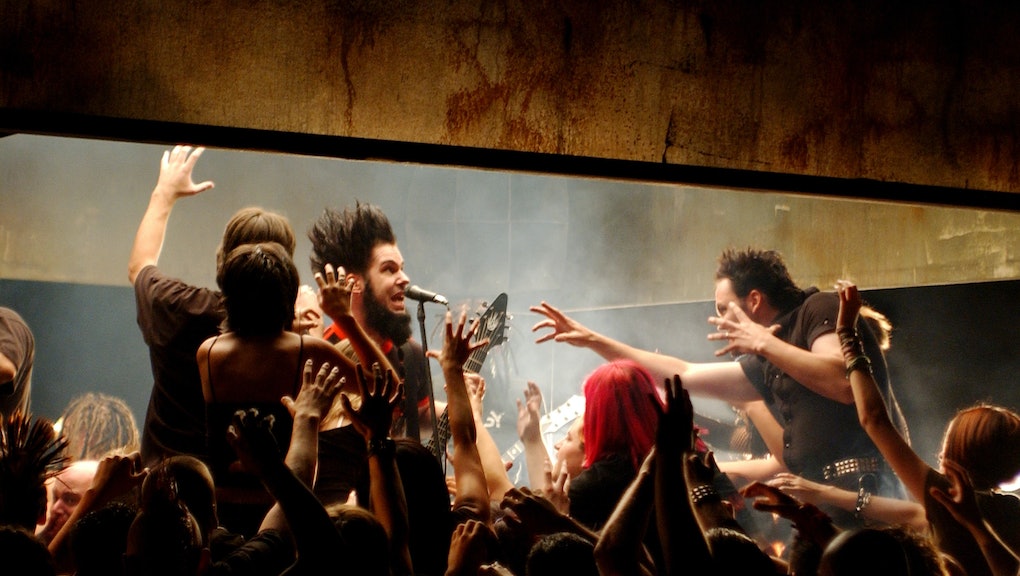 Who in their right mind would go to a "herd immunity" music festival?

Coronavirus infections are on the rise again in much of the country, increasingly among young people, but you wouldn’t know it from the way folks are acting. From the Lake of the Ozarks in Missouri to crowded parks in New York City, lonely humans, sick of self-isolating as the weather gets warmer, have been abandoning social-distancing precautions in favor of spending time with other people, health risks be damned.

A three-day “herd immunity” music festival scheduled to take place in Ringle, Wisconsin, in mid-July is taking this energy to the, uh, extreme. With the exception of drive-in concerts and performances streamed online, live music events have largely been cancelled for the foreseeable future. Health experts have warned concerts could be “superspreaders” of COVID-19 and predicted they wouldn’t be feasible till 2021.

Performing at Herd Immunity Fest are metal acts Static-X, Bobaflex, Dope and Royal Bliss. At least one band, Nonpoint, dropped out of the lineup as news of the festival went viral. Powerman 5000 founder Spider One tweeted, “A bunch of bands that I consider peers and some friends are partaking in a show called ‘herd immunity fest,’ which by that title is basically saying to their fans, come see us and we hope you get sick. What the actual fuck??” Nonpoint’s official account responded saying the band dropped out in objection to the name of the festival.

The Facebook page for Herd Immunity Fest disappeared on Wednesday, but the event description initially read: “As humans we NEED other human contact. MUSIC in itself is great, but the live streams as I am sure you all know is just not the same we need LIVE, feel it to the bones, run shivers up your spine MUSIC with people around us. Takes us all away on a trip that unless you have felt it you won’t understand.”

It appears the blowback to Herd Immunity Fest has made its organizers reconsider its branding, somewhat. The concert is proceeding as planned, but they’ve dropped the name — a play on the disputed “herd immunity” theory that posits allowing a virus to spread freely through a population enables most people to quickly become immune to it.

The Q&Z Expo Center, where the fest is being held, deleted its initial announcement and posted new ads dubbing the event “Mini Fest” instead. The venue also clarified it’s capping attendance at only a percentage of its total capacity, to encourage social-distancing. “For the record the venue’s land can accommodate up to 10,000 occupancy. We are only selling 20% of that so anyone has the choice to social distance. We want EVERYONE to have a safe and rocking experience,” the event space posted on Facebook.

Ringle, Wisconsin, is a small town with under 2,000 residents. A representative for the local health department said they were not aware of the music festival. And while they didn’t like the sound of thousands of people moshing to metal bands, they had no authority to shut it down.

“The health department does not have the authority to prohibit community events,” said Judy Burrows, with the Marathon County Health Department, which “discourages individuals from attending mass gatherings.” She added, “If people choose to attend any large public event, we encourage them to wear cloth face masks, wash hands or use hand sanitizer and practice social distancing.”