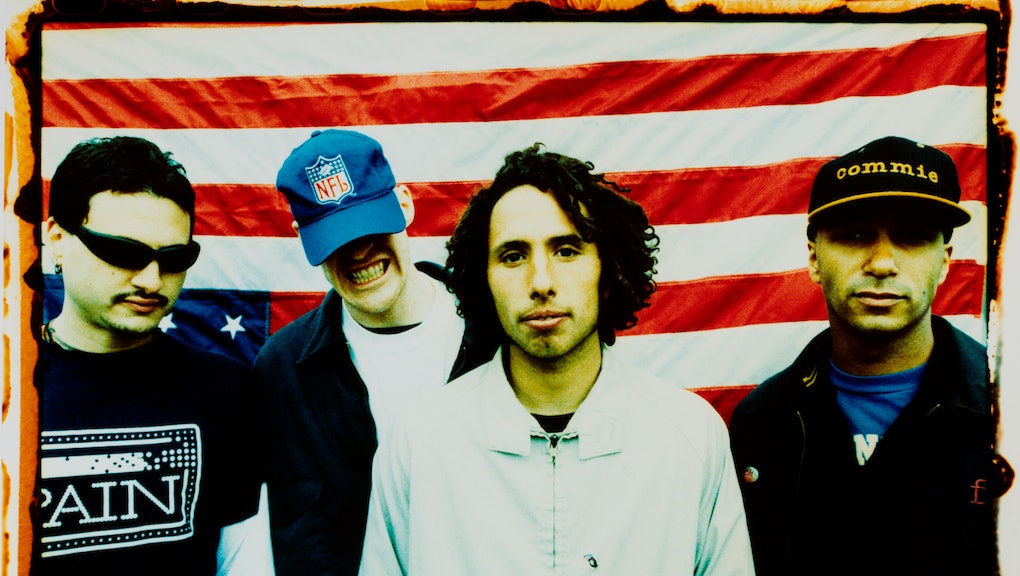 Why are bands like My Chemical Romance and Rage Against the Machine suddenly reuniting?

All the bands are getting back together.

On Friday, news broke that Rage Against the Machine is reuniting to headline Coachella’s 2020 lineup. An unverified Instagram account in the band’s name announced a total of five shows in a post featuring a photo of Chilean protesters that was also shared by guitarist Tom Morello earlier in the week. Two of the shows are in towns on the US/Mexico border, suggesting the stridently political band could be coming for Trump in the lead-up to the 2020 election.

A day earlier, on Halloween of course, My Chemical Romance made waves by announcing a comeback show this December in LA. Over the summer, Joe Jonas fueled rumors of the band’s comeback when he evidently overheard the band rehearsing in a studio nearby.

They’re hardly the only groups making a comeback. In September, British band Supergrass announced a slate of 2020 tour dates after a decade-long hiatus. So did The Pixies, who kick off a series of North American concerts later this fall. Tool’s comeback album, Fear Inoculum, debuted at number one on the Billboard 200 in September, too. (A staggering number of its sales were physical albums, interestingly at-odds with a market dominated by streaming.)

Hootie and the Blowfish celebrated the 25th anniversary of their double-diamond-certified album, 1994’s Cracked Rear View, with a hugely successful tour this summer and a new release, Imperfect Circle, which dropped on Friday. It was the band’s first tour in 11 years and grossed over $42 million in the US — more than twice as much as its next-biggest touring year, 1996. “I really don’t remember ’95 and ’96,” Hootie’s 53-year-old frontman Darius Rucker told Billboard recently. “But I remember what it was like when we quit. Going back out again, we were scared.” Nevertheless, the band sold an average of 3,000 more tickets per show this year than it did in its heyday. Before the tour wrapped in the UK last month, management told the musicians their draw was so strong they could easily book any venue they played in the ‘90s.

In general, touring is far more lucrative for artists than it used to be. That’s partly because the price of concert tickets has quadrupled since 1996, from an average of $25.81 to $91.86 a pop. According to Bloomberg, as piracy and streaming eroded music sales in the ‘90s, artists began leaning more heavily on touring to make up the difference. Stars like Taylor Swift and Beyoncé can rake in more money from a couple of concert dates than a year of album sales, for example.

This could partly explain the uptick in rock and roll reunions — aging musicians are smart to cash in on the windfall of performing live before they’re unable to sustain the touring lifestyle anymore. Guns N’ Roses embarked on a comeback tour three whole years ago and are still at it. They’ve grossed hundreds of millions of dollars so far and embarked on another North American leg this fall, according to Billboard. In May, Courtney Love told The Guardian that Hole was “definitely talking about” a reunion to celebrate the 25th anniversary of Live Through This.

The Spice Girls reunited this year (sans Victoria Beckham) for a sold out 13-stadium tour that grossed over $78.2 million. The group, which split in 2000, did one other reunion tour a decade ago that grossed more than $70 million.

N’SYNC (minus Justin Timberlake) made a surprise appearance at Coachella this year, performing alongside Ariana Grande. Lance Bass told Variety that the reunion was “definitely a one-off” but added that “there are many, many things coming across our desk because of Coachella that we would be stupid not to discuss and look at.”

Aside from the moneymaking potential of getting the band back together, Bass pointed out that reunions are ultimately in service of fans. “People are really into nostalgia right now,” he said. “They’re really digging the 90s and early 2000s again, and I think fans just want to feel that innocence and excitement again.”