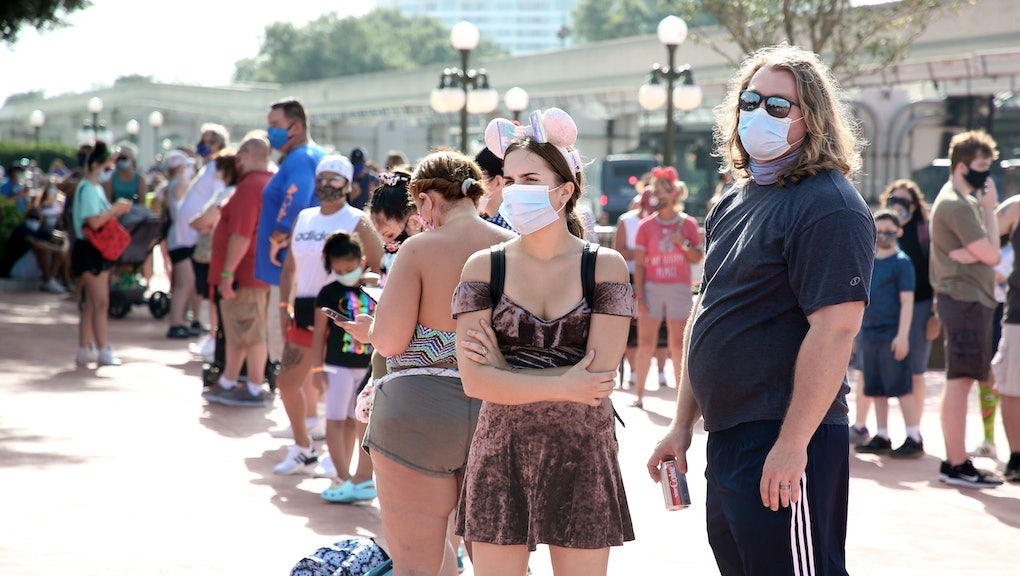 Why can't Americans stay away from theme parks right now?

To lots of people, the idea of visiting a theme park during a pandemic is a nightmare scenario. Thousands of strangers roaming the same few acres, lots of them flouting mask requirements or just wearing them wrong, all touching the same sticky lap bars and sharing the same public restrooms. Just thinking about it makes me want to run out and get a covid-19 test.

Well, evidently lots of other folks are just fine with braving crowds and coronavirus in the name of a little diversion. Because over Labor Day weekend, theme parks in Orlando, Florida, like Disney World and Universal Studios all maxed out their (scaled-back) capacities for the first time since reopening. A video of herds of people walking around the Wizarding World of Harry Potter at Universal’s park went viral after it was posted on TikTok last weekend.

Balancing public health and safety with the realities of running a business that has crowds of families at its core is a dizzying quandary. And not just because riding a roller coaster with someone who might have a deadly virus is likely to make science-minded people queasy. On one hand, parks have touted the precautions they’ve enacted. Disney has roving “social distance squads” to remind people to stay six feet apart and wear masks. Six Flags implemented high-tech touch-free bag check machines at park entrances. Universal Studios turns away anyone with a temperature above 100.4 degrees Fahrenheit. On the flip side, reports emerged last week that Disney covered up positive coronavirus cases among park employees, in some cases letting them return to work while still sick.

In light of all the obvious risks, as well as the fact that California was one of the states hardest hit by covid-19 this summer, Governor Gavin Newsom never greenlit the reopening of parks in his state. According to reports from early September, California is “getting closer” to issuing guidelines for theme parks — right as the season is ending, with beleaguered parks in other states preemptively cancelling Halloween events and slashing their hours.

As a matter of fact, despite the mind-boggling crowds in Florida last weekend, it’s been a pretty sucky year for theme parks business-wise. Disney’s parks suffered a nearly $10 billion decline in revenue this year, due to extended covid-19 closures. And according to Deutsche Bank analysts, 2021 is shaping up to be another “lost year” for The Mouse’s IRL attractions.

Colder months are coming, and scientists are worried that more indoor activities this fall and winter could cause coronavirus cases to spike before a vaccine is widely available. With states like California and Florida taking such wildly different stances on what’s safe to do right now, and theme parks not making any meaningful revenue anyhow, it seems like the prudent thing would be to shutter them all. Obviously, Disney and Universal and their brethren aren’t going to do that, because capitalism often trumps humanitarian concerns in America. But if theme parks did throw in the towel for the rest of 2020, there’s a chance it’d help tamp this pandemic down so we’re not all still living through this nightmare a year from now. The end of quarantine: it’s a prospect more thrilling than any roller coaster these days.