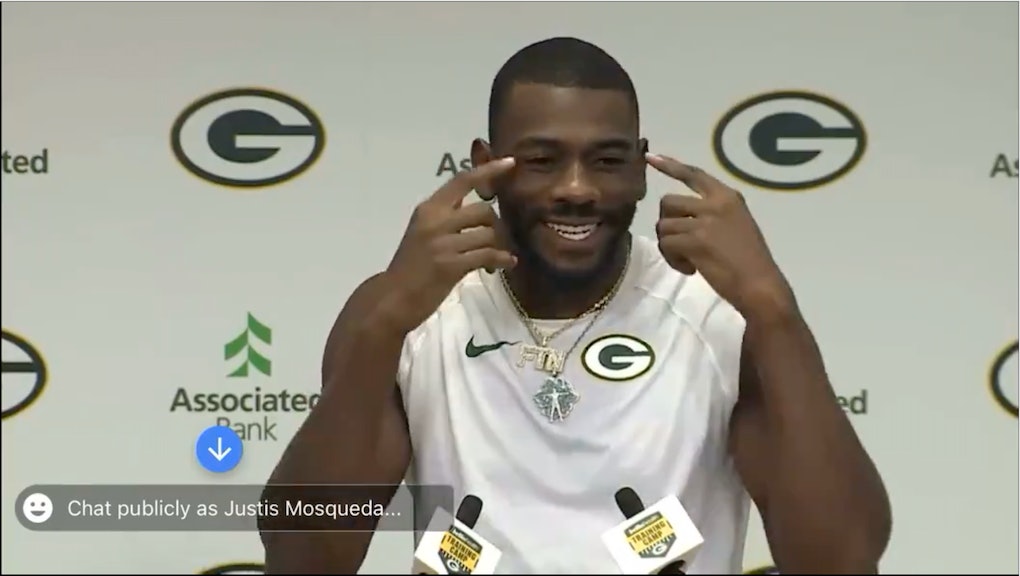 Why do we still not know what Asian hate looks like?

Over the weekend, Devin Funchess, a wide receiver for the Green Bay Packers, landed in hot water over his use of an anti-Asian slur during a press conference. “I could tell you was smiling (over) the face mask…. Everybody go chinky,” Funchess said to a reporter while seeming to gesture towards pulling his eyes back.

Funchess has since apologized with a standard Notes app repentance — citing “respect and love for all cultures” and learning and growing from the mistake — but the incident seemed to be indicative of a more troubling widespread ignorance and indifference around anti-Asian sentiments. The matter, after all, comes just days after the Juventus Women’s soccer team tweeted an eye-slanting emoji caption to accompany a photo of one of its players making the same gesture while wearing an orange cone atop her head seemingly meant to imitate a rice hat. That incident was met with widespread backlash, and prompted Juventus’s Twitter to take down the photo and tweet a hasty and laughable apology for what was apparently never meant to “have any racial undertones.”

And yet, there is a sense that these incidents (perhaps Funchess’s more so than the Juventus mishap), were indeed not meant in any way to offend. Both incidents were, after all, not candid moments that were surreptitiously captured, but utterances and gestures that were knowingly and willingly done in front of a camera. The disconnect seems to point to a collective, implicit understanding that what might be discriminatory to Asians and Asian Americans is inconsequential, or deemed worthy of being called offensive.

Anyone who is Asian in America is not only painfully aware of what both the slur and the gesture mean, but also that those who weaponize either — whether from people on street corners to MLB stars to Miley Cyrus — are historically unfazed by the potential for consequences. Yet, in Funchess’s case, in particular, the cavalier way in which he seems to use the slur while making the gesture — to essentially just refer to the facial expression of smiling — does actually seem to indicate he is completely unaware what the word and its connotation mean or represent. It’s a fact that provides little comfort when it gives way to the realization that it is perfectly normal for many people well into their adulthood to be utterly unaware of what such a word means. More pointedly, it speaks to a collective indifference that perhaps the most commonly used anti-Asian slur is not even known to be such a thing by large swaths of people.

This sad truth is only compounded by the fact that it exists within a past year and a half that has been perpetually stained by anti-Asian assaults, verbal and physical, on streets all across the country — a trend that is only a magnification of hate that has always existed in some form, but has simply gone uncovered. These back-to-back moments in the past week might be optimistically deemed as teachable moments, to help those who are unaware understand why these moments are ugly and harmful. But the fact that such education is needed in the first place is a tragedy in itself.

More like this
The bittersweet success of 'Shang-Chi' after a year of pandemic-fueled Asian hate
By Brandon Yu
Colin Kaepernick's new Netflix documentary highlights the man behind the icon
By Keith Nelson Jr.
Even in death, Michael K Williams was, and still is, Brooklyn for life
By Keith Nelson Jr.
Stay up to date