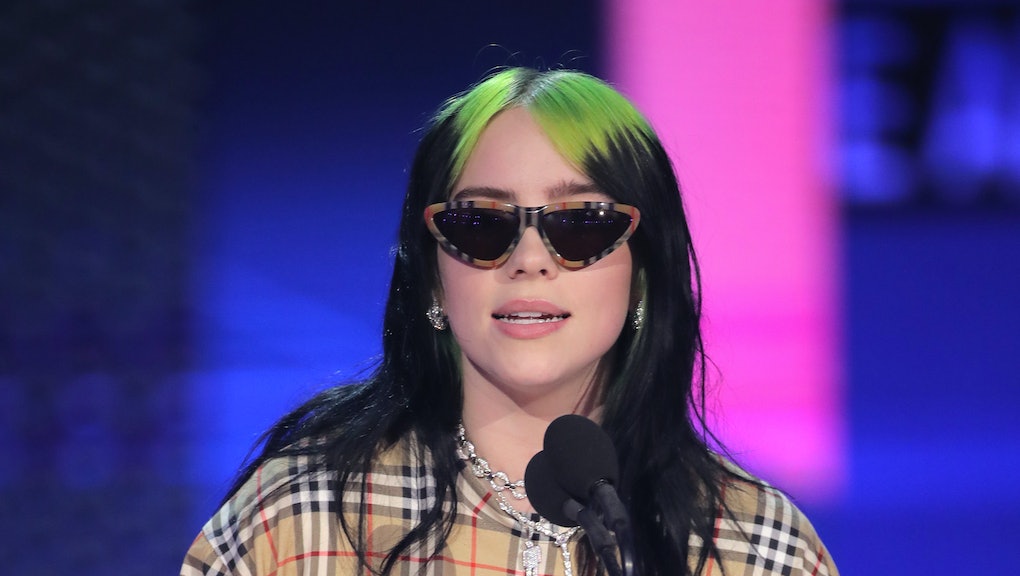 Why is Apple making a Billie Eilish documentary?

The streaming wars are already starting to play out, it seems, with tech giants throwing a massive amount of money at content creators in a bid to attract subscribers.

Apple reportedly paid Billie Eilish $25 million to secure the rights to a documentary about her first year of mega-fame. The film was shot earlier this year in partnership with Eilish’s label, Interscope Records, and follows the 17-year-old songwriter in the months after her debut album, When We Fall Asleep, Where Do We Go?, dropped in March.

The big spend is a pretty transparent original content grab by Apple, which hasn’t yet had a big hit on its nascent streaming service, Apple TV+. The Morning Show starring Jennifer Aniston, Reese Witherspoon, and Steve Carrell kind of fizzled out of cultural discourse in favor of watching the IRL Matt Lauer fallout run its course. Dickinson, the Apple TV+ series about 19th century poet Emily Dickinson, is delightful if you’re a bit of a lit nerd who enjoyed Riverdale back when it was still good. Sadly, we’re a bit of a niche audience.

Apple needs its own version of The Mandalorian, the delightful sci-fi/Western on competitor platform Disney+. And since everyone knows that trying to best Baby Yoda at this particular cultural moment is a fool’s errand, Apple is pivoting to a genre it knows pretty well: music.

Apple is in the midst of a love affair with Billie Eilish, the teen phenom who amassed a cult following the last few years but exploded in 2019. The tech giant named Eilish the Artist of the Year at its inaugural Apple Music Awards on December 4.

In a strategic move that exposes where the company’s current interests lie, the Eilish documentary won’t be available on Apple Music, just the Apple TV+ app. That’s a departure from previous music documentary projects released by Apple, like the making of Kesha’s Rainbow and Taylor Swift’s 1989 World Tour (Live), which all streamed on its music platform.

Apple is trying to drive viewers and subscribers to TV+ to buoy the longterm chances of its platform’s survival. But for users who don’t buy an Apple product in the next year, that means shelling out an additional $5 or $10 to use both services, which feels a little scummy coming from a trillion-dollar company.

With the exception of Dickinson — long live this great show, may it never be cancelled — I kind of personally think Apple ought to go back to doing what it does best: manufacturing pretty reliable hardware that prioritizes user data privacy. I value the company for that. But I’d also love Apple to pour the $25 million it heaped into Billie Eilish’s bank account into finding sustainable production methods for its electronics. Maybe that money could, you know, help offset the cost-savings the company undoubtedly gains from using child labor to mine rare minerals and assemble iPhones in dangerous factory conditions.