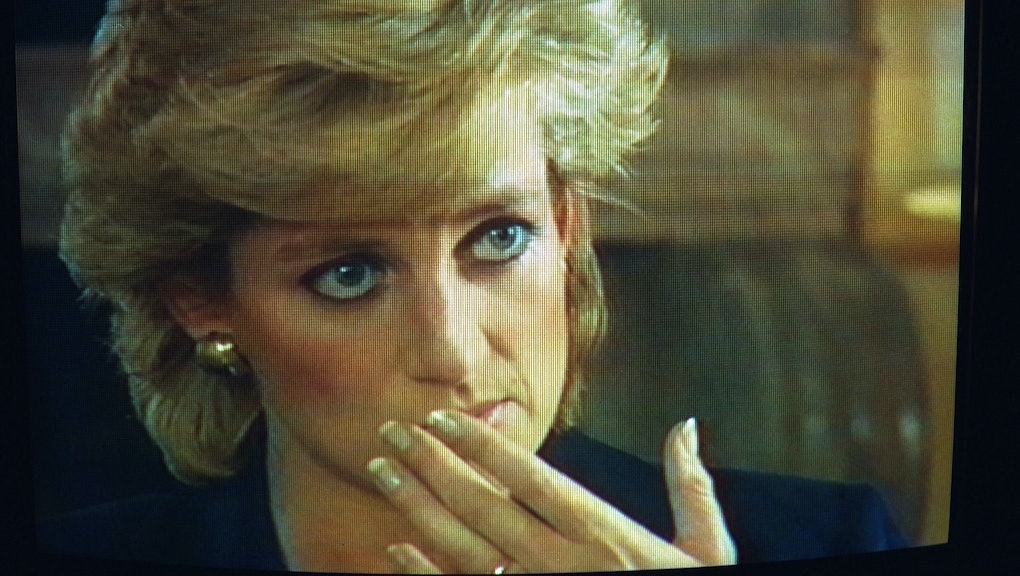 Princess Diana died nearly a quarter-century ago, in a 1997 car crash in Paris at the age of 36. But thanks to the impending fourth season of Netflix’s The Crown, which dramatizes her marriage to Prince Charles, as well as an explosive documentary that aired this week on British network ITV, the beloved late royal is back in the news in a major way. All these years later, pop culture is belatedly reexamining the shady ways Princess Diana was mistreated by the royals, the media, and society at large.

A few revelations outlined in the ITV documentary, The Diana Interview: Revenge of a Princess, have made the news this week. Firstly, the princess’s former astrologer, Penny Thornton, claimed that Prince Charles made a hurtful confession to his bride on the eve of their nuptials.

"One of the most shocking things that Diana told me was that the night before the wedding Charles told her that he didn't love her,” Thornton says in the documentary. "I think Charles didn't want to go into the wedding on a false premise. He wanted to square it with her and it was devastating for Diana. She didn't want to go through with the wedding at that point, she thought about not attending the wedding."

Diana and Charles’s fractious relationship is one of the most scintillating subplots of the forthcoming season of The Crown. It picks up the story of the royal family in 1979, timed to the election of Britain’s first female prime minister, Margaret Thatcher, and ends in 1990, as things were going sideways between the princess and future king of England.

Diana is portrayed by emerging 24-year-old actress Emma Corrin, who fought to show the deeply human side of the beloved and beatified royal. It was at her suggestion that The Crown’s scriptwriters added depictions of the princess’s struggle with bulimia. "I don’t think we should shy away from those conversations; Diana was very candid about her experience with bulimia, and I so admire that,” Corrin said in an interview with Radio Times.

The first time the young royal spoke publicly about her illness was during her infamous BBC “Panorama” interview in 1995. At the time, reporter Martin Bashir’s “scoop of the century” rocked England when Princess Diana candidly opened up about her “crowded” marriage to Prince Charles and admitted an affair of her own.

That controversial old interview is back in the spotlight this week too, thanks to the new ITV documentary, which alleges Bashir used dishonest tactics to coerce Diana into speaking out. Specifically, the BBC interviewer is accused of using doctored bank statements to convince the princess that people in her orbit were being paid to spy on her, thus gaining her trust. Bashir is seriously ill due to quadruple bypass heart surgery and complications from COVID-19 and hasn’t responded to the allegations.

The sudden renewed interest in the trials and tribulations of Princess Diana underscores what a beloved and enduring tragic heroine she is, decades after untimely passing. It’s also an interesting moment to revisit how she was publicly and privately treated, in the wake of the #MeToo movement and the fallout of Meghan Markle’s harassment by the British press. None of this dredging of history can right the wrongs perpetrated against Diana in her lifetime, of course. But reexamining her story through the lens of reality instead of fantasy feels like a modicum of belated justice, nonetheless.

More like this
Steve from 'Blue's Clues' gave us the closure we didn't know we needed
By Kara Weisenstein
Even in death, Michael K Williams was, and still is, Brooklyn for life
By Keith Nelson Jr.
The unmatched power of Michael K. Williams
By Bonsu Thompson
Stay up to date