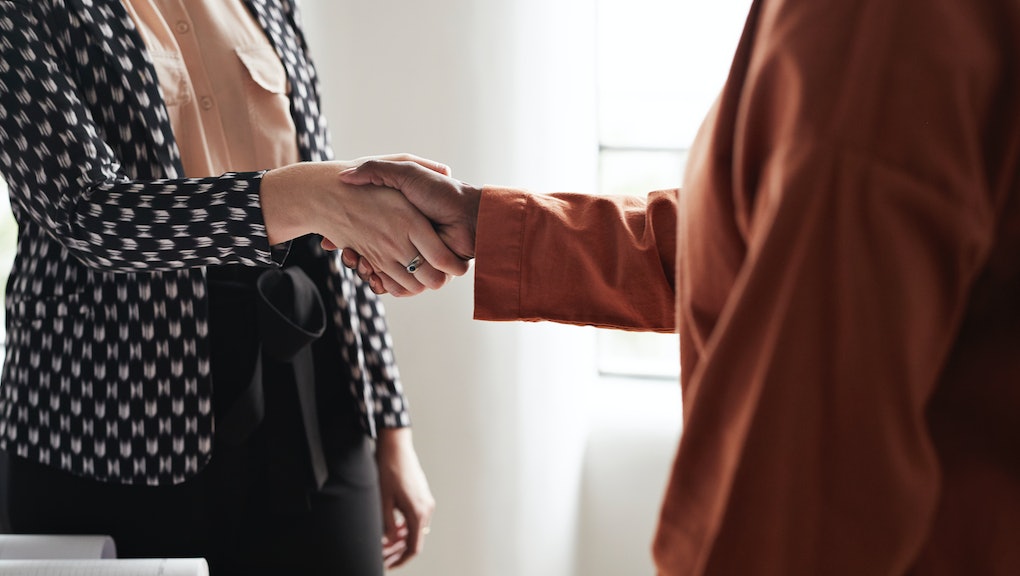 Why you instantly dislike certain people

In previous, less deadly Decembers, my friend group has been known to meet at a rental house for a weekend of drinking, hot tubbing, and more drinking. A couple years ago, a friend brought his two roommates along with him, and one rubbed me the wrong way from the moment he said hello. There was no confusion about it: I instantly disliked him. The bad feeling I had about him was right — he later expressed some very racist and sexist ideas. I could get into details, but overall, trust me when I tell you that he authentically sucked as a person. Had I sensed that from the get, somehow? Where do our intuitive negative feelings about a person stem from?

To find out a little about this hate-at-first-sight phenomenon, I asked someone in the know about the scientific ways that our brains tell us about people when we first meet them. “Our first impressions are based on how a few different parts of your brain process information,” says Jessy Warner-Cohen, A New York-based psychologist with Northwell Health and professor of psychology at the Donald and Barbara Zucker School of Medicine at Hofstra University. The three main portions of your brain that are involved with first impressions are the amygdala, posterior cingulate cortex, and dorsomedial prefrontal cortex, she tells me. These parts of your brain are responsible for, according to a 2006 study, coming up with a first impression about someone in a little less than a tenth of a second.

“These are parts of your brain that control emotions and emotional memory as well as the parts that control decision making,” she says. “In essence, your emotions, memories, and decision-making are coming together at a very rapid rate.” This is why we equate those rapid judgments we make as intuition rather than a complex set of processes our brain is automatically ready for — thinking that it’s magic is easier to understand than the fact that our thoughts travel faster than a bird can fly, basically. This tells you how fast we come up with first impressions, but not why we’re correct about them. Because the truth is, how we feel about someone before we know them is very much about their physical traits, and who they consciously or subconsciously remind us of.

“Our first impressions are largely based on a combination of how threatening versus welcoming our perception, our own experiences, and our emotional state are while meeting the person,” Warner-Cohen says. Oftentimes, this doesn't necessarily relate to the actual character of the person; it’s more about how open we are to them.

Also, someone who smiles is often assumed to be more friendly than someone who is not smiling, but an upside down frown is not necessarily a reflection of one's interpersonal warmth. This is an especially fraught subject when you factor in the gender of the people involved in the interaction. I know every woman and femme-presenting human reading this knows this all too well. That being said, if we acknowledge that smile status doesn’t equate to personality, we’re less inclined to hate someone with Resting Bitch Face when we first meet them.

Warner-Cohen tells me that our cognitive frame (essentially, the mental template that we assign to groups of information in order to understand them) shapes how we integrate new information into what we already believe or know, and some of those beliefs are more benign than others, which can affect presidential elections. “We all have biases, whether or not we like to admit to such, and these biases affect how we process new information as well,” she says. “We generally like to confirm information we already believe is true. This has a powerful effect on our first impressions as we then integrate new people into what we already believe about people in general.” So ultimately, while I was right about the roommate, we can’t always rely on our first judgements.

Again though, how someone looks really throws our brain into immediate judgement mode. “Interestingly, there are some physical factors that seem to be prevalent amongst large swaths of the population,” Warner-Cohen says. “The most famous one is that we immediately perceive people with more symmetrical features as more attractive than less symmetrical, even though no one's body is perfectly symmetrical.” Unless you’re willing to sign over your life to George Clooney, who, according to science, has the most symmetrical face in Hollywood, maybe we need to rely on more than your brain’s first impression of a person.

Basically, our brain is waving red flags — and the green flags, when we like the person — based on past experiences and what society has made us believe about who is “good” and “bad.” We live in an ultra-visual world and we all harbor our own internal biases based on people’s physical attributes, harboring our own discriminations. Truly, we need to do some soul-searching in order to get over these — which is what I did in the subsequent moments after meeting my friend’s roommate.

In the interest of being completely helpful to you in your first impression journey, I have to bring it to an uncomfortable conclusion. A large segment of the population still believes in eugenics, white supremacy, and other scientifically disproven (and honestly silly) ideas about how humans are meant to live. And regardless of how wrong they are, those assumptions are still sitting right there in our mental dictionaries. So take heed when consulting your own.

This article was originally published on Dec. 7, 2020