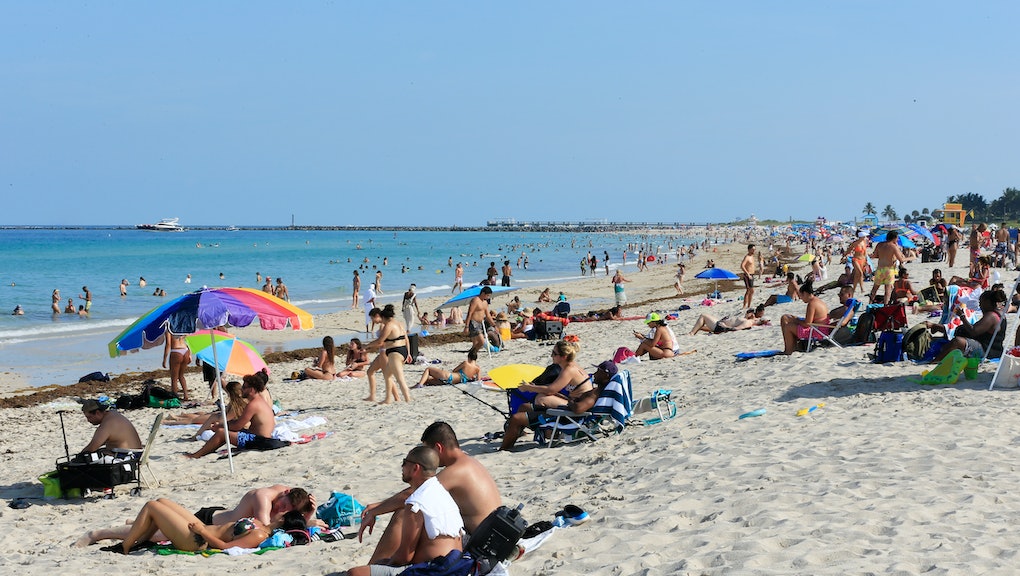 Will Florida will be the next coronavirus epicenter?

As of this week, over 2 million people in the U.S. have been infected with COVID-19, and more than 117,000 people have died from it. Infection rates are upward trending in 23 states, 10 of which have reported a recorded number of cases, CNN reported. Based on modeling that tracks coronavirus, experts are speculating that Florida is the next COVID-19 hotspot.

According to projections released yesterday by the University of Pennsylvania, Florida has "all the markings of the next large epicenter of coronavirus transmission," reported CNN. "The potential for the virus to take off there could have catastrophic consequences,” Jeanne Marrazzo, director of the division of infectious diseases at the University of Alabama at Birmingham, told the outlet.

Why Florida? Well, on Monday, it reported 2,800 new positive cases of COVID-19, which is the highest number of new and confirmed cases in a single day. Despite this, Florida governor Ron DiSantis said in a press conference on Tuesday, “We’re not shutting down, we’re gonna go forward.” DiSantis said that the virus is localized in prisons, labor camps, and other high risk facilities and that the spike is due to increased testing. DiSantis's statement feels like a disappointing indicator of his disregard for the lives of people who can’t vote in Florida.

Infectious disease experts, who garner their authority from science instead of polling numbers, disagree with DiSantis. “When you see 50% or 150% increase in the number of cases you are seeing — which is what we are seeing across the South — that's not testing,” Ezekiel Emanuel, chair of the department of medical ethics and health policy at the University of Pennsylvania told CNN. “That's new cases. That's community spread.”

Miami-Dade County Mayor Carlos Gimenez agrees with health experts and announced Wednesday that he would be enforcing business closures. “Businesses that are not abiding by the rule will be shut down by the Miami-Dade Police,” he said in a press conference.

And Miami City Mayor, Francis Saurez, who contracted COVID-19 in March and recovered, said that another stay-at-home order is possible. “I don’t think there’s any elected official on the planet, not one, that could tell you that there’s no circumstances under which we wouldn’t consider a closure,” he said in a briefing.

With all these conflicting announcements, how can we not be looking at Florida to see what happens next? Health experts have been warning us from the beginning that the lack of clarity and consistency from officials creates dangerous confusion about COVID-19, and Florida has become a petri dish of conflicting reports. Let’s hope it doesn’t spill.