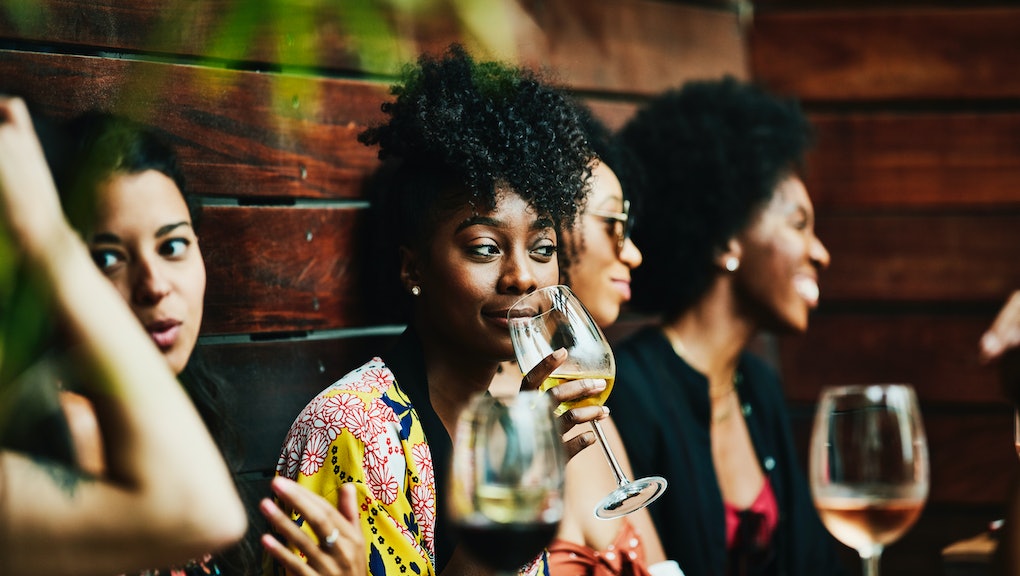 Wine sales are down. Are millennials to blame?

American wine is getting cheaper. It’s a good thing, too, because our political climate is a festering eyesore, the earth is rapidly heating up, and Rihanna has yet put out her 9th album to soothe our collective angst. Wine is going to have to do the trick. There are a myriad of reasons that US wine sales are down (resulting in the price drops), CNN reported. Let’s investigate the reasons before we rejoice.

"The main cause of oversupply today is the culmination of a few years of slowing wine shipment growth, with an ample 2018 wine grape crop as an exclamation point," Jeff Bitter, president of Allied Grape Growers, a grower-owned wine grape marketing association, told CNN. Californian vineyards reportedly started planting more grapes in 2016 because they were seeing an increased demand for wine and more efficient harvesting methods allowed vineyards to yield more grapes than usual in 2018. The combination of those variables means that we have more grapes than we need.

Because it takes several years for crops to be converted into product, more grapes planted in 2016 means more wine now. That would have been great if wine demand had increased as much as industry insiders assumed it would, but it didn’t. “We overshot demand," Bitter told CNN. This oversupply will allow for higher quality juice in less expensive bottles, said Rob McMillan, founder of Silicon Valley Bank's Wine Division said in the annual State of the Wine Industry report he authored.

Cheap wine for all! That’s a good thing, right?

Not necessarily. It means that wine consumers will be able to get great wine at reasonable prices this year, but it also means that wine producers are going to have to change their planting tactics so they don’t go broke. “Unless vineyard acres are removed, balance will be difficult to find," McMillan told CNN. In order to stay in the market long-term, wine makers are going to have to start making less wine.

US wine makers are also going to take a short term economic hit. McMillan noted that US wine growers are going to make less money than they expected in his report, and that wine prices can’t be expected to stabilize for at least two or three years. There are 8,702 wine growers in the US. With the price of wine getting cheaper and more vineyards being affected by climate change, cheap wine sounds less like a bacchanal and more like another way that American workers suffer when consumer capitalism doesn’t go as planned.

All of these issues are amplified by the fact that Americans are, for the first time in 25 years, decreasing their wine consumption, CNN reported. Is the glow on that rosé-all-day campaign finally dissolving into a spiked seltzer fever?

Beverage industry insiders, like McMillan, think consumer drinking habits are changing. “Baby boomers are moving into retirement and declining in both their numbers and per capita consumption, while millennials aren’t yet embracing wine consumption,” he said, in his Wine Report. “Millennials represent the wine industry’s largest opportunity.”

I spoke to a few millennials for this article to get their take, and they wholeheartedly confirmed that are, indeed, drinking wine on the reg. So what’s the problem? “I don’t really feel like wine is marketed to me, but I always fuck with wine because I love it,” Aubrey Allison, a 30-year-old writer in New Orleans tells Mic. “I think hard seltzers are definitely marketed to millennials, and there’s a huge cultural moment happening for them right now.”

Allison says that a lot of parties she’s been to lately have had tons of spiked seltzer, and the meme-ified White Claw craze has persisted past its summer in the sun. But it’s not a matter of millennials preferring hard seltzers to wine, she says; they’re just a smarter party choice. “They have more water in them,” she says, “so they feel more hydrating and the hangovers suck less.”

For some millennials then, drinking hard seltzer is a matter of convenience and health. Other folks were offended by the millennial hard seltzer stereotype. “White Claw smells and tastes like body spray,” Julia Marshall, a 30-year-old artist in New Orleans, says. Just because White Claw is meme-worthy and successful in the millennial marketplace, she adds, doesn’t mean that millennials universally love it and that they’ve given up on wine.

“I am 200% inundated with ads for hard seltzer in every format. They’re on billboards, the radio, even my Insta,” says Brookeleigh Hayne, a 31-year-old who works in hospitality in Philadelphia. “I feel like they are always trying to spin some new product to us. Everything is a trend, even what we drink.” Marshall agreed that millennials are not, actually, that stoked about the way hard seltzers are being marketed to them. “Most of the ads are pejorative,” she says.

To me, this conclusion about millennials being partially to blame for temporarily dwindling wine sales is more evidence that older generations are having a difficult time decoding millennial trends because they’re using outdated and earnest market-based metrics. Millennials tend to have a more ironically affectionate relationship to trends rather than heartfelt attachment. Plus, there are a lot of fun adult beverages trending out there.

Ultimately, lack of millennial interest might not be a huge factor in American wine’s current struggle. Apparently, some people thought we could sell a lot of wine and planted too many grapes, and now we’re standing back trying to figure out how to sell the grape surplus to millenials and at the same time condescendingly critiquing their inability to “embrace” the market because of their supposed preference of convenient (but low-brow) canned bevvies. It turns out that millennials might have been paying attention in econ. “This seems like a simple issue of supply and demand,” Marshall says.

More like this
Can't bear to be in a relationship right now? Blame de-cuffing season
By Suzannah Weiss
Should I wear sunscreen indoors?
By Caroline Shannon-Karasik
Wanting to start a family motivated us to pay off $126K in a year
By Marianne Eloise
Stay up to date