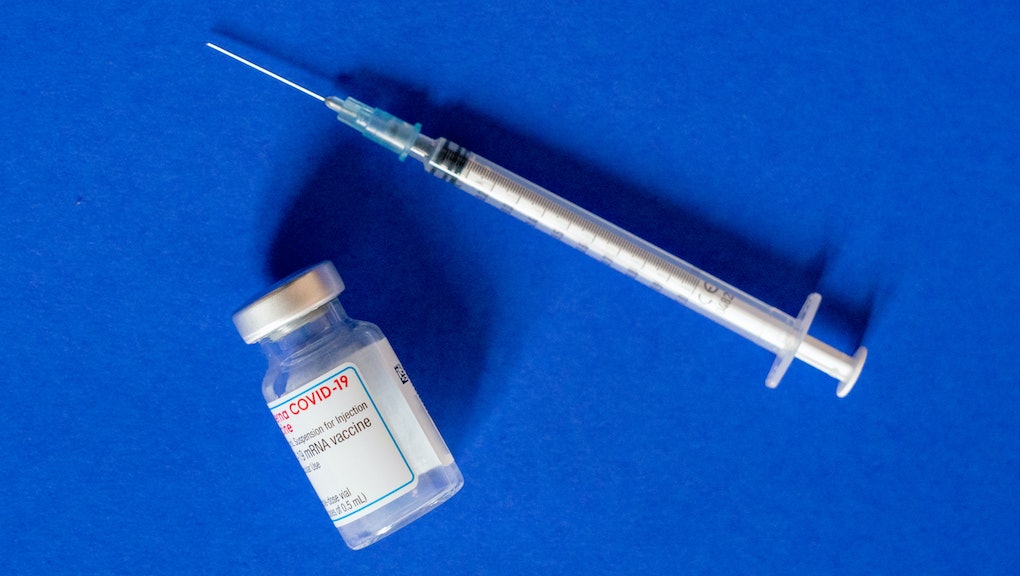 You can buy a coronavirus vaccine on the dark web, but please don't

While just over one-fourth of the United States has already received at least one dose of the coronavirus vaccine, according to the Centers for Disease Control and Prevention, millions are still waiting for their turn in line — and some are looking for just about any way to skip to the front. One option, which is certainly not for the faint of heart, is to head to the dark web. According to a recent report from cybersecurity firm Check Point, listings for doses of the coronavirus vaccine have increased by over 300% in the last three months, selling for as much as $1,000 per dose.

According to the report, advertisements for vaccines on dark web marketplaces are growing increasingly common, and prospective buyers have their choice of which formula they would rather stick themselves with. Variants allegedly available include the single-dose Johnson & Johnson vaccine, the controversial AstraZeneca option, China's state-developed Sinopharm formula, and the Russian Sputnik V vaccine. The shots sell from anywhere between $500 to $1,000.

For those who would rather just fake it instead of taking the risk of administering a vaccine that has either been illegally acquired or is maybe just a super expensive vial of sugar water, the dark web has you covered, as well. Fake COVID-19 tests sell for as low as $25, and fake vaccine certificates are available for $250. This is particularly insidious, as vaccine documentation may be required for things like returning to the workplace and traveling. Sellers of these documents request the buyer's personal information and populate it in an official-looking vaccine certificate, which just might be enough to get buyers past security checks meant to ensure the public's health. Researchers have warned that requiring documentation of the vaccine in order to return to previously standard parts of daily life would likely create a black market for forged documents, and it appears that is coming to fruition on the dark web.

Before you go download the Tor browser, though, consider that some of the listings are probably fake. According to Ars Technica, researchers at Check Point attempted to purchase a Sinopharm vaccine from a dark web vendor. After a negotiation conducted via Telegram, they paid $500 in Bitcoin to the seller and were given a FedEx shipping label. The vaccine has yet to arrive, which does not inspire confidence.

While vaccines are largely being offered for free from the governments of the world, distribution has been uneven and has left many waiting. Globally, less than 1% of the world has received even a single dose of a coronavirus vaccine, and availability has disproportionately favored well-to-do countries. Earlier this year, it was reported that just six countries that were considered middle-income or developing nations had vaccines available to them, prompting the World Health Organization to issue a warning against the "vaccine nationalism" that is keeping low-income countries from gaining access to the best defense against coronavirus that we have.

We are all desperate for the world to return to the way it was before the pandemic, despite any anxiety it may cause after more than a year of isolation. But purchasing a vaccine off the dark web is certainly not the way to go about it — and buying forged documents isn't going to help anyone but yourself. Rich countries must help to close the gap of access so that people in developing nations do not have to resort to these methods. And if you're in a situation where you’re just getting impatient and jealous, well, save your Bitcoin and just wait your turn.

More like this
Mississippi has the lowest vaccination rate in the country, and Facebook isn't helping
By Vanessa Taylor
QAnon queen Marjorie Taylor Greene got suspended from Twitter for spreading coronavirus misinformation
By AJ Dellinger
I watched Spike Lee's cryptocurrency ad so you don't have to
By AJ Dellinger
Stay up to date