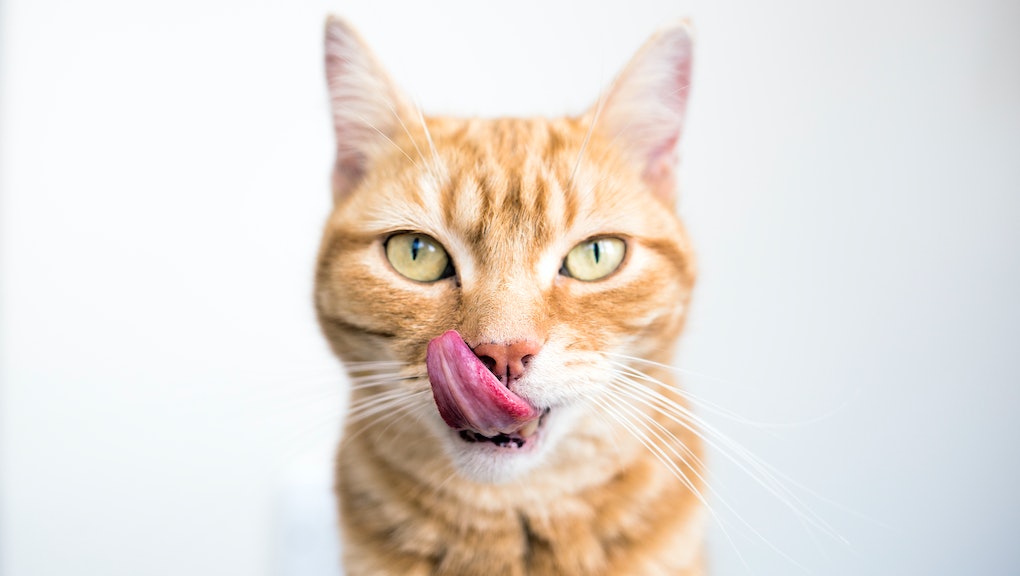 Your cat would eat your corpse, new research confirms

My cat Cabbage is the life partner that has supported me through thick and thin. She loves me. I know this. And yet, like with any partner, sometimes when she looks at me I see murder in her eyes. It turns out that I’m not just a paranoid cat lady. New research shows that, under the right circumstances, yes, your cat would eat your corpse.

To be fair, the researchers who conducted the study weren’t trying to give cats a bad name. Instead, they were studying the effects of natural decomposition on human corpses at a “body farm,” a place where scientists study dead bodies, in Colorado. But when they looked at the overnight video footage was that local feral cats were squeezing in behind the fence and feasting on the decomposing bodies. The two cats came most nights for 35 days to feed, and they ate right down to the bone, the Washington Post reported. Say what you want about cats, but they get the job done.

The corpse-eating cats didn’t want just any bodies, explained Sara Garcia, lead author on the paper, which was published in the Journal of Forensic Sciences. Cats are picky eaters. “Once they find a food that they like, they’ll stick with it," she said in the study Even though there were 40 corpses to choose from in the body farm, each cat kept coming back to the same body, proving their weird, ironic, loyalty.

None of this is particularly shocking to veterinarians because cats are, biologically speaking, smol, furry predators. It just confirms for the rest of us what we already suspect about our feline friends. “We had a cat that came in when her owner had died, and the report said that she’d eaten the person’s nose,” Mikel Delgado, a cat behavior researcher at the University of California at Davis School of Veterinary Medicine told the Washington Post. Corpse consumption doesn’t make your cat "bad," though, Delgado explained. “It’s not a behavior problem. It’s just a fact of life.”

None of this is particularly shocking to veterinarians because cats are, biologically speaking, smol, furry predators.

This research may seem a bit morbid at first, but frankly, I find it heartwarming. Hear me out. As a single person who lives alone with an absurd number of animal companions, I often worry about what might happen to them if anything bad happened to me. I can rest a little easier knowing that if I should die in some humiliating queer spinster slip-n-fall and can no longer feed my fur family by hand, well, they’ll just choose another piece of me to gnaw on.

More like this
No, the COVID-19 vaccine doesn't mess with your fertility. But COVID-19 can
By Ranjith Ramasamy
Here’s who might need a COVID-19 booster ASAP, according to Dr. Fauci
By Tracey Anne Duncan
Here's how scientists plan to create a less addictive opioid
By Aaron W. Harrison
Stay up to date