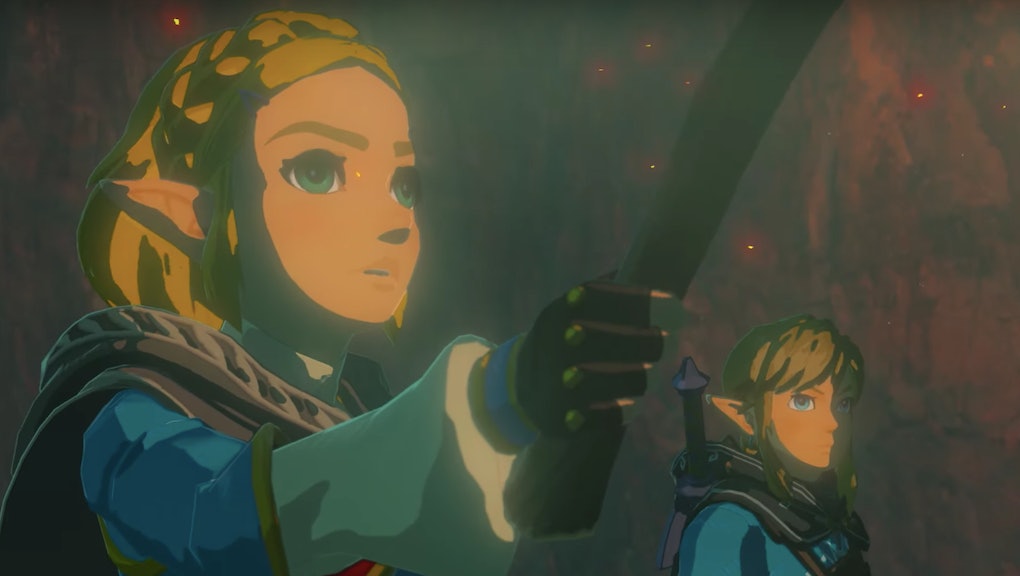 ‘Zelda: Breath of the Wild’ sequel previewed at E3 along with ‘Link’s Awakening’ Switch game

E3 has been a blast for video game fans all round the world who either attended the event in Los Angeles or watched the press conferences through streaming videos. Yesterday, Nintendo added to that excitement by treating fans to a wonderful surprise during their E3 2019 Direct. At the end of the Direct, the company revealed a very short trailer that announced the development of a sequel to The Legend of Zelda: Breath of the Wild.

This one-and-a-half minute trailer begins ominously with a slow heartbeat pounding as the video reveals a cavern. Magic swirls toward the center, drawing attention to what looks to be a corpse lying between bright green swirls and dark, blackened energy. A haunting chant plays as the scene shows protagonists Link and Zelda, the princess sporting a fresh new haircut, as they explore the cavern and discover the body. The video then flips through various scenes as the chanting and heartbeat grows faster, showing glimpses of the corpse, the energy enveloping it, Link and Zelda's perils in the cave, and the corpse coming to life. The video flips to a shot of Hyrule Castle rising from the ground before ending on the sound of the heartbeat, now beating healthily.

Nintendo hasn't revealed much else about the game other than the trailer. There is no projected release date, but the Nintendo Switch logo indicates the game is definitely meant to be on that system. Although the company tends to keep quiet about games in development until they're about ready to launch fans are already chomping at the bit to find more clues about the sequel wherever they can.

On Twitter, many players already expect the corpse to be Ganondorf — the series' infamous antagonist who appears in most of the Zelda games. The villain did not make an appearance in Breath of the Wild, but it seems his debut was meant for the upcoming sequel. Other fans noted the imagery used to depict the 'fearless knight' in Breath of the Wild's backstory showed a knight with red, flowing hair — another key Ganondorf characteristic. This has led to theories linking the two.

People have also noted the trailer's spooky atmosphere, which has them excited to see if it will follow the footsteps of previous Zelda titles such as Majora's Mask and parts of Ocarina of Time. Those games — despite the colorful, cartoon-like environment and characters — featured tense and at times surprisingly horrific plotlines that remained in the memory of many players as an example of a great and effective video game story.

Other fans hope the appearance of Zelda in adventuring clothes with Link implies a game mechanic that will allow her to either take part in fights or make her a playable character. This would be a big change for the series that many people welcome, as previous mainline Zelda games have focused solely on the player controlling Link.

With the announcement, Nintendo has sparked excitement and fan activity from Breath of the Wild players who want more of their favorite game. There is no release date yet, but Nintendo is bound to announce more details in another Direct in the future.

In the meantime, Zelda fans can look forward to the new Link's Awakening for the Switch — a remake of the classic Game Boy game. This installment stays true to the original title by keeping a top-down camera perspective and a cute art style that is absolutely charming. The game has moved from pixels to smooth, colorful 3D graphics that capture the original game's unique island perfectly. New features, such as the dungeon creator, should also keep the game entertaining for many months after players finish the main story.

Don't let the adorable graphics deceive you. Without giving away too many spoilers, Link's Awakening became a fan-favorite by throwing aside all player expectations with its unique, simple plot and surprising ending. Both new and old players will be able to enjoy this game when it releases for the Switch on September 20.