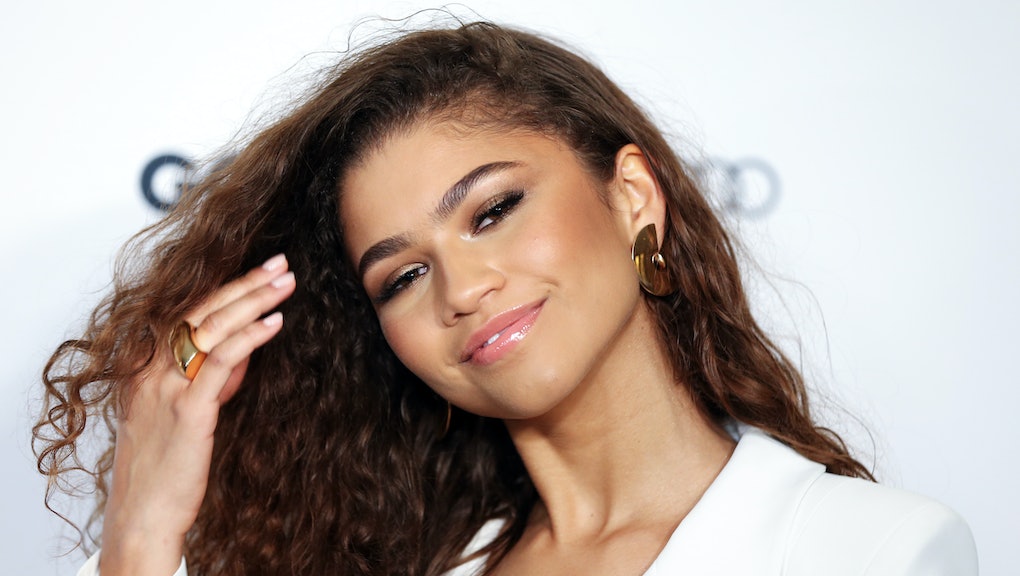 The future of film post-pandemic is looking a little brighter. Zendaya and John David Washington secretly shot a movie during quarantine helmed by Euphoria creator Sam Levinson, Deadline first reported. Malcolm & Marie was filmed from June 17 to July 2 at the Caterpillar House, an environmentally conscious glass home in Carmel, California, making it the first feature film to complete production amid the ongoing pandemic.

Production of Malcolm & Marie was approved by the WGA, DGA, and SAG-AFTRA and adhered to COVID-19 safety protocols. The project was Zendaya’s brainchild. Sometime after Euphoria season two production shut down on March 16, the superstar actress called up Levinson and asked him to write and direct a movie during quarantine. He wound up with the script for Malcolm & Marie six days later. Insiders told Deadline the movie has shades of Netflix’s Marriage Story, while resonating with social themes in the world right now.

To keep production lean and ensure they could shoot safely, Malcolm & Marie was bankrolled by its stars, Zendaya and Washington, as well as Levinson, his production partner and wife Ashley Levinson (Queen & Slim) and longtime producer Kevin Turen (Waves). Kid Cudi later came on as an investor, too.

The producers worked with doctors, lawyers, WGA, DGA and SAG to meet the necessary requirements to shoot, and it sounds like they took stringent precautions. The entire production team took multiple COVID-19 tests then quarantined in separate dwellings with their own HVAC units for two weeks — while doing socially-distanced rehearsals in a parking lot.

The Caterpillar House, the first LEED Platinum Custom Home on California’s Central Coast, was an idyllic location, because it’s surrounded by 33 acres of land, offering privacy and built-in distancing from anyone outside the movie’s quarantine group. The home is mostly ventilated by fresh air circulating through its glass doors, which health experts say is safer than forced-air heat or air conditioning.

Once production began, no more than 12 people were allowed on-set at any given time. Temperature checks were performed at the beginning and end of every day, and extra time was allowed for the crew to sanitize the set and gear. Cast members were in charge of dressing and mic-ing themselves.

Considering how much speculation there’s been about when or if Hollywood will get back to business as usual, Malcolm & Marie’s strikingly nimble production is a potential roadmap for other creators — provided they have deep enough pockets to bankroll the types of stringent precautions Levinson and his team put into place. Malcolm & Marie proves it’s possible, though. Plus, regardless of whether Tenet ever actually premieres in theaters, we now have another new John David Washington film to look forward to. That, in and of itself, is something to smile about.