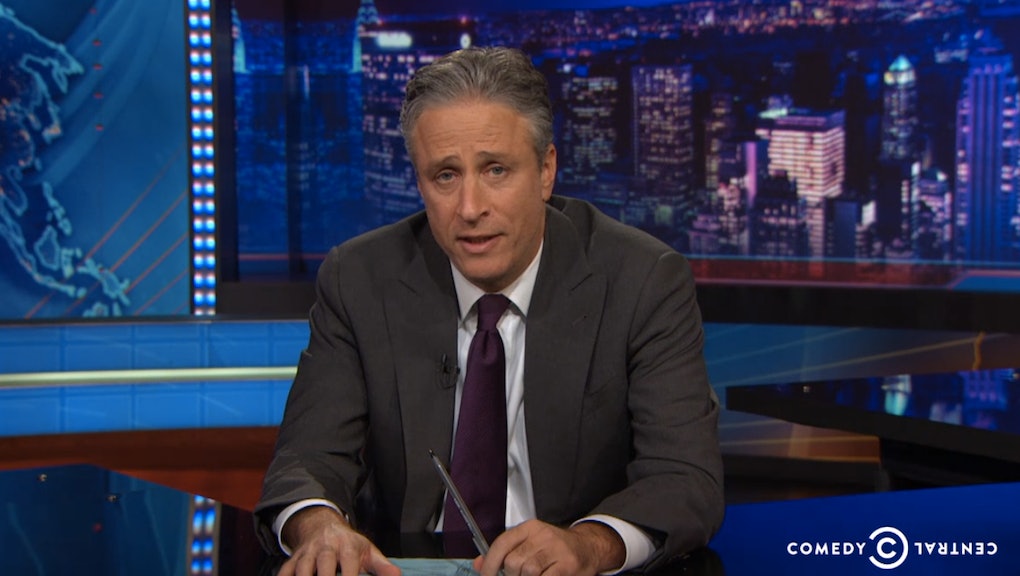 "I don't know. I honestly don't know what to say."

Not even Jon Stewart, the Daily Show host who has a comedic take on everything, could muster a joke about a grand jury's decision not to indict a New York police officer for choking a black Staten Island man to death. On Wednesday, Stewart opened the show poking fun at his recent bits surrounding last week's Michael Brown case as "catharsis, a way of processing emotion that might otherwise be undigested."

But it's hard to recover from a traumatic situation when the same thing happens again just a week later, he said. "If comedy is tragedy plus time, I need more fucking time — but I would really settle for less fucking tragedy," Stewart said.

Unlike the acquittal of Ferguson, Missouri, police Officer Darren Wilson, which was clouded in vagueness because of differing witness testimonies, among other things, there where no ambiguities in Garner's case. After all, it was captured on camera. "No crime, no trial, all harm and no foul," Stewart said.

"We are definitely not living in a post-racial society, and I can imagine there are lot of people out there who wonder how much of society we're living in at all," Stewart said, clearly still shaken and angered by the decision, which came down minutes before the show taped.

Even if it wasn't a full-blown takedown complete with clever graphics, seeing an emotional Stewart helped lay out Wednesday's events in a way that only he could do.