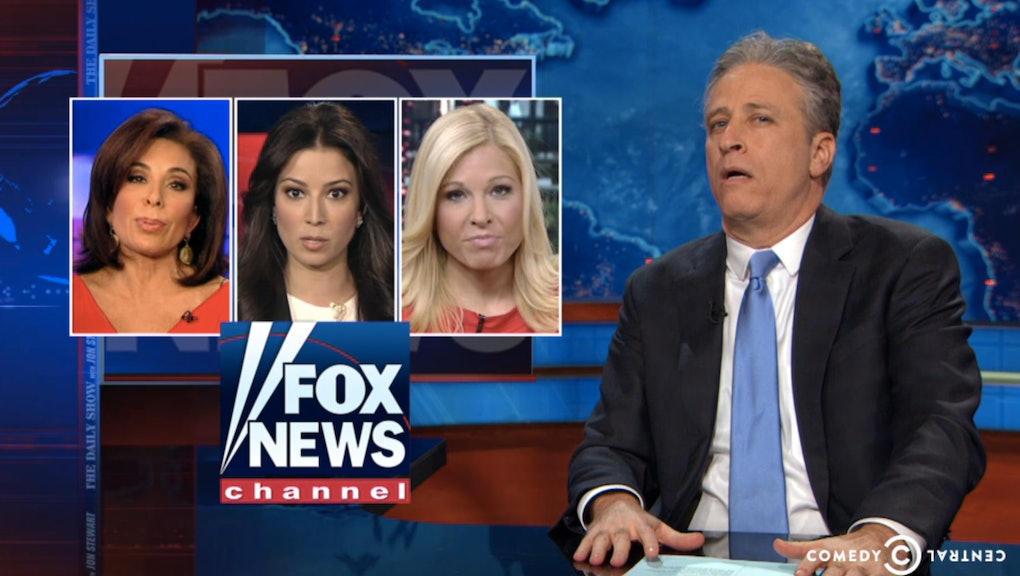 Jon Stewart is normally immune to the craziness that regularly appears on Fox News, but the factually challenged network did something last week that surprised even him: It apologized.

On (purportedly) law-focused program Justice with Jeanine Pirro, a "terrorism expert" said several European countries are cluttered with "no-go zones" that don't allow non-Muslims in. That falsehood quickly went viral, leading everyone, including world leaders, to mock Fox News, cornering the network into a rare apology.

"I'll be damned," Stewart said on Tuesday's Daily Show. "It's the rare Foxus Contritus, of legend."

It gets even more hilarious: Stewart referred to the apology given on at least three shows on Fox News, leaving him aghast that the network owned up to a mistake. "How bad does bullshit have to smell before the odor is detected by people who live on a mountain made of that substance?" he asked.

But, Stewart warns that the Sharia the "expert" warned us of might be creeping toward America, or at least in Alabama. Stewart sent corespondent Aasif Mandvi to investigate a recently passed amendment that tries Sharia out of the state. Mandvi found Alabama voters were mostly filled with xenophobia and fear from a hypocritical law that's never going to exist in the state.

While it's nice to see Fox News keeping itself honest — it does happen — it's even nicer to see Stewart keeping the networks honest, and Mandvi correcting a misinformed public.