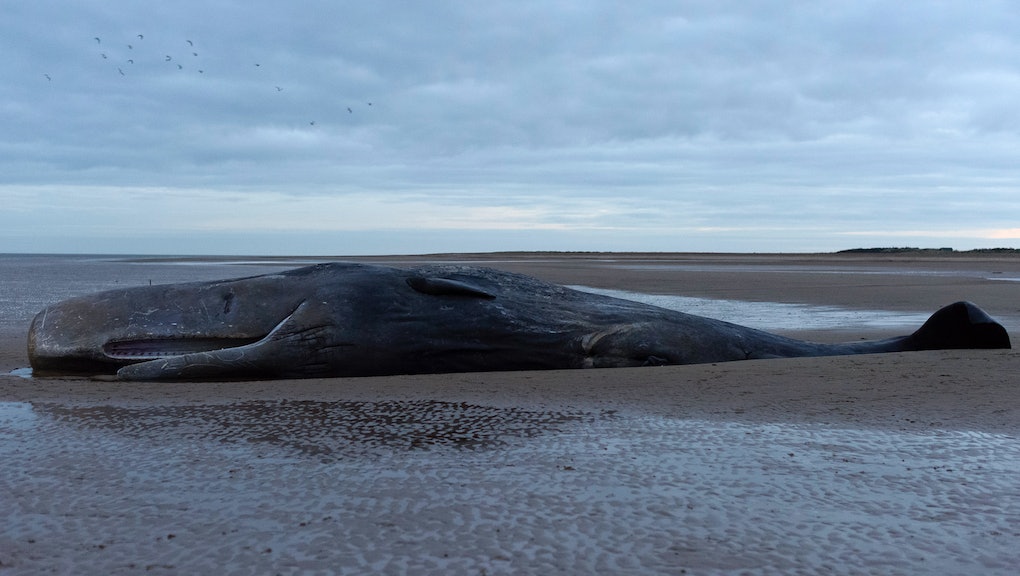 A 12-inch whale tooth, larger than that of a Tyrannosaurus rex, was discovered this month in Melbourne, Australia. Experts say it likely belonged to an extinct species of "killer sperm whale" that grew up to 60 feet long and weighed about 40 tons. Scientists estimate the tooth is about 5 million years old, making it the youngest killer sperm whale fossil ever found.

"After I found the tooth, I just sat down and stared at it in disbelief," Murray Orr, a citizen scientist who discovered the tooth, said after he donated the fossil to Museum Victoria.

Like its name suggests, these killer sperm whales were not the docile, squid-eating whales we know today. The teeth suggest they were vicious predators.

This is the first time we've found evidence that these whales lived outside the Americas, according to the museum.

"If we only had today's deep-diving, squid-sucking sperm whales to go on, we could not predict that just 5 million years ago there were giant predatory sperm whales with immense teeth that hunted other whales," Erich Fitzgerald, a paleontologist at Museum Victoria, told the Age.

If we find other teeth like this one, they'll probably be even bigger.

"It gets even more exciting, though, as this is the tooth of a whale which was not fully grown," Fitzgerald told the Age. "If the whale had lived longer, it would have been bigger."