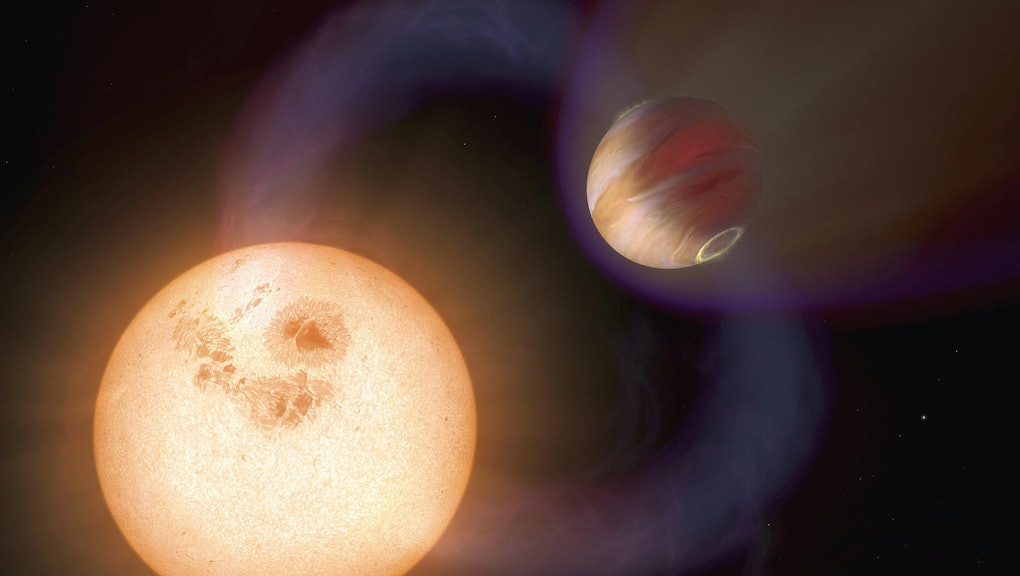 On May 10, NASA announced that it has validated an additional 1,284 exoplanets discovered by the Kepler Space Telescope.

This is the most exoplanets that have ever been announced at one time, Timothy Morton, a scientist who works with Kepler, said during a news conference. This announcement more than doubles the number of known Kepler planets, bringing the total up to 2,325.

This massive discovery gets us one step closer to figuring out if life exists beyond Earth.

"This gives us hope that somewhere out there, around a star much like ours, we can eventually discover another Earth," Ellen Stofan, NASA's chief scientist, said in a statement.

Previously, Kepler had only confirmed about 1,000 alien worlds. In the graph below, you can see the planets it has discovered since it launched in 2009.

Here, you can see how the size of the newly discovered planets breaks down. Almost 550 of them appear to be rocky, Earth-like planets, which are some of the most likely places we might find life beyond Earth:

Of the Earth-sized planets, about 21 are within the habitable zone of their star (the green band below), making it even more likely that they are potentially habitable:

Kepler uses the transit method to find planets, which involves waiting for a planet to pass in front of its host star where the telescope can detect a small dip in starlight:

This method isn't perfect, and it can lead to false positives. That's why astronomers have to carefully validate new planet candidates discovered by Kepler. These newly confirmed planets have a greater than 99% likelihood that they really are planets, Natalie Batalha, a Kepler mission scientist, said during a news conference.

There are an additional 1,327 potential planets that Kepler has found that will need further study before we can confirm them. These are shown in the dark grey part of the chart below.

Kepler had a close call back in April when engineers unexpectedly discovered the telescope was operating in emergency mode. They were able to get the telescope back online and working properly after a few days of work. This latest discovery is proof that Kepler is alive and well and isn't done exploring yet.

This discovery brings the total number of exoplanets that we've discovered up to 3,200, and 2,325 of them were discovered by Kepler. NASA is already planning follow-up telescopes, like the Transiting Exoplanet Survey Satellite and the James Webb Space Telescope that will be capable of discovering even more exoplanets and studying them in greater detail.