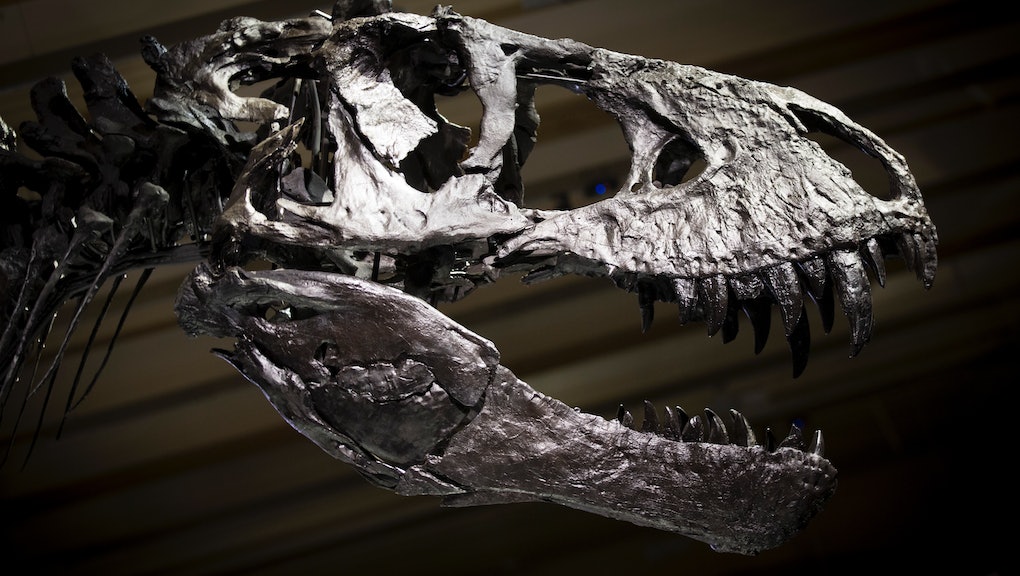 If your childhood was ruined when you learned your favorite dinosaur actually had a fluffy coating of feathers, get ready for another blow. A new study suggests Tyrannosaurus rex had giant, full gums and lips that covered much of their teeth — far different from the gnashing jaws we saw in Jurassic Park.

"In popular culture, we imagine dinosaurs as more ferocious-looking, but that is not the case," paleontologist Robert Reisz said in a news release.

Why lips? Reisz developed this hypothesis by studying dental anatomy and living relatives of dinosaurs.

Lips protect teeth from drying out and they help preserve the enamel. Since dinosaur teeth are often found with well-preserved enamel, Reisz concluded that dinosaurs likely had a protective set of lips to hydrate the gums.

Since T. rex and other theropods (a group of land-dwelling, carnivorous dinosaurs) spent most of their time on land, they probably had lips too. So, nope — probably not the toothy, terrifying beasts most people picture.