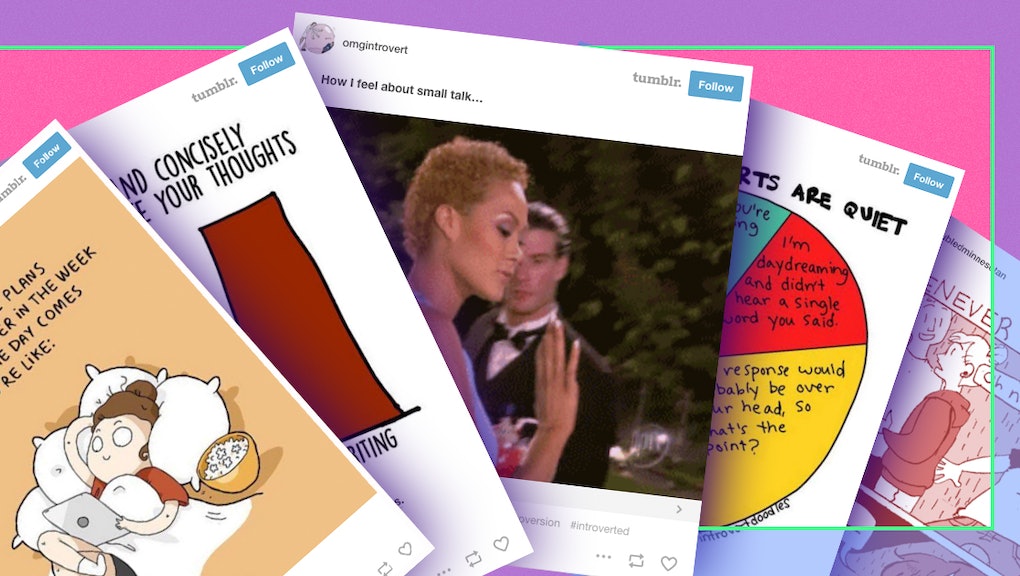 "You should socialize." "Aren't you lonely?" "So, you're socially awkward?"

These are a few of the things introverts hear quite often.

But as it turns out, someone with this type of personality is way more complex than usually thought to be. Some just like to be alone, while others are genuinely shy.

Below are 14 Tumblr posts that capture the true emotions, perks and struggles of having an introverted personality.

First off, there are many reasons why you are quiet beyond being shy.

And you prefer to get your message across in writing.

Because you hate small talk.

And prefer interacting with animals.

You don't like when people define you, because they're often wrong.

And you have no interest in becoming more extroverted.

You often don't feel like socializing, but quickly have major FOMO.

Yes, your head is often clouded with many, many thoughts.

But, that's also what makes you a good friend.

Even though you often prefer to be alone.

And speaking with people is sometimes exhausting.

So you strategically plan out how often you socialize.

And those few times you decide to, it stresses you out.

But you're happy with your personality, and in the end, that's all that matters.