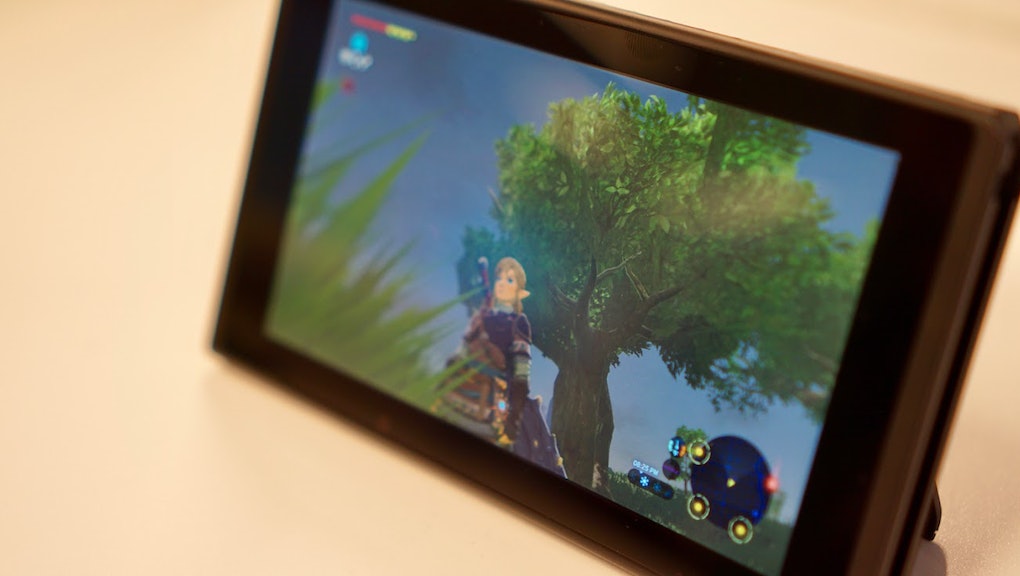 'Zelda: Breath of the Wild' Heat Resistance Armor: Location and guide for the Gerudo sets

Legend of Zelda's Link spent 30 years stuck in the same green tunic (with one brief sartorial stop in an extremely good crawfish shirt in The Wind Waker). So it's no surprise that in Legend of Zelda: Breath of the Wild (BOTW), Link is really feeling his equipment oats — specifically when it comes to clothing. Some outfits give him special moves: The Zora helm grants him the spin attack, the climbing set allows him to get to otherwise unreachable heights, and the barbarian set allows him to fell his enemies more quickly in combat. But if you're heading into the Gerudo Desert's extreme heat, you'll want some BOTW heat resistance armor.

If you'd like to know where to get heat resistance in Zelda: Breath of the Wild, you're in luck. There are actually two sets of heat resistant armor in the game, and you can wear either of them to gain this benefit.

Unless you've been hiding under a rock to avoid spoilers, you've probably found out by now that at one point in the game, Link has to dress in traditional Gerudo clothing in order to sneak into the women-only city — and he looks darn good doing it.

You'll get the full set as part of the "Forbidden City Entry" main quest. As long as you're following along with the quest once you get to the Gerudo Desert, you'll be one heat resistance set richer. To get it, IGN says that you'll need to talk to Benja at the shrine on the outskirts of town; Benja will tell you that men aren't allowed inside the town, but another man has successfully snuck in and out before. You'll find someone on the rooftops of Kara Kara bazaar, and once you compliment their appearance, they'll offer to sell you the Gerudo set for 600 rupees — so make sure you have the money before you climb all the way up there.

If wearing the Gerudo set isn't your thing, you can also get another set of BOTW heat resistance gear once you're inside the city proper, courtesy of the quest "The Secret Club's Secret." If you go to the back door of the Gerudo clothes shop, you'll be asked to provide a password: three letters and a symbol. Get it wrong and they'll turn you away, but get it right and you'll gain access to a secret shop.

According to TheUnstealthyNinjas on YouTube, to find out the password, eavesdrop on the conversation Sumati, Pyra and Yaido are having through the wall. They'll have a short conversation before saying out loud that it's "GSC," presumably for "Gerudo Secret Club," followed by a diamond shape. Wait a day if you screwed up the password to begin with, then head back to the back door of the shop. Give them the password, and they'll let you into a secret shop where you can buy the Desert Voe armor set for a combined 2,400 rupees.

According to Prima Games, the full Desert Voe set grants you shock resistance as well, so it's great to take into any area where you might experience some electroshock therapy. They also state that you can buy the full set in the Tarrey Town.

Find out all there is to know about Zelda: Breath of the Wild, including what to expect from the Wii U version; how to preserve your items; how to beat bosses like the Stone Talus, Lynel, the Guardians  and the Hinox; the best recipes for Link; and how to take on the game's shrines. You'll also want to find out where all the great fairies and available stables are in the game; how to use amiibo with your version of Zelda; and how to increase your health, stamina, and weapon slots.

This article was originally published on March 14, 2017