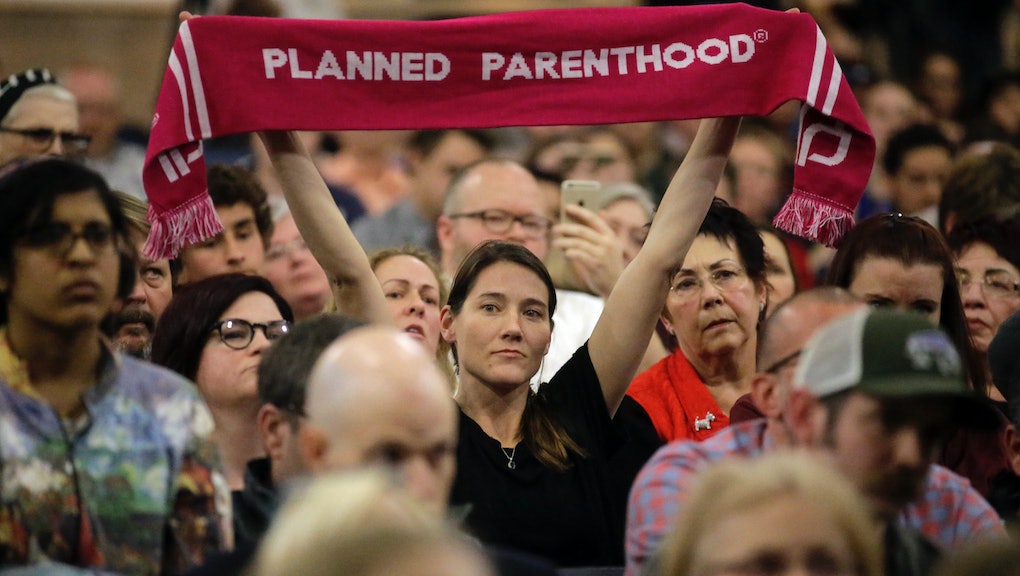 Defunding Planned Parenthood: Access to reproductive health services could hang in the balance

Across the country, Planned Parenthood is often the go-to provider of family planning and sexual health care for low-income people. Typical services include breast cancer screenings, STI tests, birth control medication and, yes, abortions — more than 320,000 from 2014 to 2015, the most recent data available, according to Planned Parenthood’s yearly report.

It’s that number that sends Republicans into a tizzy. Since 1973, when the Supreme Court ruled in Roe v. Wade that people have the right to have abortions, the GOP has sought to chip away at access to abortions through various means — waiting periods, parental consent laws, mandatory counseling, cutting funding to groups that perform abortions and so on.

As the country’s largest provider of abortions, Planned Parenthood is a favorite target of Republicans.

On the campaign trail, Donald Trump promised to defund Planned Parenthood. To see what’s likely to happen if he succeeds, Texas provides a good case study. In 2011, Texas Republicans slashed state funding for family planning from $111 million to $37.9 million, a move designed to throttle Planned Parenthood and reduce the number of abortions in the state.

While the abortion rate in Texas did indeed drop — about 14% from 2013 to 2014 alone — there were a number of other consequences.

The first was that the number of clinics that provide abortions were drastically reduced. A quarter of women’s health clinics in the state shuttered.

Many Texas women also lost access to care, as Joseph Potter and Kari White of the University of Texas noted in the Washington Post:

An unintended consequence of the law was that two-thirds of the clinics that closed were not even Planned Parenthood clinics. Organizations that remained open, many with reduced hours, were often unable to offer the most effective methods of contraception, such as IUDs and contraceptive implants, to women who wanted them. The closings and reduced hours also eliminated or cut back access to primary care providers for a significant number of women.

For many people who need reproductive health services, Planned Parenthood is the most affordable option when it comes to health care. If the GOP successfully strips the organization of its federal funds, costs for many of the services could be transferred to the patient. And those costs would further be exacerbated if the American Health Care Act, the GOP’s Affordable Care Act replacement, passes.

Out of pocket costs

Paying out of pocket for an abortion isn’t cheap. According to Clear Health Costs, a group of journalists committed to “bringing transparency to the health care marketplace by telling people prices for medical procedures and items,” an abortion can cost anywhere from $0 to more than $3,000. Medical abortions — the so-called abortion pill — are cheaper than surgical abortions.

Other services provided by Planned Parenthood, like birth control medication, could also be affected. Clear Health Costs found the price of birth control varies wildly: One popular pill, Tri-Sprintec 28, can cost $9 to $63, while another popular option, Yaz 28, costs anywhere from $68 to $112.

Republicans argue that whatever coverage is lost by defunding Planned Parenthood would be made up for by community health clinics. But, as Amelia Thomson-DeVeaux points out at FiveThirtyEight, many such clinics already have too many patients. Some wouldn’t be able to handle an influx of Planned Parenthood patients, and those that accept Medicaid might not be accepting new patients at all.