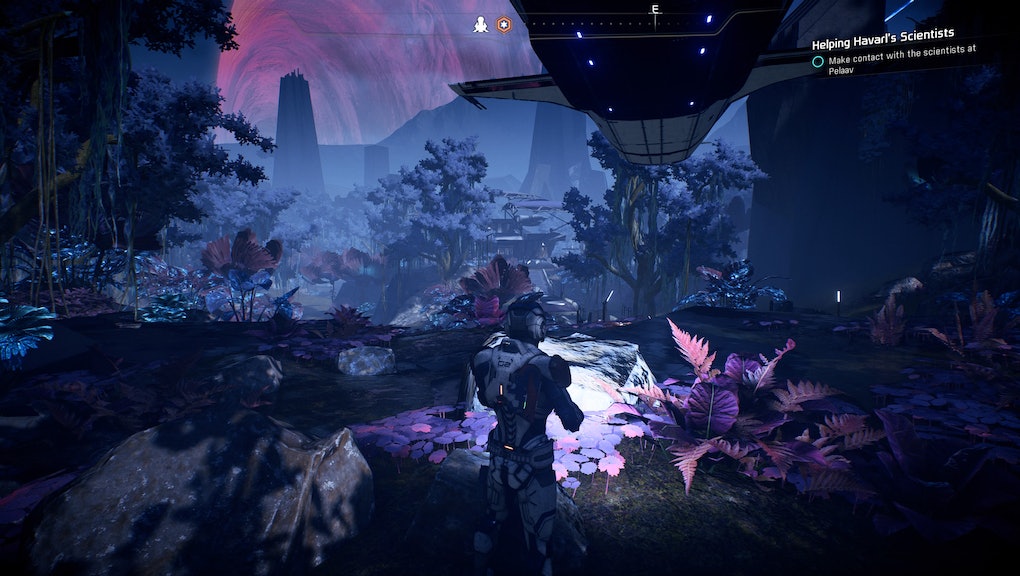 'Mass Effect: Andromeda' Havarl Vault: Location, guide and how to ascend it

Mass Effect: Andromeda has several mysteries you'll need to uncover, including the vaults on each planet filled with areas you can explore. They'll often have puzzles and other (more difficult) subsections, and you'll first have to find Remnant glyphs and solve puzzles to access them — but they're well worth the wait. Here's how you can access Havarl's vault, according to personal experience and some tips from Prima Games.

First of all, you'll need to be on Havarl, having completed the prior mission "Helping Havarl's Scientists." Find Kiiran Dals, whom you should have already been speaking to after this mission. You've already saved her scientist team from the Remnant monolith, so it's time to go back to her for another mission. She's full of gloom about Havarl and its increasingly austere conditions.

Her companion, Torvar, will tell you there's a mission monolith on the planet, so while you may normally have three to contend with, there's only two. You've got to resolve the issues on Havarl by resetting the vault.

From where you met Kiiran Dals, you need to look for the Chasm of the Builders. You're going to be on your way to Mithrava, the sanctuary. Once you get to the Chasm, take the path near the water and keep heading south. When you see a door that looks a little like a Remnant vault, you know you're in the right place. Enter through the door and look at the back wall, where you'll use your scanner to follow lines leading to a Remnant console. Activate the console.

Leave this area and go west to find a new Remnant platform. Make your way to the top of the pillar and head out on each ledge to pull yourself up. You'll eventually scale it all the way to the fourth level on top.

When you get there, you'll see a gravity well option. Use it to move through a room below, where you just traversed — you'll be taken to a tunnel instead. There's a bridge, so follow it to find another gravity well to use for crossing the Mithrava tower. Once you get to the top, leave the tunnel. You should be standing on a ledge.

Go around the ledge from the outside to the top of the Mithrava tower. Jump off the ledge and use your jump jets to break your fall to land on another ledge with a sharp drop. Follow the path stemming from that ledge and curve around past a statue. Fight off the enemies and seek out a Remnant console found near some glowing columns.

Use the console, which will make a ledge drop down. You can use the ledge to jump above the console to find a walkway. Follow it around to the pathway with other glowing columns. Drop down at the end of the path and you'll see another Remnant console. Use it to make a bridge you can cross.

Once you've crossed the bridge, defeat the enemy. Take the next ledge up and follow the path around. Keep climbing ledges until you see another Remnant console, which you'll use to form another bridge. Cross the bridge and go to the end of the path. Use the pillars to reach the ledge above, and keep climbing upward as much as you can. You should be met with a doorway that looks like a vault door. This is Mithrava tower's entrance, and you can go inside to meet Sage Esmus and start working on Havarl's vault missions!