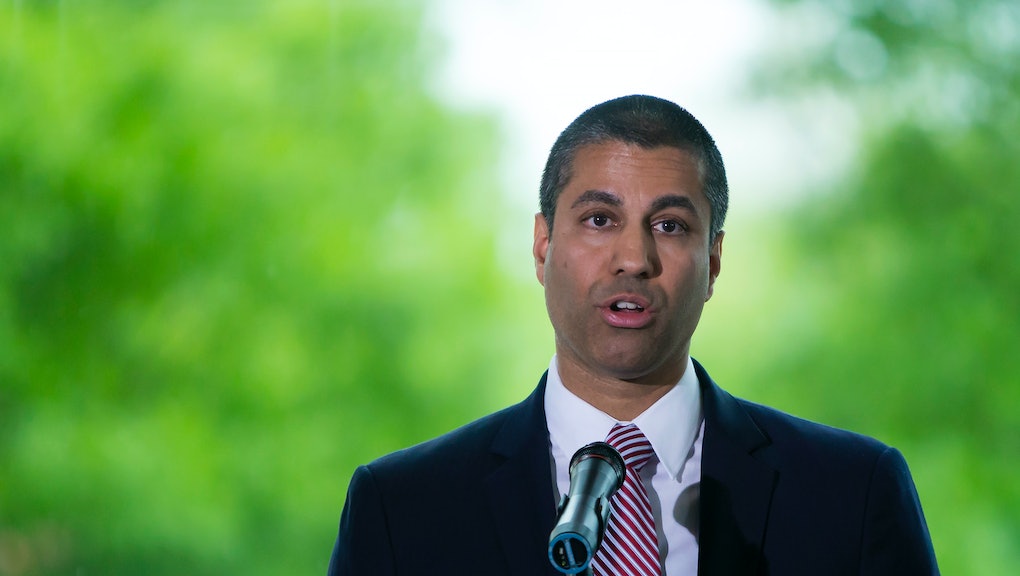 On Wednesday, Federal Communications Commission Chairman Ajit Pai announced a plan to roll back the FCC's enforcement of net neutrality, the principle that internet service providers should provide equal access to all applications of the internet.

Pai said he would introduce new rules revoking the 2015 Open Internet Order, according to Gizmodo. That order established the principles of the open internet in law and reclassified internet service providers as "common carriers" obligated to provide equal service under the Telecommunications Act.

"Two years ago, I warned that we were making a serious mistake," Pai said at the Newseum in Washington, where he laid out the plan in a speech, according to the New York Times. "It's basic economics. The more heavily you regulate something, the less of it you're likely to get."

In his speech Pai acknowledged that he is generally supportive of the principles behind net neutrality, but thinks classifying ISPs as common carriers was a step too far.

Pai's new plan would include only voluntary commitments by broadband companies, according to the New York Times, and the commissioner plans to seek advice from the public on how to best preserve basic open internet principles.

Hours before Pai took to the stage, 800 startups signed an open letter addressed to the chairman reading in part, "The success of America's startup ecosystem depends on an open internet with enforceable net neutrality rules, ensuring that small companies can compete on a level playing field without the threat that their services will be discriminated against by big cable and wireless companies ... Protect Net Neutrality. Don't Leave America's Innovators Behind."

Additionally, Michael Beckerman, chief executive of the Internet Association, said in a statement, "Rolling back these rules or reducing the legal sustainability of the order will result in a worse internet for consumers and less innovation online."

On the flip side, corporations which could potentially monetize a less equitable internet — by throttling competitors' services or those who use large amounts of data, for example — are coming out in support of Pai's new initiatives, setting up a battle for startups and ISPs. "We applaud FCC Chairman Pai's initiative to remove this stifling regulatory cloud over the internet," Randall L. Stephenson, AT&T's chief executive, said in a statement provided to the New York Times. "It was illogical for the FCC in 2015 to abandon that light-touch approach and instead regulate the internet under an 80-year-old law designed to set rates for the rotary-dial-telephone era."