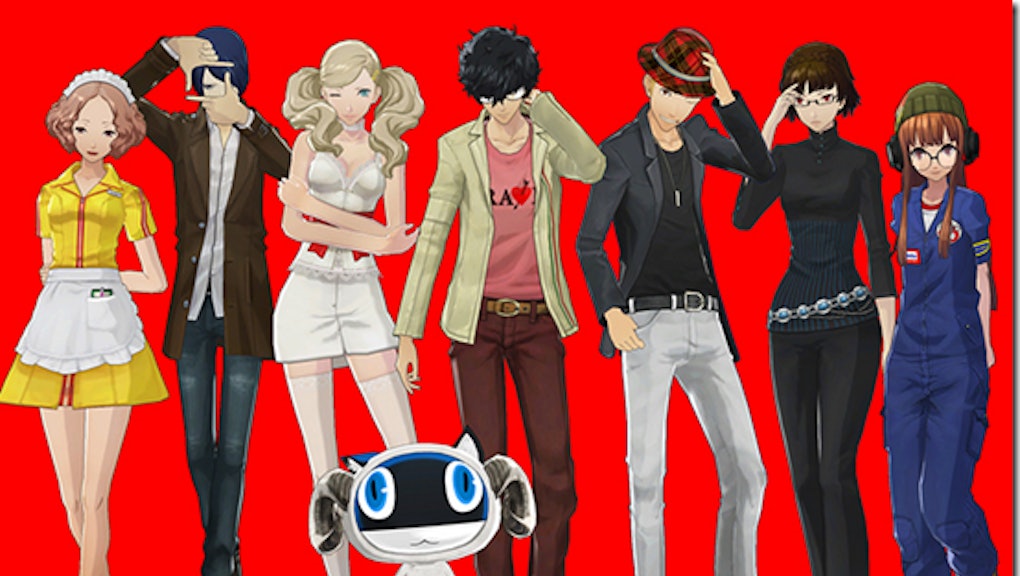 Persona 5 may have only released in April, but it's already providing players with a healthy selection of DLC to choose from. Atlus has given players the chance to dress their Persona 5 party members up as students at Gekkoukan High School from Persona 3 and Yasogami High School from Persona 4 already, and now it's time to add another popular Atlus title to the mix, and one that you may not expect.

Players can add costumes from Catherine, the quirky puzzler with dark secrets. If you're itching to outfit the Phantom Thieves with familiar clothing from the world of Catherine, you've got your chance as of today.

The Persona 5: Catherine Costume & BGM Special Set is available now via the PlayStation Store for both PlayStation 3 and PlayStation 4 versions of the game.

The Catherine costume set outfits your Persona 5 characters in the same clothing worn by the main players in the PlayStation 3 and Xbox 360 title from 2011. It'll run you $6.99 for seven costumes, a "Nightmare" battle theme and battle jingle, and the set-specific accessory "Lamb's Pillow." The set will cost you $6.99.

If you dig what the Catherine DLC is laying down, consider trying the game out as well!