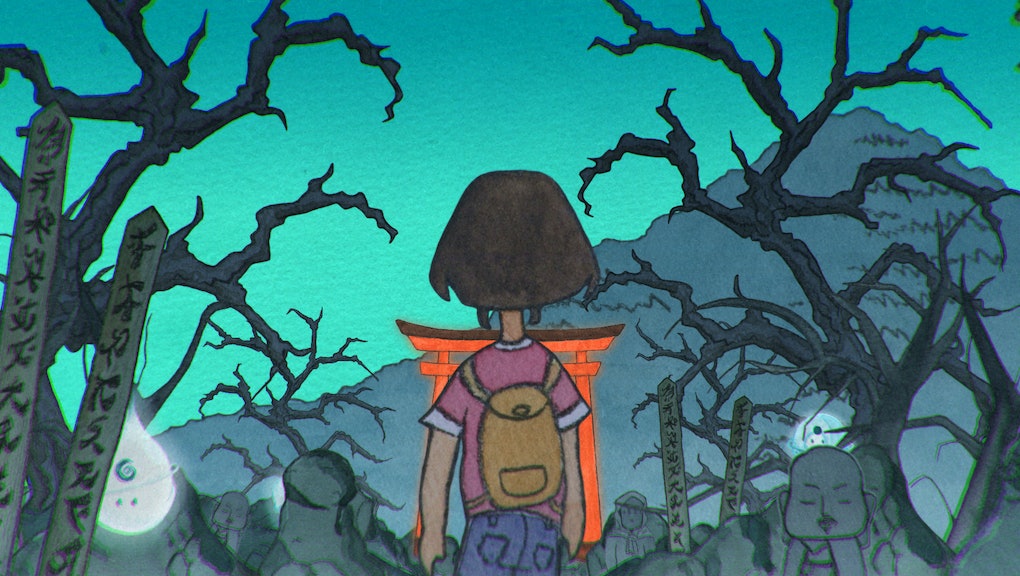 Most horror games these days rely on what developers think are creepy monsters, jump scares and plenty of gunplay. Yurei Station is a different riff on the horror genre with surreal storytelling, occasionally nightmarish imagery and otherworldly charm. Written and designed by Atelier Sentô, based on the developers' memories of living in Japan and the actual trains they rode on, it's a beautifully morbid and harrowing experience that's made even scarier with hand-painted graphics.

The game follows a young woman who's been receiving ominous text messages for months, seemingly referencing the last time she saw a loved one, possibly a boyfriend. For the sake of spoilers, let's just call them a missing person. The texts, written in Japanese katakana and hiragana, are often glitched out with bizarre, repeated information and simple phrases like "help me," "I see you" and other harrowing messages that no one probably wants to receive. The feeling of being under surveillance by beings you can't fully understand punctuates even the earliest moments of the game, and you're compelled to keep playing and digging into the woman's background.

She receives an imperative to board a bizarre train that seemingly doesn't exist after-hours from the strange text messages. You can read through the young woman's texts as chilling backward music permeates what would otherwise be silence on an empty train. It's more than a little unsettling, for sure. The young woman is alone on the train until she finally reaches her destination, an eerie stretch of land where she crosses through what someone in her past first described as "doors to another world."

Always feeling as though she's being watched, and even confronted by literal eyeballs around her, she eventually happens on an enormous face that invites her to come on in, where she finds something terrifying, oddly finding happiness in her discovery rather than being scared out of her mind.

But something's wrong, and we know this as viewers. It's not entirely clear if the young woman knows this or if she's under some spell as the game ends. Perhaps she's come to terms with what she finally happened upon, even if it wasn't the perfect ending she desired.

There are plenty of explanations for the ending, which you'll need to see unfold completely on your own. You'll have to check out Yurei Station, which is free via itch.io. It only takes about 12 minutes to complete, so if you've got some spare time and a penchant for games inspired by Japanese horror stories, you're going to love it.